In the wake of nearly two decades of study, debate, task forces and government programs, Canada's telecommunications regulator has begun to unveil its blueprint for ensuring that all Canadians have access to affordable, high-speed Internet services. 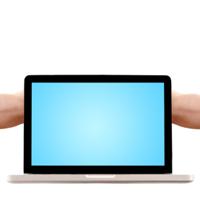 If the plan rolls out as many expect, Canadians in urban areas will benefit from a more competitive environment for high-speed network services, while consumers in rural and remote areas will be guaranteed access through a clear legal commitment to universal broadband service.

Part one of the blueprint was released last week as the Canadian Radio-television and Telecommunications Commission rejected opposition from large cable and telecom providers by ordering them to offer independent Internet providers wholesale access to emerging high-speed fibre networks.

The decision on wholesale access is the latest skirmish in a long-running battle pitting telecom giants such as Bell and Telus against upstart providers like TekSavvy and Distributel. Recognizing the advantages held by incumbent providers who enjoy direct connections to consumers (the so-called "last mile"), Canadian regulations foster a more competitive environment by requiring the incumbents to grant independent providers sufficient access to allow for alternative consumer choice.

The system has succeeded in developing some credible independents, yet the market remains dominated by the larger players. Part of the problem has been the steady stream of technical and regulatory challenges faced by smaller entrants, who seemingly have little choice but to take each dispute to the CRTC, leading to costlier offerings, slower speeds and less product differentiation.

The best-known dispute involved "usage based billing" in 2009, which threatened to eliminate independent provider plans with unlimited data and generated petitions involving hundreds of thousands of Canadians. The federal government responded quickly, with then-Industry minister Tony Clement pressuring the commission to reconsider a decision that placed the smaller providers at a distinct disadvantage.

The latest CRTC ruling was less about existing offerings and more about the future. As more consumers shift to higher-speed fibre plans, independent providers argued that similar wholesale regulations were needed to ensure that they could remain competitive. The incumbents countered by claiming that regulated access would decrease investment and that wireless and satellite services already provided viable alternatives.

The commission disagreed, structuring the future of wholesale access in a manner that creates incentives for both incumbents and independent providers to invest in their networks. Moreover, it noted that wireless and satellite Internet services "typically have limited bandwidth capacity and higher prices compared to retail wireline services, and as such, are generally not effective substitutes."

The decision will take some time to take full effect -- follow-up proceedings on the details are still to come -- but the CRTC has now created a framework to facilitate greater competition for Internet access as consumers migrate to faster fibre services. While that addresses the competition concerns in urban areas, it does not solve the access problems in rural and remote communities where basic affordable broadband remains an issue.

Solving the access problem likely falls to the other big CRTC telecom hearing on basic telecommunications services. Most participants agree that a 21st century definition of basic services should include broadband access. Where there is disagreement, however, is over what to do about it.

Consumer groups have called for the creation of two new subsidy programs to ensure that all Canadians have access to high-speed Internet services and that there is financial support for low-income households. Telecom providers have warned against new CRTC-backed funding mechanisms, arguing that the government should lead with targeted programs.

For Canada's telecom regulator, finding the right formula for ensuring affordable universal access is essential to completing the blueprint for the next decade of broadband Internet in Canada, which should feature a more robust competitive environment in urban areas and reasonably priced access for everyone else.