In October 2013, Bell announced the launch of a targeted advertising program that uses its customers' personal information to deliver more "relevant advertising." The announcement sparked hundreds of complaints with the Privacy Commissioner of Canada and a filing by the Public Interest Advocacy Centre over the same issue with the Canadian Radio-television and Telecommunications Commission. 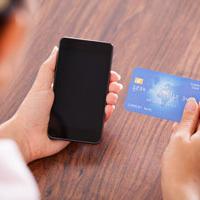 Is Bell's Plan to Monitor and Profile Millions of Canadians Legal?

Nearly a year and a half later, the complaints and filings remain unresolved. The CRTC case has succeeded in placing considerably more information on the public record, however, offering a better perspective on what Bell is doing and why its privacy approach falls short.

From Bell's perspective, the targeted advertising approach, which it calls RAP or Relevant Ads Program, does not involve the collection of additional information (it already collects whatever is being used), and the company allows users to opt-out of this use of their information if they so choose. Moreover, it argues that the program is similar to what telecom companies in the United States as well as Internet giants such as Google and Facebook offer.

Yet documents now available on the public record reveal that there are important differences that create serious privacy concerns.

Onus on the customer

First, Bell has adopted an opt-out approach, automatically including millions of customers in its targeted advertising program unless they proactively ask not to be included. In the U.S., some of the comparable programs are either opt-in or compensate users for the use of their information. For example, AT&T offers a discount on high-speed Internet services in some locations if customers allow it to track their web browsing history to deliver customized advertising.

Bell's opt-out approach places the onus entirely on the user, who may not recognize the privacy implications of the system nor feel that they can take the time to opt-out of every unwanted use of their information. The cost-shift to users is precisely why Canada implemented the do-not-call list (which allows for a single opt-out of all unwanted telemarketing calls) and anti-spam legislation backed by an opt-in requirement.

While marketers can usually count on few people opting-out, Bell has revealed that 113,000 customers opted-out of its program in the first year alone. That may be a fraction of the total number of Bell subscribers, but if more than 100,000 Canadians took the time to opt-out, there are likely many more that share similar concerns.

Second, Bell has access to customer data that is far more extensive than the Internet companies, who are largely limited to profiles based on Internet use. Bell acknowledges in the public record documents that advertisers can create profiles that include age, gender, account location (including postal code), credit score, pricing plan, and average revenue per user.

In addition to the use of financial information, Bell also tracks and retains individual Internet usage. The company offers advertisers profiles based on user interests, which are derived from the websites that users visit. Bell says that it retains Guavus, a U.S.-based data mining company, to assist in its efforts to assess Internet usage. It acknowledges that all website visits are logged for 30 days in a "probe buffer" and that all web addresses are logged in a "Context Awareness Engine" for 90 days. The logged information is not aggregated and can be traced to the specific individual.

Moreover, Bell has also built in the capability to track search queries by pulling search terms directly from website address requests. The functionality is currently disabled, but the company says that it envisions using search terms to developed a more detailed user profile to market to advertisers.

The combined power of financial data, location information, and Internet usage gives Bell a remarkably detailed profile of its users. While the company does not disclose the information to third parties, its use of the information still triggers Canadian privacy law. The full profile represents an enormous amount of personal information, which is why the company's opt-out approach leaves millions of Canadians with inadequate privacy protections.