In recent years, it has become fashionable to argue that Canadians no longer care about their privacy. Supporters of this position note that millions of people voluntarily post personal information and photos about themselves on social media sites, are knowingly tracked by internet advertising giants, and do not opt-out of "targeted" advertising from telecom companies. Yet if the past few months are any indication, it is not Canadians that have given up on privacy. It is the Canadian government. 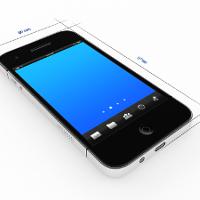 The public response to the tidal wave of stories regarding widespread surveillance, the 1.2 million government requests to telecom companies for customer information, and the growing number of security breaches suggest that many Canadians are deeply concerned about the protection of their privacy. However, many feel helpless in the face of recent revelations and wonder whether the government is prepared to tighten privacy rules and establish stronger oversight.

Unfortunately, the answer to that question is increasingly clear. Not only has the government largely abandoned stronger privacy protections, but legislative proposals currently before Parliament seem certain to weaken the current legal framework even further.

For example, Bill C-13, the lawful access and cyberbullying bill, raises such serious privacy concerns that Carol Todd, the mother of cyberbullying victim Amanda, pointedly told Members of Parliament studying the bill that "we should not have to choose between our privacy and our safety."

Much like the government's divisive approach to the last lawful access bill (in which then-minister of public safety Vic Toews infamously stated that people could stand with the government or with child pornographers), Justice Minister Peter McKay is again forcing Canadians to choose.

The latest bill grants telecom companies and other organizations legal immunity for the voluntary disclosure of their customers' personal information. Law enforcement officials have confirmed that this goes well beyond basic subscriber information and may include transmission and tracking data.

The bill also establishes a low threshold for warrants to access metadata, which numerous experts confirm may reveal private and sensitive information. Despite the concerns, no Canadian privacy commissioner will appear before the committee study the bill and groups such as the British Columbia Civil Liberties Association have been similarly excluded (I appeared before the committee last Thursday).

The situation is similarly grim with respect to Bill S-4, the Digital Privacy Act that is currently winding its way through the Senate. That bill expands the scope of voluntary warrantless disclosures of personal information by allowing for such disclosures to any organization, not just law enforcement.

Moreover, the law does not require telecom providers to notify customers of these disclosures, meaning that hundreds of thousands of Canadians remain in the dark when their information is voluntarily handed over to officials. In fact, telecom companies have thus far rejected calls for greater transparency on their disclosure practices, pointing to government rules that they claim prohibit them from opening up.

The government's decision to weaken privacy protection also extends to its unwillingness to rein in surveillance activities. While the U.S. has begun to reconsider its approach and to establish more effective oversight mechanisms, the state of Canadian surveillance remains shrouded in secrecy. Repeated revelations about Canadian involvement in global surveillance programs, including programs that have involved domestic interceptions, have been met with a collective shrug from elected officials.

As if to emphasize the point, last week the government named a senior Justice lawyer for the Canadian surveillance agencies as the new Privacy Commissioner of Canada. While past performance does not guarantee future policies (Chantal Bernier, Canada's interim Privacy Commissioner, came to the office from Public Safety), the decision to pass over several well-qualified privacy experts with commissioner experience sends an unmistakable message about the government's general view of privacy.

The bleak state of Canadian privacy is difficult to reconcile with a government that has prioritized a consumer perspective on telecom, broadcast, and banking issues. Further, conservative government policies are often consistent with civil libertarian views that abhor public intrusion into the private lives of its citizens.

But with Ottawa showing no signs of backtracking on its privacy reforms, Canadians can be forgiven for wondering how its government became so hostile towards their privacy at the very time that they woke up to the importance of the issue.