Friday marked the release of Canada's strategy for the future of our digital economy. While it demonstrates intent to regulate crypto-currencies, reform copyright law and increase broadband Internet in rural areas, the strategy lacks measurable targets. 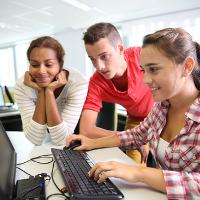 The release of Digital Canada 150 succeeds on at least three levels. First, it puts to rest the longstanding criticism that the federal government is uninterested in digital issues. Moore quickly emerged as the government's digital leader after taking the reins at Industry Canada. He promptly focused on wireless competition, spam regulation and now a digital strategy. After years of complaints that the digital strategy issue was Ottawa's equivalent of the "Penske File" -- all talk and no action -- Moore has acted.

Second, Digital Canada 150 demonstrates that the government has been more engaged on digital issues in recent years than is generally appreciated. Indeed, much of the document is presented as a report card, with the requisite check boxes on numerous legislative initiatives (copyright and trademark reform, spam), regulatory developments (wireless competition), and program funding (rural broadband, digital media). The message is clear: the broader strategy document may have been missing, but digital issues were not forgotten.

Third, Moore's document provides some guidance on future policy development. While there are few surprises, there is confirmation that the government plans to introduce private sector privacy reform, invest in rural broadband, introduce regulations on crypto-currencies, continue its welcome emphasis on open data, and push through lawful access legislation that has been framed as a "cyber-bullying" bill.

Despite these successes, Digital Canada 150 ultimately suffers from some notable omissions. For a strategy document, it is curiously lacking in actual strategy. The government updates Canadians on what it has done and provides some insight into what it plans to do, but there are few new strategies articulated.

Measurable targets and objectives typically guide strategy documents, yet there are not many to be found in Digital Canada 150. In fact, the most obvious target -- 98 per cent broadband access of 5 Mbps -- is slower than many comparable targets around the world and comes years later than the Canadian Radio-television and Telecommunications Commission's stated goal for the same level of Internet connectivity.

Further, the document never links digital policies with other government initiatives in a strategic manner. The government has emphasized its international trade agenda, but there is no effort to link trade agreements with a strategy to bring Canadian business online to market and sell to a global marketplace.

Similarly, Canadian foreign policy has adopted strong positions against authoritarian regimes, yet there is no strategy that combines that policy with one that prohibits the export of censorship technologies to those countries that repress free speech.

Digital Canada 150 is also largely silent on the issue of investing in the online environment. The recent spectrum auction generated billions of dollars in revenue, but there are seemingly no plans to directly invest the "digital dividend" on digital issues.

Most disappointingly, Digital Canada 150 lacks a big picture goal or target that might have made the whole greater than the sum of its parts.

There was no shortage of possibilities: a national digital library to revolutionize access in schools and communities; a rethinking of Canadian surveillance policy so that mounting fears of widespread surveillance of individuals might be addressed; structural separation of Internet providers; or a plan to join forces with the private sector to bring affordable access and computing equipment into every home in Canada.

These were the types of initiatives that might have captured the public's imagination and put an identifiable face on the strategy document.

Instead, four years of waiting has yielded a modest vision of Canada's digital future that frequently focuses more on what the government has done than on where it wants to go. Moore deserves credit for bringing the strategy to the finish line, but given the remarkable possibilities created by the Internet and new technologies, many Canadians were likely hoping for more.