This month marks some significant turning points in the history of television, although they may well pass unnoticed by much of the audience. 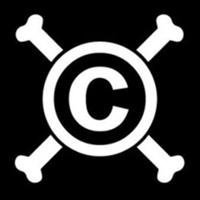 Everything You Know About Pirates Is Wrong

First, one of the suits in charge of the single most illegally downloaded season premiere in history, "Game of Thrones," decided to call this distinction a "compliment." Just when we expected him to pull a King Joffrey and scream, "Off with their heads!"

Unlike most of the suits in the various publishing businesses, Michael Lombardo, president of programming at HBO, has figured out that it's not so much "piracy" as "advertising," and it's a money-maker. He told Entertainment Weekly (with undisguised pleasure) that his show also has record-setting DVD sales, and has doubled its legal downloads. It turns out Game of Thrones is HBO's cash cow.

HBO also produces the critically acclaimed "Girls," featuring wunderkind Lena Dunham's take on 20-somethings. And HBO wannabe AMC is responsible for the critically-adored "Mad Men," the ultra-stylish look at 1960s America through the eyes of Madison Avenue ad men. But it's the convoluted fantasy soap opera full of incest and torture that is the big hit, not the more obviously art-y shows.

That's because having old media critics praise (or condemn) a show doesn't drive sales. But when your friends all start doing something -- even if it's reading an unbelievably bad book like 50 Shades of Grey -- then you have to do it too. Which is why piracy is actually the kind of publicity that no one can buy.

"One of my worries is about the copies [downloaders are] seeing," Lombardo told EW. "The production values of this show are so incredible. So I'm hoping that in the purloined different generation of cuts that the show is holding up."

"Winter really is coming," I thought, as this suit practically encouraged the mob to steal, all the while protesting that HBO still believes pirating is wrong, dammit, wrong.

It confirms what I've suspected: smart producers have figured out that the omnibus cable package -- where viewers are forced to buy a dozen tiers of crap programming in order to get access to the three shows they want -- is just as dead as the omnibus newspaper.

A report on cord-cutting by Convergence Consulting, a Toronto-based firm, notes that about 4.7 per cent of subscribers have abandoned cable, which sounds insignificant until you realize the people doing it are what the marketing world calls "influencers" -- the early adopters of any trend. Like bellwether sheep they lead the herd.

But what intrigues me most is how the changing behaviour is also changing the art.

Which brings me to TV turning point number two: "Nashville." The TV show about the rivalry between an aging country superstar, played by Connie Britton, and a country pop tart with a penchant for pink cowboy boots, played by Hayden Panettiere, is one of the best examples I've seen of an innovative way of reaching audiences. Although the show is struggling to find fans on network television, it will likely survive at least one more season courtesy of its chart-topping soundtrack.

It's part of the genre I call musical soap operas -- TV shows that are little more than story outlines off of which they hang the tunes that really tell the tale. Those songs are then sold through iTunes where they boost the show's revenues to the point that they sometimes turn the weekly episodes into little more than advertising for the albums.

The obvious winner in this category is "Glee," where the characters are ciphers used to make a point about bullying or eating disorders or some other motherhood issue punctuated by fabulous song-and-dance numbers. So good are they at giving old songs a show tunes makeover that they've resurrected aged earworm factories like Journey. Meanwhile "Smash!," a series that was so badly written and performed it was hard to believe it made it past episode three, stayed afloat for two seasons on the strength of the soundtrack.

Artistically, Nashville is a cut above both. And while the writing devolves into that sloppy soap opera drivel that fails both the actors and the audiences, the music -- which makes a weekly plea for artistic integrity -- has created a fully-realized world.

Producer Callie Khouri gets credit for this show, but it's obvious her husband T-Bone Burnett, the legendary music producer, is the creative heart of the project. The story might be promoted as Reba McEntire meets Taylor Swift, but he populates their fictional world with the full range of country music, from cheesy pop to alt-country. There's Southern rock, a little blue grass, the occasional old-timey song. What the characters sing tells you who they really are.

The big hit has been the fictional up-and-coming folk duet, reminiscent of Americana acts like the The Civil War. Scarlett and Gunnar's dark, poignant ballads are written for the show and are the highlight of most episodes. Actors Clare Bowen, an Australian, and Brit Sam Palladio were obviously chosen for their musical chops.

At first I thought "Nashville" was just doing a country song come to life, but the musical side of the show pits a cynical commercial pop factory against some of the rich artistry also on display. The Stella sisters, a pair of precociously talented Canadians, 13 and 9, play Britton's daughters who are styled as music's uncorrupted soul. Lennon and Maisy are well known as a YouTube Sensation (it's a thing) covering pop singles and country classics, and the show rewrote the original part for a six-year-old daughter to include both girls.

Then the show has the Stella sisters covering "Telescope" in the unadorned way talented kids in real life are doing overproduced pop hits. Of course they do it better -- here with just a guitar and some clapping for a rhythm section.

And how do I know all this, given that I only screened the show's debut episodes? Via iTunes, of course. And YouTube. I'm a music junkie. And I've been following most of the season via the music. Last week I saw the Stella sisters doing a cover of the Lumineers hit "Ho Hey" that's better than the original, which got me to thinking -- and sent me to play catch-up on the series.

The show could just be using a real life marketing trick popular with YouTubers who attract attention by covering a hit. (When fans Google for a pop song, it turns up every amateur doing the cover. This is how people like the Stella sisters got to be Internet Famous in the first place.)

But I think the producers are doing more than just pulling viewers with an advertising technique, although it is a clever way to reach audiences who have abandoned network television. They're actually telling a story that is far more interesting than the one in the script, and they're telling it in a new format, via music and social media.

While everyone else rings their hands over digital disruption, I think the smart, creative people have just decided to make a virtue of necessity.

"Nashville" is worth a look, by the way. The writing sometimes makes me wince, but the Cult of Britton tells us their girl can do no wrong and Panettiere gives such a brilliant performance as the obnoxious Juliette Barnes that she may well have Taylor Swift penning songs about her.

As for "Game of Thrones": go ahead and download if you don't mind an inferior picture. We now have it on good authority that no one minds.