[Editor's note: A version of this was first published on The Tyee's political news blog The Hook on Friday.]

As the omnibus budget Bill C-38 marches forward with the weight of the Conservative majority government behind it, opposition groups continue to search for ways to block it. 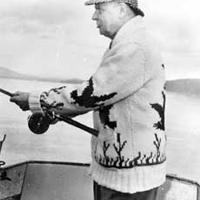 Groups like Environmental Defence, Greenpeace, the David Suzuki Foundation and others have partnered together to organize a nation-wide online protest called BlackOutSpeakOut. First launched May 7, over 400 confirmed participants had by last Friday committed to darkening their websites in protest of the budget bill today, Monday, June 4.

On Friday Stephanie Kohls, communications director of Environment Defence, predicted the number would grow over the weekend.

"We could be at 500 by Monday. I don't know, because they are coming in fast and furiously," she said.

Ecojustice executive director Devon Page said his organization helped launch BlackOutSpeakOut due to the changes Bill C-38 would make to Canada's environmental protection legislation, and concerns about packing together so much new legislation into one massive bill.

"The changes are about as harmful as they could be," Page said, referring to the bill's proposed changes to the Fisheries Act and the Environmental Assessment Act, which would decrease the protection of fish habitat and cause the number of large projects being assessed to significantly decline.

BlackOutSpeakOut states on its website that "proposed changes in the budget bill will weaken environmental laws and silence the voices of those who seek to defend them."

Tyee not blacked out

The Tyee, however, will not be darkening its pages today. The Tyee's role is to "report on social change, rather than try to participate in social change in a campaigning mode," explained editor David Beers.

"The blackout campaign is just that -- a campaign. As such it's an important moment in the country's ongoing conversation about democracy and the environment. The Tyee is a news organization, not a campaigning organization. We're pleased to be able to report on the campaign and bring that information to our readers. However, although we share the fact that we're a website with some of these participants, we don't view ourselves as a campaigning organization," Beers said.

Inspired by BlackOutSpeakOut, the youth-led non-profit group Leadnow is also protesting the bill, searching for 13 "heroes" among Conservative members of Parliament to put a stop to the legislation.

Through local volunteers, the group organized more than 25 rallies on Saturday, June 2 at the offices of Conservative MPs across the country.

Leadnow's executive director Jamie Biggar hopes the rallies will show MPs what he sees as the widespread unpopularity of the bill and convince at least 13 to vote against it.

"It is essential that Canadians begin to rally and call on their Conservative MPs to represent their constituents and a majority of Canadians by stopping this bill, spreading it apart and asking Canadians to help make a bill that will work better for all of us," Biggar said.

'Entire gov't agenda rolled up into one': Leadnow's Biggar

Other critics of Bill C-38 include former Conservative cabinet members.

According to the Hill Times, former fisheries minister John Fraser is opposed to the bill, saying: "Any pretense that anybody makes that we can't deal with our economic and fiscal issues other than an omnibus bill of this nature which includes a whole bunch of other things, all of which are important, is in my view just absolute nonsense."

Biggar equates the 425 pages of legislation in Bill C-38 to an entire government agenda rolled up into one. The bill would raise the retirement age to 67 from 65, roll back various environmental protections,  and "centralize decision-making around massive pipeline projects into the prime minister's office... taking away local community input," among other things, he said.

"Changes to over 70 different laws are being wrapped into one law, and it's being rushed through without a chance for proper debate or scrutiny," Biggar said. "If it passes unchanged, this omnibus budget bill will put a black mark on Canadian democracy."

In North Vancouver Saturday, a rally in front of the office of Conservative MP Andrew Saxton was organized by Richard Vickery, a political science major at SFU.

"I don't like a lot of what the Conservatives are doing to the state of Canada," he said.