The battle over the Stop Online Piracy Act in the United States may have concluded with millions of Internet users successfully protesting against the bill, but many Canadians are buzzing about the possibility that some of its provisions could make their way into a copyright bill currently before the House of Commons. 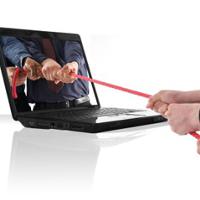 The Day the Internet Fought Back

For months, the public focus on the bill has centred on its restrictive digital lock provisions, which provide legal protection for technical protections found on DVDs, electronic books, and other digital content. Dozens of organizations -- including businesses, the Retail Council of Canada, creator groups, consumer groups, education and library associations, as well as representatives of the visually impaired -- have argued that the government's approach is overly restrictive and will upset the traditional copyright balance. They note that restrictive rules do not penalize pirates, but rather Canadian consumers and businesses.

Yet behind the scenes, the same lobby groups that promoted SOPA in the U.S. have been pushing for drastic changes to the Canadian bill that would make it even more restrictive by limiting new consumer rights, expanding potential liability, and importing provisions similar to those found in SOPA.

For example, the music industry has asked the government to insert language similar to that found in SOPA on blocking access to websites, demanding new provisions that would "permit a court to make an order blocking a pirate site such as The Pirate Bay to protect the Canadian marketplace from foreign pirate sites." Section 102 of SOPA also envisioned the blocking of websites.

Several lobby groups, including the music, movie, and entertainment software industry, also want language similar to that found in Section 103 of SOPA, which spoke of sites "primarily designed or operated for the purpose of... offering goods or services in a manner that engages in, enables, or facilitates" infringement. That section raised fears that it could be used to shut down mainstream sites such as YouTube.

Lobby groups have denied that sites like YouTube are the intended target, yet ongoing litigation between Google (which owns YouTube) and Viacom in the U.S. demonstrates how the provision can easily be misused and could create a huge chill in the investment and technology community in Canada.

Proposed changes 'anything but minor'

Music industry lobbyists are perceived to be major supporters of Bill C-11, but a few groups have demanded more changes to the proposed legislation. In fact, when industry lobbyists appeared before a House of Commons committee reviewing the bill, one Member of Parliament commented that their demands were "substantial" and "anything but minor."

In addition to the SOPA-style reforms, the industry is seeking new injunction powers to remove content from websites and wants Internet providers to implement policies on allegedly infringing subscribers that could lead to the termination of their Internet service.

Last week, Government House Leader Peter Van Loan indicated that the government hopes to pass Bill C-11 within the next two months, suggesting that the controversial copyright bill could be placed on a legislative rocket docket. Should the government follow through on lobbyist demands, it would leave Bill C-11 virtually unrecognizable with restrictive digital lock rules, SOPA-style site blocking, and severely limited consumer exceptions.