What if you knew that half the world's population was being tortured, and there was a simple way to set them free? 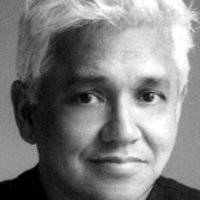 Would you protest? Make demands that these people be rescued from their misery?

If so, you'd be demanding not that they be let out of dungeons, but that a common drug you take for granted be liberated and made available.

Citizens of more than half the world's countries have little or no access to morphine -- and that allows preventable pain to flourish and torment hundreds of millions of people.

"For a victim of police torture, they will usually sign a confession and the torture stops," says Diederik Lohman of Human Rights Watch. "For someone who has cancer pain, that torturous experience continues for weeks, and sometimes months on end."

You might think a film about pain would be a tough sell in a media market addicted to feel-good stories. But that didn't prevent a team of students and teachers from the University of British Columbia's Graduate School of Journalism from making Freedom from Pain, airing today on Al Jazeera English and watchable online here.

The documentary exposes a global health crisis just beginning to come into focus. Unmanaged pain has often been under-reported. Headlines tout breakthroughs in treatment, but as people live longer with advanced illness, one unintended outcome is their suffering may actually be prolonged with little access to pain relief.

Overshadowed by high-profile disease-curing campaigns and a global war on drugs that demands zero tolerance, pain treatment for advanced illness is often overlooked as a global health priority.

And contrary to other drug shortages around the world that make bigger headlines, money isn't the real obstacle to making morphine more widely available. The drug, after all, costs just pennies a dose. Instead, as the viewer of Freedom from Pain learns, it's cultural bias, over-zealous drug warriors and lack of education that keeps morphine jailed and away from those who pray for delivery from their suffering.

To tell the story of global pain, the IRP used a team approach, sending groups to three very different countries to capture the varieties in access to pain medication across the globe. They found similarities and differences -- and in one country, an emerging model for best practices.

As Robyn Smith, a UBC grad who worked on the documentary and now writes for The Tyee describes it:

"In India, a world powerhouse in the production of medicinal poppy, each state adopts different rules for morphine access. The team visited regions where narcotics laws are so strict that doctors fear prescribing it, and patients literally scream for relief. Yet with concentrated efforts by pioneering doctors like M. R. Rajagopal, that painful reality is slowly changing. Now, in the small state of Kerala, morphine flows freely.

"In Ukraine, access to pain medication is halted by outdated, Soviet-style bureaucracy, arbitrary limits on doses, and a lack of oral morphine. As a result, many patients experience prolonged bouts of untreated pain, particularly in rural areas. Until the Ukrainian leadership acts to remove these barriers, it falls to individuals to ensure that patients in pain get the drugs they need, using whatever means necessary -- risking prison, in some cases.

"But in Uganda, a breakthrough in the battle against pain. Local solutions developed in the war-torn African country, like the ready availability of drinkable morphine, are now cited by experts as a potential model for pain treatment, which could be implemented elsewhere.

"Yet there is hope. In these countries ravaged by pain, a growing force of doctors and advocates continue to battle bureaucratic systems and laws to get morphine to patients who need it most."

"This story about global morphine shortages is one of those stories that both the media and the medical community have overlooked," says Peter W. Klein, who led the project. "I'm proud we've been able to shed light on this hidden human rights crisis."

Klein, a former 60 Minutes producer, was recently named director of UBC's School of Journalism. He was instrumental in founding the school's International Reporting Program (IRP), which is funded by a gift from Alison Lawton and Mindset Social Innovation Foundation.

The half hour documentary Freedom from Pain airs on the Al Jazeera English program People & Power at 3:30 p.m. PDT on Wednesday, July 20. The documentary will also stream here.