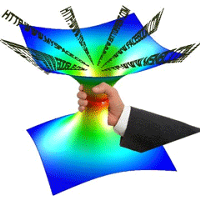 These included new transparency obligations that forced ISPs to disclose their network management practices, such as why the practices were introduced, who will be affected, when it will occur, and how it will impact users' Internet experiences (down to the specific impact on speeds). The CRTC also opened the door to complaints about network management practices by establishing a test that any harm to users be as small as possible.

Several months later, Canada's ISPs have had ample time to comply with the new requirements. However, a review of the policies from the biggest ISPs -- including Bell, Rogers Communications Inc., Shaw Communications Inc., Telus, Cogeco Inc. and Groupe Vidéotron -- reveals a decidedly mixed bag.

Two of the six providers -- Telus and Vidéotron -- do not have explicit network management practice disclosures, since neither currently uses throttling or traffic shaping technologies that limit the speeds of some applications. Of the remaining four providers, none make it easy to find the disclosures, and at least two may not be compliant with the new CRTC requirements.

Vague reassurances from some

Bell features the most detailed disclosure, providing specific information about its policies and their impact. While critics may object to the positive spin the company uses to describe limitations on its service, it has done precisely what the CRTC asked. The Rogers policy is not quite as extensive, but it also covers similar terrain -- including a description of the policy, the frequency of traffic shaping, and the resulting limitations in service (including the specific impact on speed).

By contrast, neither Shaw nor Cogeco appear to meet the CRTC requirements whatsoever. Shaw's policy, which can be found within its terms of use, does not disclose the actual speeds users encounter when it throttles peer-to-peer activity. Cogeco, which implausibly claims that "customer experience is never affected by the application of [its] measures," similarly does not disclose the speeds that result from its throttling practices.

Not only are these two providers arguably failing to meet the transparency requirements, but some traffic management practices may be ripe for complaint.

Telus and Vidéotron once again get a pass, since neither use throttling technologies, opting instead for economic measures that add additional costs for heavy broadband users. Shaw's policy also appears compliant with the CRTC minimal harm threshold, since it limits its throttling practices to actual instances of congestion on specific segments of its network.

Meanwhile, Rogers and Cogeco continuously throttle all upstream P2P (peer to peer) traffic. Both providers admit that the limits on their service occur on a 24 hour, seven day basis, regardless of whether the network is actually experiencing any congestion. For example, Cogeco claims "it is [our] experience that congestion created by P2P can occur at any time within a 24 hour period." This may be true, but the failure to limit throttling activities to instances of actual congestion is surely grounds for a CRTC complaint.

While Bell limits its throttling practices to specified periods, its defined period is so broad that it too may be the target of a complaint. Bell discloses that its throttling practices, which target upload and download traffic, run from 4:30 p.m. to 2 a.m. By covering nearly half the day, the company could face questions about whether the policy limits harm as much as reasonably possible.

The CRTC's net neutrality guidelines garnered well-deserved plaudits last year, but the true test will be whether the guidelines can be enforced effectively. Last month, the CRTC sent letters to several ISPs -- including Shaw, Rogers, Cogeco, and Bell -- seeking action. The ISPs have yet to respond.