Children are known to give honest opinions — and that’s partly why authors Jen Sookfong Lee and Lois Peterson gravitated towards children’s literature. Both found it liberating to receive honest reviews about their works-in-progress from their kids and grandkids, respectively.

In return, these authors want to have a candid conversation with youth about homelessness and migration during their “Home Truths” event at this year’s Vancouver Writers Festival.

Lee’s book Finding Home: The Journey of Immigrants and Refugees explores the challenges that immigrants and refugees face coming to Canada. Peterson’s book Shelter: Homelessness in Our Community, debunks common myths and lists actions that will help ensure safe homes for everyone. Peterson was previously the director of a homeless shelter.

Both out with Orca, the books contain the testimonies of people from all walks of life. Together, the authors redefine what home really means.

“Home Truths” will take place on Oct. 19 at 11 a.m. PDT via YouTube and challenge students in grades 4 to 7 to look at homelessness and migration with compassion. All of VWF’s youth programming is online and free this year.

This interview has been edited for length and clarity.

The Tyee: Why did you decide to tell these stories?

Jen Sookfong Lee: At the time I started writing, Donald Trump was talking about building a wall to keep people out on the U.S.–Mexico border. And he was characterizing people seeking asylum as criminals, and worse. It just seemed like a terrible human rights violation to me, and I thought that if you’re nine and you’re watching the news and you hear the leader of your country or the leader of the world’s most influential country calling asylum seekers these things, you might think that’s true. I was really determined to explain to children that seeking safety and seeking asylum is actually not a crime. It’s a basic human right.

Lois Peterson: What I was aware of is all the misinformation out there, all the misapprehension about why people are homeless, how they live, what they need in order to change their lives. Because children inherit so many of their opinions from adults, I wanted kids to have a chance to look at information that gave them a chance to make decisions themselves. When I started, I needed a slugline for myself as I developed the book idea, and I came up with the two words “pragmatism” and “compassion,” because I think at the same time, I wanted to show how we needed to approach it with compassion.

Were there any other artists or authors who were sources of inspiration?

Peterson: For me, there were loads of people writing about homelessness in fiction, which was really cool because they could learn about and then extrapolate it and apply it in a more free, open way. Cristy Watson had written a book called Living Rough for Orca. Susin Nielsen, near the end of working on my book, had written a youth novel about a boy living with his mother in a van. People were writing fiction that I found quite inspiring because they could move it beyond the hard, on-the-ground facts and bring it to life in a fictional way.

Lee: I was very much thinking about my grandfather. He wasn’t the first person in my family to go to Canada, but he was the one who established everything here and did everything to get everybody else here. And that was really the driving force for Finding Home, which was an interesting process, because he was also the driving force behind my first novel. I joke that he haunts me in the most benevolent, kind and gentle way. My joke is that he’s been haunting me all this time, because he was a very quiet man in real life, and he never told us how hard it must have been for him. And I think sometimes, in his afterlife, wherever he is, he’s quite ready to talk now. I like to say that I get to listen to him, and I do think he wanted me to write this book for kids too. I know I sound like such a weirdo when I say it, but I think it’s true.

You’ve both done an incredible amount of research. What are the biggest takeaways from your books and what takeaways do you hope your audience will have? 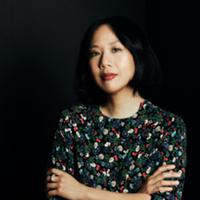 Lee: One of the things that I discovered while reading this book is that currently, there are more asylum seekers, refugees and displaced persons [than at] the end of the Second World War. We’re in literally the worst humanitarian crisis since, and I think that’s really important for people to understand. The only other thing that made it worse than what we’re in now was the Holocaust. The difference now is that there are very many different areas of conflict that people are fleeing — and not just conflict. People are also fleeing things that are related to new laws restricting, let’s say, rights for women. And for me, that’s a really important thing to understand, that the idea that we can close down our borders is actually not what we should or can do.

Peterson: I wanted to understand what causes people’s resistance to people who are other than them. Whether it’s because they’re homeless, because they behave differently, because they look different. I think it’s necessary to analyze that kind of intuitive response we as humans have and find a way to express it to kids.

Lee: An important point is that if we give children the space to be activists, they’re going to grow up to be the adults who make systemic change.

Peterson: Exactly. And then they learn more as they go, so they may be one of the people who, down the line, can actually change policy and impact policies. 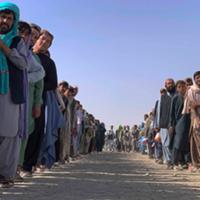 An Afghan-Canadian Father Is Desperate to See His Kids

I’m always surprised when a kid comes up with a really extreme solution, but it just shows that they’ve been thinking about it. I love it. We can actually coach them through it and say, so how would that work and what would you do? What would be the first thing that you do? And sometimes it takes them closer to the reality, but it actually gives them specifics. My grandson, when I first worked at the shelter, he said, “I think we should give everybody in the shelter a car, and if they have a smart car, it won’t use much gas.”

I walked him through it. I said, “Well that’s a great idea. But where would they park it and how would they pay for it? Does every individual person need a car?” And I kind of was able to walk him through that solution. He said to me, “If they don’t have any money, how can they get across town?” I said, “Well, we give them bus tickets.” [He said,] “Oh, I’ll give some money at Christmas for bus tickets.” So, it kind of morphed from giving everybody a smart car to, “I’ll make a donation for bus tickets.”

As you say Jen, kids really believe they can make change. And I think that’s wonderful, because you can then move them in the right direction to actually be able to see tangible change happen from what they do.