Do you want to smell like an old book?

The news that Powell’s Books, Portland’s beloved bookstore, had released a signature scent was greeted with bemusement by some, confusion by others. But to me it made perfect scents. (Err, sense.) If you love something, I mean really love it, you love the way it smells.

Old books have a distinctive peppery aroma that draws bibliophiles like bears to honey. Some people are very specific about their book smells, preferring vintage Penguin paperbacks from the mid to late 1960s. Those orange spines aged like fine wine.

The fragrance of old books carries many emotions. For me, it brings back memories of reading stuff that I ought not to have been at a tender age, books that the adults had long forgotten about and relegated to the upstairs bookcase. (What was Portnoy’s Complaint, after all? And Coffee, Tea or Me? Are we actually talking about hot beverages?)

Powell’s created the scent after people complained about missing the smell of the store during lockdown. It got me thinking about how identity is often bound up with smell and, more widely, how smells belong to cultural, even historic moments.

The newly announced Odeuropa project is like Powell’s writ large. The intent of the European effort, as described in a Guardian article, is to “identify and even recreate the aromas that would have assailed noses between the 16th and early 20th centuries.” The information will be fed into an encyclopedia of smelly smells from yesteryear.

This dedication to odoriferous documentation isn’t a mere flight of fancy, but a means to bring back history that has been lost or excised. Think about the smell of tobacco, which rose and fell dramatically over the centuries. Today the smell seems anachronistic, whereas only a short time ago it was ubiquitous. To many people this is a good thing, but there’s something I miss about cigarette smoke, even if the stuff is apt to kill you.

Olfactory obsolescence can have weird side effects like that. Memories of one’s grandfather smelling like pipe tobacco are pretty much now only a literary conceit. But pipe smoke isn’t the only dinosaur smell that is going extinct. Even in my lifetime, I remember the particular aroma of baseball cards and chalk dust.

Old books might not vanish off the face of the Earth any time soon, but there are plenty of other things disappearing in front of our very noses. What happens when the smells that you associate with our own times, our own identities, begin to fade away?

In other words: if you don’t smell like yourself, who are you?

The dedication of fragrance hounds to certain scents is legendary, and if your signature smell is discontinued, your options can be limited. Buy as much as you can find and hold on for dear life. I admit to doing this myself. When the French perfume house Indult’s stock of Tihota ran out this year, I went a little crazy.

The science of finding a smell that makes you feel more yourself isn’t really a science at all. It’s more akin to divination, using your nose as a quivering instrument of discovery. You know it when you find it, and conversely you know it when you don’t.

Nothing can make you feel more off centre than not smelling like yourself. It’s a feeling recently documented by writer Nick Carvell in an essay about finding the right scent to wear in lockdown. As he explains, the interconnections between identity, survival and smell are deep-seated, survival type stuff.

“Our ability to smell is the oldest and most developed of our five senses. As cell-like life forms, before we could touch, hear or see, we learned to primitively respond to chemicals around us in the air and water. This is why the human nose contains more than 1,000 smell receptors while our eyes have just four light sensors. Scent is hard-wired into our brain, enabling us to experience it in a far more visceral way.”

So what might seem flippant and frivolous at first sniff, wearing the right scent is in fact a bit more serious: “Just like a pair of shoes that’s a half-size out, wearing a fragrance that doesn’t feel right, or fit perfectly, becomes unbearable pretty quickly.”

Smell is also deeply connected to our sense of belonging, locality and home. Vancouver, for example, where I live, has its own fragrant identity. The briny pong of the tidal flats, the burnt skin reek of the nearby chicken reduction plant, and always the blanketing fog of trees and rain.

Often you have to leave a place before you can smell it again. One of the best parts of travelling is stepping out of YVR and getting a blast of sea air that says: “You are home.”

Despite living in a place that mostly smells pretty good, Vancouverites are quick to complain anytime there is an odour in the air, whether it’s manure, smoke or the summertime staple of eau de dead chicken, wending its way from East Hastings to Nanaimo Street.

But even as the campaigns to erase smells from social spaces, both big and small, continue to expand, so does the fragrance industry.

The world of niche perfume has grown exponentially in recent years. The options used to be limited. It all kind of smelled like, well, perfume, whether one was more of an earth spirit fond of hippie oils or a Chanel No. 5 lady who wears silk stockings and has a wine cellar the size of a regulation football field.

Now you can smell like a mango, a chocolate bar, a pile of horse poop, or an old book. Whatever the human nose can partake, there is a perfumer willing to deliver. The usual stuff of flowers and spices is old news; now it’s things like outer space or evil spirits.

This is something of a segue, but indulge me and my love of perfume ads for just a moment. Fantomas, the new perfume from Nasomatto and the naughty nose of Alessandro Gualtieri, is one of the goofiest ads I’ve seen recently, which says a lot in a form renowned for being ridiculous and silly. But that’s a whole topic unto itself.

Let’s be serious again. Fragrance is big business, estimated to be worth $31.4 billion, but it has occupied a place of cultural significance since the times of the ancient Greeks. Smellies is what Jesus got on his birthday.

Despite all the money, meaning and import connected to it, the sense of smell remains somewhat mysterious. A fact recently plumbed by writer Harold McGee, who spent the better part of a decade exploring the science of smell for his new book Nose Dive: A Field Guide to the World’s Smells.

“Many fine books have been written on our sense of smell, on the pleasing aromas of food and drinks and perfumes, on the nature of disgust,” he writes. “Here I’ve put together something different: a guide to the wide world of smells, nice and not, and the airborne molecular specks that stimulate them. Since the specks are representative bits from throughout the material cosmos, I like to call this wide world the osmocosm, from osme, the ancient Greek for ‘smell’ or ‘odor,’ with its inner resonance and hint of wizardly magic.”

When McGee lost his sense of smell after suffering from a sinus infection, life wasn’t the same anymore. The pleasures of food and drink palled. In an interview with NPR’s Terry Gross he described the resulting changes in his life. “I spent less and less time cooking. There was no point in going out to restaurants because I wasn’t really going to enjoy it.” 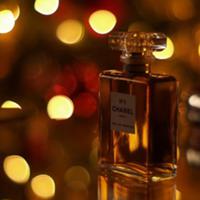 McGee’s short-lived experience is one being endured by many people suffering the lingering effects of COVID-19. The condition called parosmia causes things to taste and smell terrible. An even stranger condition is phantosmia, where people smell bad stuff that isn’t actually present.

But another less predictable side effect of the pandemic is a greater appreciation for what McGee terms the osmocosm, the “invisible nimbus of flying molecules: countless specks of matter launched into the air we breathe, whizzing at highway speeds, whose presence we perceive as smells...” — all of it sucked up through the lowly organ in the middle of one’s face.

Two little nose holes open up a world of experience, past, present and hopefully some future, where we will all skip gaily along, stopping to smell deeply of the roses.