When something is everywhere, we stop seeing it: air, tap water, electricity. And concrete.

Concrete is everywhere, but many of us still call it “cement,” which is just one of concrete’s components. We take it for granted, unless we’re using it in some DIY project and it sets too soon. Using it right is almost as much art as science: Roman concrete still survives in places, but the concrete in the Samuel de Champlain Bridge disintegrated in a matter of years.

In this very readable book, Mary Soderstrom takes us from the chemistry of concrete though its long history as a kind of artificial stone to its present status as a fatal necessity — a building material urgently needed to protect us against the climate change it helps to cause.

Soderstrom’s narrative returns often to the new McInnis Cement plant on the Gaspé coast in eastern Quebec. It’s one of the latest producers in an industry that’s thousands of years old; it has an extensive market and bills itself as “ecologically sound.” But it also needs heavy government support, and inevitably contributes to the carbon dioxide emissions driving climate change.

Those are all qualities it shares with the Romans, who were not the first users of concrete but certainly the most prolific in the ancient world. As long as 10,000 years ago, communities were burning limestone and using the result as plaster and mortar. By trial and error, peoples from Turkey to Yucatan found that the right mix of binder (the cement) with sand and aggregate (stone, gravel or broken brick) could be poured into a form where it would harden into artificial stone. They had no idea why it did so, and masonry was a complex skill requiring a six-year apprenticeship.

Producing cement was also energy intensive. Soderstrom estimates that a single mature oak tree, burned, was required to produce 190 kilograms of Roman cement. For major projects, that meant wholesale deforestation as well as the shipment of the best volcanic sand from Italy to various locations around the Mediterranean. The Romans may not have understood the chemistry of concrete, but some of their structures have lasted for 2,000 years; the dome of the Pantheon in Rome is the largest unreinforced concrete structure in the world.

In the Middle Ages, concrete production skills were largely lost, but survived in a few urban centres as part of cathedral building. Not until the 19th-century invention of Portland cement did concrete production resume on a large scale. Military engineers used it to build bridges and fortresses — and eventually to use steel to reinforce it against artillery bombardment. By the 20th century, concrete was so widely used as to become invisible: it was in roads, houses, sewers and skyscrapers.

Soderstrom is keenly aware of concrete’s ambiguous virtues. It permits housing for everyone from Brazilian favela residents to millionaire penthouse owners. It dams rivers, irrigates fields and provides drinking water and electricity for distant city dwellers. Dwight Eisenhower saw the concrete autobahns of defeated Germany and built an even greater highway network around the U.S., creating countless jobs and prolonging the postwar economic boom.

But dams silt up, and concrete irrigation ditches carry both water and salts that become trapped in the soil. Highways can be killing grounds, whether through collisions or concentrated air pollution. Simply creating more concrete causes still more air pollution, making cities like Delhi and Beijing almost uninhabitable at times. On a recent Monday morning in October, air quality readings in Delhi ranged from the 200s (very unhealthy) to 505 (hazardous).

The environmental impact of concrete includes the destruction of beaches around the world, as they’re mined for sand to use in concrete. “What some call the Sand Mafia,” Soderstrom writes, “has been scouring beaches in North Africa, the Maldives islands, India, Cambodia and Thailand to provide sand for the hungry construction market.”

Near Port McNeil on northern Vancouver Island, the Orca quarry ships sand and gravel to be used for concrete construction in Los Angeles. It’s actually cheaper to haul it down the coast instead of digging it locally and trucking it to construction sites on L.A.’s traffic-clogged freeways (made, of course, of concrete).

As much as we use concrete, China uses exponentially more. Since launching its economic revolution in the late 1970s, the Chinese have used their new wealth to transform and expand the infrastructure needed for a major industrial power of 1.3 billion people. Soderstrom quotes Bill Gates, who not long ago noted that China between 2011 and 2013 used more cement than the U.S. had in the 20th century. In 2017 alone, Chinese domestic cement consumption was “2.62 gigatonnes or about 70 per cent of the United States’ consumption over an entire century.”

Much of this concrete has gone into building new cities and rebuilding old ones into forests of high-rise towers to house the hundreds of millions who have come off the land to work in new factories. Uninhabited “ghost cities” stand in former rice fields, patiently awaiting the next surge of migrants.

China is putting many people into those towers as owners of their apartments, very much as Singapore has already done. Soderstrom notes that “about 80 per cent of Singapore citizens live in well-appointed, rather spacious [Housing Development Board] flats, of which more than 90 percent are owned by the people who live in them.” 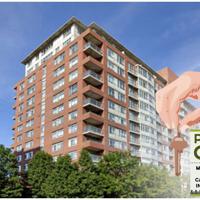 Singapore makes home ownership relatively easy. It imposes a mandatory savings account on everyone, and Singaporeans can spend their savings on little but housing and pension investments. This policy is smart politics: it gives ordinary people a stake in their city-state’s prosperity, and it mingles all Singapore’s ethnic groups in every building — all thanks to concrete.

Soderstrom concludes her book with an account of a trip around the Gaspé from the McInnis Cement plant. She describes a stretch of Highway 132 along the Gulf of St. Lawrence, where the road runs between a cliff and the sea, which now overruns the road in stormy weather. Rocks and broken concrete blocks form a crude breakwater in places: “The irony of using concrete to save a road threatened by forces unleashed in large part because of concrete was apparent to me,” she says, “but perhaps not to Quebec highway authorities.”

Concrete offers no solutions to the problems it describes. But it does offer a very readable, thoughtful and well-documented account of a material that helps and hurts us in almost equal measure.