Canada’s largest newspaper publisher is considering “short-term salary reductions” as the COVID-19 pandemic cuts revenues, according to an internal email seen by The Tyee.

“One step we are considering is short-term salary reductions, this is not something we contemplate lightly but is a step we may take to ensure significant workforce reductions are not required during the crisis,” he wrote.

No final decision has been made on whether the corporation would try to impose pay cuts, MacLeod wrote, or the size and duration of any reductions.

“I feel that it is important to lead by example,” he wrote. MacLeod also received $1.6 million in bonuses and other compensation in 2019.

Postmedia owns 15 daily newspapers across Canada, including the National Post and the Vancouver Sun and Province, and 95 community newspapers.

The corporation is 66-per-cent controlled by Chatham Asset Management, a U.S. hedge fund.

“We are heartened by the prime minister’s announcement of 75-per-cent wage subsidy for qualifying businesses and are hopeful we can utilize this program,” MacLeod wrote. “We will have more clarity as the specific criteria and rules are released and analyzed.” 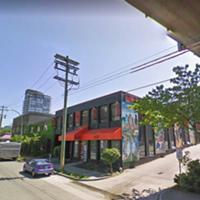 A Love Letter to the Shuttered Vancouver Courier

Last week Glacier Media halted publication of the Vancouver Courier and laid off most staff. Glacier, which owns about 50 news outlets in B.C., also laid off staff at other papers, saying the cuts were temporary. Black Press, which owns about 80 publications across the province, has also announced layoffs and reduced publishing schedules.

And today Torstar, which publishes the Toronto Star and seven other daily newspapers and 80 community newspapers announced it is cutting 85 jobs and reducing executive pay in response to the COVID-19 crisis.

Postmedia is already expecting to receive $8 million to $10 million in aid from an earlier federal program to subsidize journalists’ salaries. Torstar expects $6 million.

A petition calling for subsidies to be limited to Canadian-owned publications has received 2,876 signatures and is to be presented by MP Hedy Fry when Parliament resumes.