This book is likely to become a classic medical thriller, making feverish readers turn its pages even when they know the outcome. But it’s also a penetrating analysis of the culture of modern health sciences, where unchallenged conclusions risk becoming dangerous dogma until better evidence arises.

Such evidence might not have arisen for decades if Steffanie Strathdee and her husband Tom Patterson hadn’t stumbled into a deadly sequence of infections that would have killed anyone else. But Canadian-born Strathdee is an epidemiologist who in the 1990s worked in Vancouver’s Downtown Eastside to reduce needle-transmitted HIV. Patterson is a psychiatrist. Both have done remarkable work in fighting HIV/AIDS in Mexico and the U.S.

As professors at the University of California at San Diego, Strathdee and Patterson were at the peak of their careers in the fall of 2015: renowned in their fields, happy in a second marriage with adult children from their first, and accustomed to world travel to scientific conferences. A holiday in Egypt was just another break in their busy schedule.

But after a visit to the interior of a pyramid, Patterson felt unwell. A day later, on a Nile river cruise ship, he was violently ill. After some resistance, he finally allowed his wife to get him into a clinic in Luxor, where his condition worsened. It seemed to be some kind of pancreatitis, and it got worse.

Saved by a smartphone

Twenty years earlier, Patterson would likely have died in that clinic. But in 2015 Strathdee was on her phone to family and medical colleagues, getting sound advice and logistical help. Within a few terrifying days, a medevac jet took them to Frankfurt, where Patterson was found to have a gallstone that had created a “pseudo-cyst” the size of a football. Worse yet, it was full of multi-drug-resistant Acetinobacter baumannii, a superbug that scared the hell out of the Germans. If the pseudo-cyst burst, the superbug would flood his body and kill him. 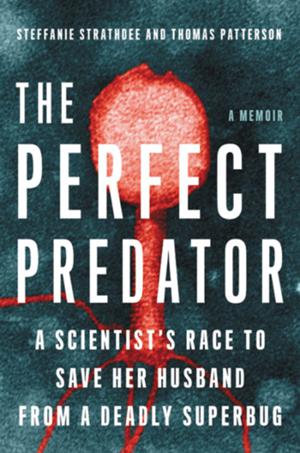 We have no one but ourselves to thank for superbugs. Since the 1940s, our overuse and misuse of antibiotics have driven the evolution of bacteria that are now effectively unstoppable.

Strathdee had glimpsed the dawn of the “post-antibiotic era,” when giving birth or getting a hip replacement might bring a life-threatening exposure to deadly bacteria.

As an epidemiologist, Strathdee was not a medical doctor, but she turned to her extensive network of skilled colleagues and friends — and to Google. Searching for “alternative therapies” and “Acetinobacter baumannii” turned up something she’d never heard of: phage therapy.

It was an approach first developed by Félix D’Herelle, a French-born Canadian scientist, almost a century ago, long before penicillin and other antibiotics. He’d discovered a whole class of viruses that attack only bacteria — and only the particular kind of bacteria they’ve evolved to prey upon.

D’Hérelle had called them “bacteriophages,” bacteria eaters, and he saw some remarkable successes in fighting serious infections. Doctors in eastern Europe and the Soviet Union made advances in the field as well. 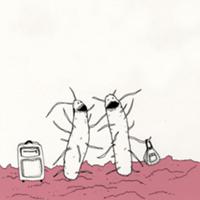 Attack of the Super Bugs

But the advent of antibiotics seemed to make phage therapy obsolete. Because it was still supported in the Soviet bloc, where antibiotics were scarce, phages acquired a kind of guilt by association as “Red” medicine.

Phage therapy continues in Russia and former Soviet republics, and on a minor scale in the U.S. and Europe. Strathdee began finding the email addresses of researchers in the field, but under severe time constraints. She had got her husband home to a hospital at the university, but by now he was in a coma. It was only a matter of time before he would begin to suffer organ failure.

It’s no spoiler to reveal that Patterson survived, but the day-by-day struggle to get him home, and then to save his life with an uncertain new therapy, is agonizingly suspenseful. Everything that could go wrong did. He suffered psychotic episodes and hallucinations, lost 100 pounds, seemed briefly to recover and relapsed with projectile vomiting. (His recollections of those months read like nightmares.) Opportunistic bacterial and fungal infections occurred. A drain in his pseudo-cyst dislodged and flooded his abdomen with Acetinobacter baumannii.

But everything that could go right also did. Strathdee found the U.S. Navy had a phage research program willing to find and purify a phage that would attack Tom’s particular strain of A. baumannii. Military and medical bureaucracies alike went to battle stations, shredding red tape in the process.

They also had to design a phage attack that would be so sudden and violent that Acetinobacter baumannii would not be able to evolve fast enough to resist. Patterson was a comatose experimental subject for an approach that might literally kill or cure him.

Gradually, Patterson emerged from his coma; three years later, his recovery continues. Both he and Strathdee recognize that one consequence of their experience is post-traumatic stress disorder, and they are dealing with it. 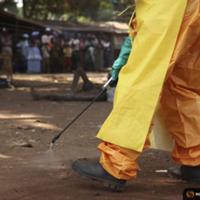 A War We Should All Support — But Probably Won’t

But they have also provoked new scientific interest in phage therapy, shaking up a culture that could imagine only antibiotic responses to infections. Strathdee describes how other families, faced with a lethal resistant infection, turned to them. Some, though not all, have been rescued by phage therapy. She has cofounded the Center for Innovative Phage Applications and Therapeutics at the University of California at San Diego, which could help build a serious and practicable response to antimicrobial resistance.

And not a moment too soon. Health systems around the world are losing the war against extensively drug-resistant tuberculosis, gonorrhea and typhoid. Resistant strains of Staphylococcus aureus haunt the corridors of hospitals and care homes. In the U.S. alone, two million people suffer resistant infections every year, and 23,000 die of those infections.

In Canada, our hospitals have been saving money by outsourcing cleaning to corporate-hired workers, resulting in outbreaks of superbugs like C. difficile in Nanaimo General Hospital in 2008.

Phage therapy offers at least the hope of an armistice in our endless war with microbes. Health information, moving over the Internet, can trigger our planetary immune system as Steffanie Strathdee’s cry for help did, and perhaps find new solutions to old terrors.

But it is also a reminder that this world belongs to the bacteria and viruses, who were here long before us, and who will be here long after we’re gone. If we approach them with respect and humility, as their students, they may teach us how to last a little longer than we otherwise might have.