British Columbia is built on a myth, the myth that just beyond one more valley or one more mountain range there’s a place someone can go to live out a dream and be independent and free. I know this myth well because all my life in the Kootenays I have watched people come, try it out and then give up and leave.

My deep interest and research into B.C. history really began when my father was dying. He was bored. Television put him to sleep in moments. Then I found videos of Gold Trails and Ghost Towns at the local library. The series, with former NDP cabinet minister Bill Barlee, was an amazing compilations of stories of lost mines, stolen coins and treasure hunters, plus other B.C. mining stories. My dad had been a miner for a while, and he and I both loved these stories. It was all new to me but since then, I have continued to research my own community’s history.

Three recent books all approach their part of B.C. history a little differently. They are set in different time periods and very different places but share portrayals of the drive and will that led people to build new lives in a new place and a new way. These people took pioneering and resource exploitation for granted. They were deeply earnest and often joyful in their creation of a new place, home or enterprise.

I also grew up in that tradition where everything in nature was presumed to be there for the taking. But in my lifetime, animals have gone extinct, roads have been pushed up every mountain valley in the Kootenays, and the population has changed from young pioneering families to mostly retired seniors. Only now are we barely beginning to question the myth that the non-human world is here for us to use and destroy.

Children of the Kootenays: Memories of Mining Towns by Shirley D. Stainton is set in the West Kootenay area in the 1930s and ’40s. Stainton’s detailed prose offers great insight into the forces that shaped all the communities of the Kootenays. Much of the Slocan Valley history is similar to that of the rest of B.C. People flooded to the mountain valleys in the late 1800s and early 1900s in hopes of building new lives and, possibly, fortunes. The men got jobs, brought their families, bought land or filed on land for homesteads, built houses, chopped down forests, grew gardens and made places their own. They were building a “new” country, a “new” civilization, without recognizing the ones that already existed. 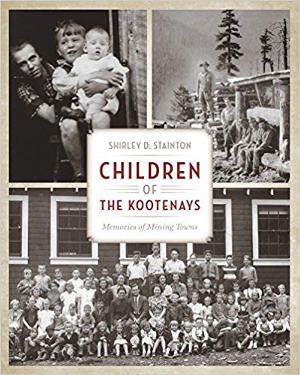 Stainton’s story moves as her father moved, taking his family with him, for various itinerant jobs. He mostly worked as a cook for miners, in logging camps or for railway crews — a good cook was always welcome. But the family always came back to the home place, the Clough Ranch in Little Slocan, owned by Stainton’s great aunt and uncle.

Merely getting from place to place in the early days of the Kootenays was an adventure. There were few roads and travel was mostly by horse and buggy, boat, sternwheeler or railway. The Kootenays were full of towns that sprang up around a mine, with a railway soon following despite the challenges of mountain terrain.

Stainton details the beginning of such places, vanished towns like Beaton, Sandon, Cambourne and Sheep Creek and other places where her family lived, worked and travelled, often on foot, up steep mountain trails, through deep snow or summer heat. Not until she was in high school did her parents finally give in and move to Nelson, where her father got a job on the streetcars as a conductor.

This book is also an astonishing work of detailed memory, a rich vein of information laced with silvered moments.

Dancing in Gumboots: Adventure, Love and Resilience, Women of the Comox Valley could have been written about almost any part of B.C. In fact, it’s a companion volume to an earlier work titled Gumboot Girls, about women on the north coast of B.C. 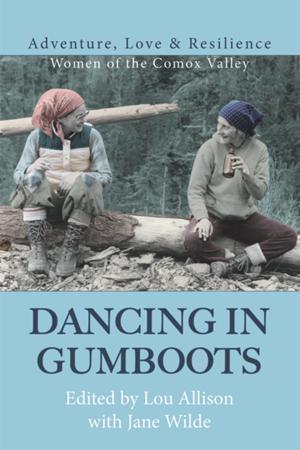 Certainly the intrepid, naive and varied back-to-the-landers in the Kootenays that I knew were largely led by the women who forged friendships, cared for children, constructed houses and learned to garden all at the same time. The stories in this book are familiar and fun. The women of the Comox Valley are and were an effervescent, hardworking and creative bunch. During the 1970s, they built a new kind of community, creative and expressive, but also rooted in the local — in the land, in gardening and self-sufficiency.

The 32 women in this book each has a unique story, but taken all together they paint a portrait of women who worked incredibly hard against tough odds to create independent lives. Most of these stories felt so familiar; even if I didn’t know the women in them, I knew women like them or I had been like them myself.

There should be more books like this, one for every mountain valley. The back-to-the-land movement didn’t last very long but had a profound effect on rural B.C.

The third book in this series, Grizzlies, Gales and Giant Salmon: Life at Rivers Inlet Fishing Lodge by Pat Ardley, was one I didn’t expect to like as much as I did. I’m not a big fan of tourism though I recognize its value and the fact that it allows some people to lead creative and adventurous lives and still make a living. 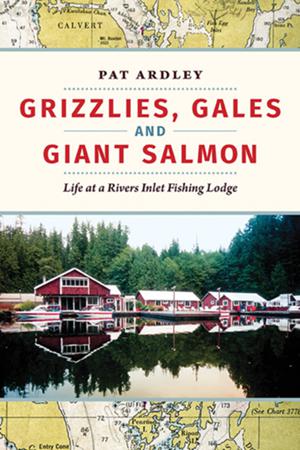 George and Pat Ardley did just that. As a young, newly married couple, they landed a job as lighthouse keepers on the west coast. After a couple of years, they began working at fishing resorts and eventually decided to build their own in 1976, a resort called Rivers Inlet which eventually became famous among fisher-folk for its good fishing, great food and spectacular setting. But building the resort was an endless cycle of relentless hard work while coping with west coast weather and the constant worry of boats breaking down, getting lost or other dangers.

The Ardley resort was a success and their two children grew up there, resilient, learning boat-craft and mechanics, and all the complicated details of running a high-end fishing resort. All goes well for over 20 years, but eventually the resolute and redoubtable George is diagnosed with cancer. The end of the book is very much a tribute to George’s determination and to the Ardleys’ great partnership.

But what gives this book its fascination is Pat Ardley’s eye for detail and her memories of both the adventurous and the mundane in their ordinary, extraordinary lives. This was a book I could live in for a while — and I did. Owning a lodge is many people’s romantic dream, but the reality was often cold, gritty, dangerous and exhausting. But Ardley paints a memorable, joyous portrait of building a life within these rigours, with time out for adventures and family.

The early pioneer days of B.C. were heady and exciting. The 1970s were equally exciting — land was cheap, jobs in the bush were plentiful, tourists came to fill up restaurants and campsites.

People keep trying to replicate this myth, but it’s time to move on, to create new ideas of sustainability and care, and to finally come to terms with limits to the dream.

But myths and dreams are powerful, and it takes time to move into a new way of understanding. One important tool in that transformation is truly understanding the past, so I am very grateful to these writers and publishers for providing these great stories.