NDP Leader Jagmeet Singh’s win with 38-per-cent of the vote in Burnaby South is, of course, a big event for him and his party.

But it may be even more significant for the Liberals and Conservatives, because it could portend the end of one or the other.

In The Canadian Party System, University of British Columbia political science professor Richard Johnston argues that, after almost a century, the Liberals as a centrist party are on their way out, and the Conservatives face endless factional warfare.

Johnston has studied Canadian elections most of his life. Despite long passages of technical analysis, his book is likely to be a bible in every political campaign for many elections to come. Whether it will actually affect the outcomes remains to be seen; he himself says Canada is changing rapidly from what it once was.

Johnston shows little interest in the immediate details of any particular election, or the virtues of any individual leader. He looks at our politics as a very long game indeed, one that began late in the 19th century and is still underway in the 21st under the same basic rules. He analyzes elections like a forensic accountant, by crunching numbers into a fine powder to distinguish the slightest shift. 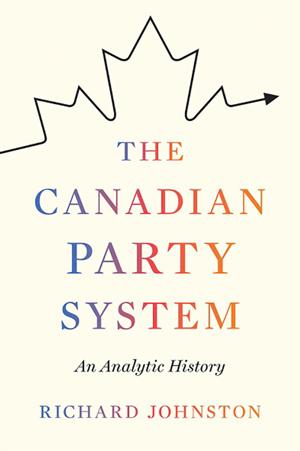 Johnston’s theme is Duverger’s Law and Canadian politics’ refusal to obey it. Maurice Duverger was a political scientist who in the 1950s and ’60s argued that majoritarian democracies — those using first-past-the-post elections — tend to have only two parties.

These might begin as liberal and conservative, but as such countries industrialize a labour party emerges as well. Liberals and conservatives then work out some kind of co-operation against the leftist threat, from coalition to outright merger. If that fails, one old-line party destroys the other, or both succumb to an “insurgent” right-wing party bringing a plague on both their houses.

In the process, one party claims the right of centre and the labour party becomes the official left. The centre remains empty.

Except in Canada, where the federal Liberals hold that ground.

Duverger’s Law operates pretty reliably on the provincial level. B.C. is a good example: the rise of the old Co-operative Commonwealth Federation provoked a Liberal-Conservative coalition that held power through the 1940s before it fell apart and the insurgent Social Credit party replaced it. When the Socreds began to decay in the 1980s, a new Liberal party emerged and, hijacked by refugee Socreds, soon moved rightward.

But provinces are singular polities. Federally, Johnston argues, Canada has been two polities: Quebec and everyone else. Quebec tends to vote overwhelmingly for one party — usually the Liberals. That reliable base puts the Liberals halfway to a majority. They can even lose much of the rest of the country and still survive as a minority centrist government.

This puts the Conservatives in a predicament. Once in a great while the Liberals lose their grip on Quebec. Even if the Conservatives don’t get most of Quebec’s vote, they have a good chance of taking power anyway as a third party emerges. Diefenbaker, Mulroney and Harper all succeeded when Quebec fell out of love with the Liberals.

These successes turn out to be Conservative Pyrrhic victories, followed by disasters that leave them worse off than ever. In 1993, the Tories had a near-death experience when they were reduced to just three MPs. At the turn of the century, they were taken over by the insurgent Reform/Alliance, who rebranded themselves Conservatives positioned well to the right of centre.

The elections of 2006, 2008 and 2011 were a slow-motion train wreck for the Liberals. By 2011 Duverger’s Law seemed to be working against them. The Bloc Québécois held the province as the Conservatives on the right and the rising NDP on the left began to crush the Liberal centre out of existence — very much as Stephen Harper had long dreamed.

Justin Trudeau wrecked that dream in 2015 simply by regaining Quebec at the expense of the Bloc and the NDP. While leading a third party in Parliament he’d called for proportional representation, which would at least give each party a reasonable number of seats. But once in power with a comfortable majority, Trudeau became a first-past-the-post majoritarian again; under PR, he’d have had nowhere to go but down.

Trudeau and his advisers may have understood something that Johnston discusses at length: insurgent parties on the left soon stabilized around the CCF/NDP, but insurgents on the right are far more volatile. They deserted the Progressive Conservatives to launch Reform, which Harper then led to a hostile takeover of the Red Tory rump.

Since Harper’s departure, the right has turned on itself again, with Maxime Bernier defecting to form the People’s Party on the right of the Conservatives. This right-wing volatility can only help the centrist Liberals.

Insurgencies must grow or die

One problem for insurgencies is regionalism. When part of the country feels hard done by, insurgents seize their chance. They can gain seats because their votes are concentrated, but they must grow or die. Prairie movements like the Progressives and United Farmers of Alberta were soon absorbed or crushed, often by other insurgencies like Social Credit.

The CCF was just another group of disgruntled western labour and farm groups. The right in B.C. and the Prairies responded with coalitions or new parties like Bible Bill Aberhart’s Alberta Socreds. Still, the CCF hung on and even took power in Saskatchewan under Tommy Douglas in 1944. Equally important, it proved it could grow beyond its region into Ontario, if not into Catholic, Duplessis-ruled Quebec. 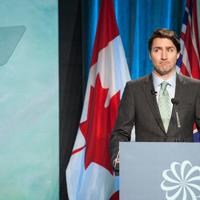 In his conclusion, Johnston surprisingly says, “Many key claims in this book no longer hold. Quebec has ceased to be the pivot for government.” No longer monolithic, Quebec is up for grabs. The Green Party may be a new kind of insurgency waiting to break out nationwide.

Moreover, Johnston argues, the old identity politics — British/French, Protestant/Catholic, workers/managers — have faded. In their place is a new identity politics of multiculturalism, immigrants, demographics and gender. Perhaps the Liberals can master this new politics, but the New Democrats are ahead of them even in their choice of leader.

“Having ceased to benefit from domination of Quebec,” Johnston suggests, “the [Liberal] party should now face a squeeze between parties with more natural anchors in civil society.”

If that squeeze does continue, and the NDP crowds ever closer, the Liberals may indeed vanish. Or the Conservatives will collapse into an insurgent civil war, and the Liberals will rush to the right to take their place.

Either way, Duverger’s Law will at last hold as true in Canada as it does in other majoritarian democracies.