Hans Rosling, a Swedish public health expert, died of pancreatic cancer in 2017. But even as he was dying, he and his son and daughter-in-law created this remarkable book — the best guide to clear thinking I’ve ever run across.

Rosling was a teacher, and judging from his TED talks he was a damn good one that all educators should study. He also had extensive firsthand experience in the health care systems of what you might call the developing nations. He wouldn’t call them anything of the sort, because, he says, “Eighty-five percent of mankind are already inside the box that used to be named ‘developed world.’”

If we think the world is divided into developed and developing, rich and poor, East and West, us and them, we’re committing one of Rosling’s 10 instinctive mistakes — in this case the “gap instinct.” That’s our tendency to see the world in binary terms, instead of as a continuum. 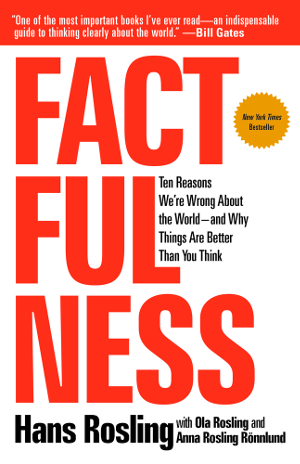 But Rosling, using huge arrays of United Nations statistics, argues that “There is no gap between the West and the rest, between developed and developing, between rich and poor.” Yes, some nations are very rich and some are very poor, but most are somewhere in the middle.

Worse yet, our mistaken instinct for negativity tells us that things are bad and will never improve. That makes even self-styled progressives blind to genuine progress and another instinct — the single perspective — tells us the free market can solve all problems, or inequality is the cause of all problems.

“Every group of people I ask,” says Rosling, “thinks the world is more frightening, more violent, and more hopeless — in short, more dramatic — than it really is.” And because the media know drama interests us, they offer frightening, violent, dramatic news of fresh disasters. Good news is no news.

Rosling’s not talking about ignoramuses. He developed a little quiz to test our knowledge of the world, and even Nobel laureates have flunked it. Here’s where he does with us what every good teacher does in the first class of the semester: shakes us out of our complacency and makes us realize we know a lot less than we think.

(You might pause and take the quiz before you continue with this review. I got seven right out of 13, which put me in a very chastened frame of mind.)

In fact, most people can’t even do as well on the quiz as if they were picking answers at random — you have to be actively misinformed to get fewer than one right answer in three.

You don’t even have to read the book or take the test to see how wrong your worldview is. The Roslings developed a remarkable website, Gapminder Tools, which you can explore for hours. For example, you can use a “bubble chart” to see how nations compare in income and life expectancy in 2018. Then you can drag a slider all the way back to 1800 to see how countries have compared in the past. You can even watch each nation’s “bubble” progress from poverty and short lifespans.

A twenty-fold increase in income

Similarly, we still think of Africa as a continental disaster zone full of Ebola and terrorists. Maybe it was 50 years ago, but Rosling says “The world market of the future will be growing primarily in Asia and Africa, not at home.” Beijing evidently agrees; Chinese investment in Africa is now at $220 billion. 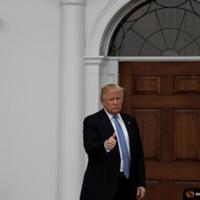 Our ignorance of the factual world is largely thanks to Rosling’s 10 basic instincts, aggravated by sheer parochialism. We scarcely notice the world outside North America, unless some Thai kids get trapped in a cave. Then we’re surprised that Thailand has the technical expertise to rescue them. (Thailand’s average income this year is $900 more than China’s, and life expectancy is over a year longer, thank you very much.)

Rosling breaks down humanity by income groups, and we really are doing better than we think. Only a billion of us are still stuck in “Level 1” countries with an average income of a dollar a day. Three billion of us have jumped to Level 2, making $4 a day. Two billion have quadrupled that income to $16, and moved to Level 3; they’re on their way to join the one billion on Level 4 and $64 a day.

To us, in a Level 4 country, the difference between Level 1 and Level 2 hardly matters. To those on Level 2, it means more kids surviving infancy, going to school, and having a shot at reaching Level 3. What’s more, Rosling shows, the more income families have, and the more of their kids survive, the fewer kids they have. Big families are just insurance against child mortality. Put the surviving daughters in school, and they’ll make more money and have even fewer kids.

As Rosling shows, this progress has been going on around the world for decades if not centuries. The benefits have not been evenly distributed. 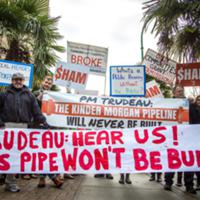 Parochialism, ideology and racism combine to make us think Africans or Latin Americans or Asians can never advance to our level, let alone surpass us. We barely notice Chinese bullet trains or India’s space program.

Rosling knows better than most of us how bad this world can be despite its progress; his point is that it can progress even faster if we can just ditch our stupid instincts, like urgency. “When you are called to action,” he says, “sometimes the most useful action you can take is to improve the data.”

In a time when a fact-free, post-truth president is blithely overturning seven decades of fitful progress, Rosling’s book might seem so 2015 that it’s not worth reading. On the contrary. Even Donald Trump acknowledges that we should act on what we know; he just dislikes objective truth, which he tries to subvert as “fake news.”

So unless we understand how our own instinctive biases stand between us and the facts, our “progressive” arguments will be almost as bogus as Trump’s. Hans Rosling’s Factfulness can help ensure that our arguments are as solid as factual data can make them.