A better understanding of Indigenous peoples is now possible, thanks to the recent publication of Secwépemc People, Land and Laws by Marianne Ignace and Chief Ron Ignace, with contributions from archeologist Mike Rousseau, ethnobotanist Nancy Turner and geographer Ken Favrholdt.

Ancient stories, archeological evidence, archival records, ethnographic studies, linguistic research and firsthand knowledge have been masterfully woven together to create this comprehensive examination of the Secwépemc peoples’ ancient connection to the land of the central interior of B.C. and the injustices they have endured for over 200 years.

Marianne Ignace is a professor of linguistics and First Nation Studies at Simon Fraser University and has authored and co-authored papers in various journals and books on the Secwépemc (Shuswap) people of the plateau. Her interests are Aboriginal land use and occupancy, ethnobotany, traditional ecological knowledge, ethnohistory and the linguistic and anthropological analysis of Aboriginal language discourse.

In addition to being the chief of the Skeetchestn at Deadman’s Creek, Ron Ignace is an adjunct professor at Simon Fraser University and he was fortunate to have been raised by his great-grandparents, whose parents in turn were born in underground homes and were adults before European settlers arrived. Consequently, he became fluent in Secwépemctsin at an early age and grew up with a deep respect for his heritage.

The couple’s book begins with a look at the geological history as framed by the ancient stories of the transformers, who “tamed the land and made it inhabitable for future generations.” In doing so, the Ignaces have connected the emergence of their nation to the environmental history of the region.

In the chapter on archeology, we learn about the evidence from excavations that indicates human occupation in the region of the interior plateau began over 10,000 years ago. From the earliest days when there was likely a low population density of small family groups until the Europeans arrived, the history is divided into horizons and phases as determined by the type of stone bifaces (spear points and knives) found.

Certainly, one of the most fascinating aspects of Indigenous culture is that there are many distinct languages that help define the numerous, diverse nations to live here. The Ignaces estimate that the roots of the Secwépemc language, Secwépemctsin, began some 4,500 years ago before two dialects eventually emerged, Eastern and Western. There is an intricate structure to the language that connects it to the land and ancient experiences.

Unlike the unsustainable misuse of resources that is so common today, the Secwépemc people were true stewards of the land, the plants and animals. Careful and respectful management of resources was both part of their spiritual belief and culture. Far more than simple hunter-gatherers, the Secwépemc utilized horticultural methods and habitat management practices that were an early form of agriculture. In addition, their egalitarian lifestyle meant that harvests and hunts were always shared and no one went hungry.

The Secwépemc sense of place that evolved over the millennia is intense and can be best understood by how their place names are an integral part of their stories and history. At one time, there were place names for every location in their territory, and these names were derived from the experiences of past generations. The names that have survived provide reference points to their history and help confirm the Secwépemc ownership of the land that was stolen from them.

While for the most part the Secwépemc were historically a peaceful nation, there were border disputes that resulted in warfare. Disputes were often settled with treaties, including the famous Fish Lake Accord, which included marrying into the opposing nation to consolidate a kinship alliance between the two groups.

The core productive unit of Secwépemc society was the extended family, which functioned as a flexible, inclusive group. The key aspect of family life was sharing and helping one another, as this was necessary given the need for self-sufficiency to survive. The section on genealogy includes lineage charts that trace ancestors back to the late 1600s using baptismal records.

While the missionaries may have thought they were converting pagans to Christians, the Secwépemc people were interpreting the prayers and practices in terms of their own spiritual beliefs. However, the strict religious instruction in the residential schools did result in the loss of Secwépemc identity and spiritual knowledge.

The dispossession of Secwépemc lands that began when Europeans arrived followed by their resistance to colonial occupation is well chronicled. Of great significance is the memorial presented to Prime Minister Wilfrid Laurier in 1910, which describes their history since first contact and what they considered a respectful relationship between two nations according to their laws. Described by the Ignaces as the Secwépemc Magna Carta, the Secwépemc memorial continues to serve a purpose today as it provides the “underpinnings of Indigenous nationhood.”

Adding insult to injury, after they were compelled to farm and then became very successful at growing crops, settlers complained about the competition, and so the government made it difficult for them to sell their harvest and allowed their water rights to be taken away.

The book chronicles their long history of fighting for their rights, which involved a number of trips to Ottawa and England, where they had a fruitless audience with the king. Yet, despite over 150 years of fighting for justice, full and just recognition of Secwépemc title and rights remains unresolved. 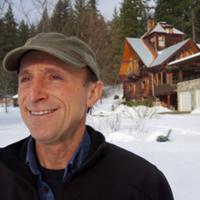 A Love Letter to the Shuswap

One overriding theme throughout the book is that despite the theft of their land and the attempts to eliminate their language and way of life, the Secwépemc people have managed to maintain and advance their culture thanks in part to their laws and traditions that have continued to passed between generations.

Above all else, the Ignaces have put to rest the misconception that Indigenous nations were primitive people who were inferior to Europeans, as they clearly show how the Secwépemc had a sophisticated culture and treated each other, their neighbours and the environment with more respect than we often see today in our supposedly advanced societies.

There are many insights that can be gained from reading this excellent and comprehensive book, all of which lead to a better understanding and more appreciation of the Secwépemc worldview, which was closely connected to their home place. Learning more about First Nation history is also a key step towards reconciliation.