Full disclosure: I’ve been following Tim Walker’s Taught by Finland blog for years, I’ve met him in Helsinki, and I’ve sat in on one of his classes. What’s more, I edited the English version of his other book, Lost in Finland, about his mishaps in trying to understand Finnish culture.

That said, I can still say that Teach Like Finland is an exhilarating insight into teaching everywhere. It makes me wish I’d done some things differently in my own classroom, and glad I did other things. And Walker reminds us that teaching in North America is far too solitary and competitive.

Finnish education has haunted the rest of the world’s school systems ever since the Finns topped the first PISA exams, benchmarking international education achievement back in 2000. How the hell could a small (5.5 million) country pull off such an upset? Educators from all over world have gone on pilgrimage to Helsinki ever since, and Finland itself has been profitably exporting its experts to unlikely markets like Qatar.

And despite such exports, the Finns themselves tell the pilgrims: Do it your own way. Don’t try to imitate us.

That’s partly common sense, and partly due to the fact that Finland adopted a lot of ideas from other school systems (including Alberta and B.C.) instead of inventing their own.

Walker, coming from an American school system, endured some real culture shock when he began to teach in Finland. His students commuted to school alone on public transit from Grade 1 on up; they didn’t need instructions on how to walk in the halls. His colleagues worried because he wasn’t spending any time between classes in the teachers’ lounge, unwinding and drinking coffee.

Walker tells us he’d burned out in his first year of teaching in the U.S. He was trying too hard, which is an occupational hazard in schools dominated by the star system. To get into the very best schools, kids need to have the very best teacher teaching the very best students. Walker wanted to be that teacher.

The Finns rejected the star system when they reformed their schools in the 1970s and ‘80s. They wanted something better: a system where every student, no matter where, gets a solid education from highly competent teachers.

Finnish teachers need an M.A. before they ever step into a classroom, but they’re not on their own once they do. Walker describes how every school’s teachers hang out in each other’s classrooms, picking up good ideas and offering their own ideas when needed.

Teaching in a B.C. community college, I often wished my colleagues and I could do the same. But who had the time? My classroom visits were limited to the contractually mandated observations of colleagues under evaluation. As such they were artificial events, of very little use in practical improvement.

Similarly, Walker describes the value of a 15-minute break after every 45-minute class. Good luck finding that in a crowded North American school day.

I was lucky: as a relatively autonomous college teacher, I could decree a break in my 90-minute classes when the kids’ eyes glazed over. They could go out for a pee or a coffee or catch up on their email, and reboot their brains for the next part of the class. It made me very popular when my colleagues were force-marching the same students through 90 minutes of “material” to prepare them for the final exam.

North American education is a profoundly conservative institution. Since conservative practices generally get poor results, educators are also suckers for education fads that promise improvement: Cuisenaire rods and new math in the 1960s, clever apps today. But the fads must operate within the system, so they’re doomed.

Five elements for a joyful classroom

Walker’s suggestions, however, aren’t faddish at all, and most of them are perfectly adaptable to our conservative system. He breaks down his 33 strategies for a joyful classroom into five elements: well-being, belonging, autonomy, mastery, and mindset.

Well-being includes scheduling “brain breaks,” when teacher and students alike can switch focus and absorb what they learned in the previous session. Some kind of physical activity works fine: get students to put what they’ve learned on posters and stick them up on the walls in the classroom and hallways, and let each student explain his or her poster as the class comes to it.

Students with a sense of belonging are clearly going to do better than those who feel estranged from their classmates. And teachers who feel they belong are going to teach better. Walker reminds us that North American teachers engage with their colleagues far less than the Finns do.

It also helps that Finnish teachers generally stay with the same class for at least a couple of years. They know the kids, the kids know them, and everything works better. 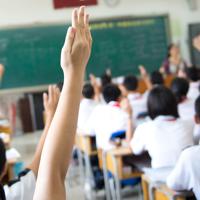 The Smartest Kids in the World, and What They Can Teach Us

Both students and teachers enjoy an autonomy in Finnish schools that we can only dream of. The kids are used to looking after themselves, not being hovered over by anxious parents and teachers. Teachers are trusted as professionals, not suspected as lazy incompetents. Finnish education has a national curriculum, often revised, but how the teachers implement it is up to them.

Mastery, as Walker describes it, involves project-based learning to teach the essentials. Describing a botched project he developed, he points out its flaws: too many clever innovations, each OK by itself but in total demanding too much work from students and teacher alike. Teaching the curriculum was lost in the details. His Finnish colleagues, he realized, generally stick to “traditional, teacher-centered classroom instruction” using textbook exercises to pace the students and track their progress.

Notably, mastery also includes plenty of music in the classroom. Far from being a frill, music lessons are central to improving literacy and language skills. Walker cites a study by the American Psychological Association that found music training actually helps rewire children’s nervous systems and enables them to concentrate better.

The last key element, Walker says, is mindset. Finnish teachers aren’t concerned with being the best at spotting and nurturing future stars; they want everybody to thrive and enjoy learning. The concept of the “master teacher,” he argues, is foreign to them. Cooperation, not competition, is critical for teachers and students alike.

Some Finnish practices could be adopted or adapted for Canadian classrooms right now. Others would require changes at the school board or ministry level. But Teach Like Finland can certainly make both teachers and parents realize that — good as our schools are — they can be even better for everyone.