Of all the thousands of books on Hitler, Blitzed seems to be the first to focus on the role of drugs in the Nazis’ conduct of the Second World War.

It puts Nazi Germany in a new perspective: a country and an army on speed, under the direction of a vegetarian drug addict. Blitzed is also a masterpiece of history as black humour, portraying a world ruled by fools and grotesques.

By 1850, injectable morphine was in use. In the U.S. Civil War and the brief and bloody Franco-Prussian War, Ohler writes, the discovery helped many wounded soldiers recover, if only to be sent back into combat.

Morphine was available without prescription and a key ingredient in many patent medicines. Cocaine, morphine’s opposite, was also widely available, an upper included in many products, including the early versions of Coca-Cola. 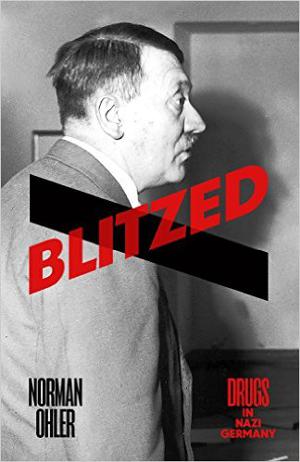 On Aug. 10, 1897, Felix Hoffman, a chemist with the Bayer company, synthesized acestylsalicylic acid from willow bark, Ohler writes. It went on sale as Aspirin and conquered the globe.

Eleven days later, Hoffman invented another substance that was also to become world famous: diacetyl morphine, the first designer drug. Trademarked as “Heroin,” Bayer promoted it as children’s cough syrup and said it was good for babies with colic or sleeping problems.

After the First World War, when German fighter pilots went into action high on cocaine, the German pharmaceutical industry helped sustain the economy. It was the world’s major morphine producer and heroin exporter, and controlled 80 per cent of the world’s cocaine market.

Germany itself was awash with drugs; in the Weimar Republic, anything was available and all was permitted. “In 1928 in Berlin alone 73 kilos of morphine and heroin were sold quite legally on prescription over the chemist’s counter. Anyone who could afford it took cocaine,” Ohler notes.

When the Nazis took over in 1933, they launched an anti-drug offensive.

“They hated drugs because they wanted to be like a drug themselves,” says Ohler. Jews and drugs were equally demonized, and addicts were treated as incurable psychopaths; many would be euthanized early in the war. Much of the Nazis’ rhetoric, Ohler argues, survives in our own endless wars on drugs.

The 1930s were also a period of quack remedies, and German Dr. Theodor Morell flourished. His gimmick was injections of vitamins, still little understood, sometimes laced them with stimulants. His growing reputation led to an invitation to treat a Nazi official’s embarrassing gonorrhoea.

That led to his introduction to Hitler, seeking treatment for stomach pains that had troubled him for years. Morell’s treatment, eerily foreseeing our own understanding of the gut microbiome, worked — boosted by a glucose injection that made Hitler feel better instantly.

And Morell became not just Hitler’s personal physician, but his only real friend. Morell considered himself a researcher, and Hitler became his guinea pig.

When a legal new drug called Benzedrine enhanced American athletes’ performance at the 1936 Olympics in Berlin, German pharma responded with a comparable drug — methamphetamine. Trademarked as Pervitin, it instantly became the German drug of choice. Doctors received free samples to give to patients, and were asked to report the results.

Both doctors and patients loved Pervitin. Demand soared, as customers sought greater energy and mental alertness. You could even buy chocolates loaded with speed for your sweetie — energy and weight loss in one box.

As Germany rearmed and prepared for war, Pervitin interested the military. They understood what a menace fatigue could be, and looked for solutions. Pervitin — speed — met their requirements, first for troops in training and then for combat.

The German forces conquered Poland in 1939 high on meth, troops working far longer than undrugged soldiers could have.

And Pervitin became the key to Hitler’s “Blitzkrieg” conquest of France in the spring of 1940. Gen. Erich von Manstein had proposed invading through the Ardennes mountains, a plan rejected by the military leadership as too risky. Troops could not handle the long, difficult marches without rest, they said.

Sold on the idea, Hitler forced it on his generals.

It nearly failed. Ohler describes a 250-kilometre traffic jam as infantry, trucks, horse-drawn wagons and tanks all crammed into a narrow highway. If the French or British had known the Germans were there, they could have ended the war with a morning’s bombing and strafing.

But the Germans, fuelled by methamphetamines, kept going. Baffled British and French generals couldn’t understand why their enemies never rested. Hitler himself rescued the Allies; he lost his nerve and ordered a pause in the attack. That gave the British a chance to evacuate from Dunkirk. Then the Panzer tanks (led by a meth-fired Erwin Rommel) resumed their sweep.

Meth won the Battle of France, though the tactic of Blitzkrieg — a rapid advance, or “lightning war” — got the credit. Ohler says Hitler was no fan of the concept — until he claimed it as his own, brushing aside his doped-up generals.

That undeserved glory went to Hitler’s head. And, Ohler writes, it was his undoing.

Taking sole charge of the German war effort, Hitler had to be awake and alert, up for endless challenges. Vitamins and glucose weren’t enough any more. He needed instant fixes for his stomach cramps, constipation and other health problems. Morell provided them — but he had to keeping upping the dosages and adding new, stronger drugs.

Much of Blitzed describes Hitler’s slow self-destruction. Eventually he was on meth, like the soldiers failing to conquer the Soviet Union. And while it made his soldiers aggressive and unpredictable, it made him withdrawn. Hitler spent much of the war in a series of bunkers, emerging so rarely that one visit to the front resulted in serious sunburn. “This determination to hide himself away,” says Ohler, “...would have disastrous consequences.” 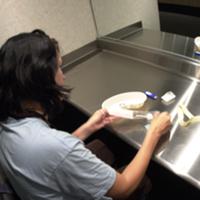 The first of these was Hitler’s enthusiasm for instant-fix injections, which Morell happily provided — especially Eukodal, based on the opioid oxycodon. Ohler suggests that the injections had a terrible effect on Hitler’s judgment, inducing him to divide his forces into attacks on Leningrad and the Caucasus instead of taking Moscow.

Hitler, drug-addled, decreed German forces were to “hold the line at all costs” when faced with advancing Soviet troops, leading to heavy losses. Worse yet, the order robbed the German military of the doped-up unpredictability it had shown in the Ardennes.

Hitler’s conduct of the war was now inextricably linked with his drug use, Ohler writes. He began to make a series of strategic errors, while ignoring logistic realities. His physical decline was an open secret among the generals, but drugs could sometimes produce the illusion of vigour. On July 20, 1944, a bomb planted by an army officer nearly killed him. Hitler recovered rapidly thanks to an injection, then received cocaine for the pain of his ruptured eardrums. He met Mussolini the same day, who was impressed with how well he had survived the attempt.

Cocaine made Hitler feel so good he decided to launch what became the Battle of the Bulge, a last desperate counter-attack against Allied forces. Then he began combining cocaine with Eukodal, what Ohlers calls “the classic speedball,” an upper balancing a downer. Meanwhile drugs were aging him rapidly; his liver, under attack now for years, began to fail.

Methamphetamines likely induced the Parkinsonism that caused uncontrollable shaking in Hitler’s hands, leading him sometimes to grip one hand with the other, a trait Peter Sellers may have adopted as Dr. Strangelove in the Stanley Kubrick film.

At the end Hitler was forced into his last bunker, in Berlin, where Morell continued to pump him full of whatever drugs were available. Eventually he had nothing to offer, and Hitler fired him. When he killed himself, Hitler used a pistol; he worried about being able to hold it steady enough.

Morell escaped Berlin, but his Allied interrogators found him a shattered man who offered few useful details about his care of Hitler. Ohler, however, found Morell’s rarely consulted personal records, chaotic, almost illegible, but meticulous and listing almost every injection he’d given to Hitler. As a result Ohler could assess the real depth of Hitler’s addiction.

It’s tempting to think that drugs explain everything about Hitler and Germany’s war. They don’t. Hitler saw them as a shortcut, a way to overcome both physical and strategic weakness. They led him to take foolish gambles for which millions paid with their lives. But they were just a means to achieve the dreadful goals he had adopted long before his first injection.

Are any of our current leaders as blitzed as Hitler was? If so, they’re concealing it well.

But we live in a culture as drug-obsessed as Nazi Germany’s. If ordinary white working-class Americans can’t stand the stress of life without opioids, their leaders may feel much the same.

In that case, their use of drugs would be Hitler’s revenge.