[Editor's note: Canada's political parties practice more discipline than the United States, the United Kingdom and Australia. Reprinted with permission from Random House Canada, the following excerpt from a new book, Tragedy in the Commons, highlights the loyalty battles and frustrated inertia caused by party strictures. Click here for an interview with the book's authors, also published today on The Tyee.]

'CHANGE IS IN THE AIR': VANCOUVER EVENT

After two decades of virtual silence on the subject, Canadians are once again thinking and talking about how to improve the institutions that we rely upon to represent and govern ourselves. Foremost among those calling for change is Conservative MP Michael Chong, whose proposed Reform Act has suggested intriguing new possibilities for the country's political system, but also laid bare both new and old ﬁssures within it.

Join Tragedy of the Commons author and Samara founder Alison Loat in conversation with Chong, the Honourable A. Anne McLellan and political scientist Stewart Prest at a talk on April 22 at the University of British Columbia's Liu Institute for Global Issues, 6476 NW Marine Drive, from 4 to 6 p.m. 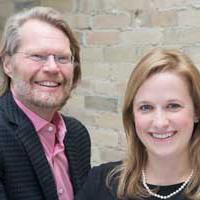 'A System Designed to Be Controlled by the Centre'

Parliamentary voting records reveal that most MPs side with their parties on nearly every vote; but, in recalling their time in Ottawa, the MPs we interviewed wanted to make it clear that they had often felt heavily constrained. And most made a point of telling us about times when they didn't agree with their party, or had sought a concession such as permission to miss a vote in order to help manage their discomfort with the party line.

In fact, almost all the recollections they volunteered were concerned with what it was like to be a member of a political party. And they weren't good. Time and time again, MPs told us how decisions made by party leadership seemed opaque, arbitrary and even juvenile, and how party demands inhibited their ability to serve their constituents.

The MPs' complaints raise an issue: Why join a political party? The difficulty, at least if one wants to be a successful parliamentarian, is that virtually every Canadian MP arrives under the banner of a political party. In the last 30 years, only two freshmen MPs have been elected as independents -- Quebec City's André Arthur in the riding of Portneuf-Jacques-Cartier in 2006, and in 1984, Tony Roman in Toronto's York North.

Even if there is little choice but to sign on with a party in order to get elected or to be effective in Parliament, belonging to a political party requires sacrifices from the MP. Part of that sacrifice is identity. Once an MP decides to run under a party banner, his or her identity becomes closely tied to the organization's brand and leader.

The inherent dichotomy in the role of an MP in a parliamentary democracy is clear -- autonomy in the home riding; loyalty on Parliament Hill. "There may be some exceptions in those African dictatorships that are part of the Commonwealth and so on," said Leslie Seidle, research director of the Institute for Research on Public Policy, in an interview with the Globe and Mail. "But in the advanced parliamentary democracies, there is nowhere that has heavier, tighter party discipline than the Canadian House of Commons."

Later in the same article, University of Toronto professor Richard Simeon said much the same thing. "We are worse than the Australians, and much worse than the British, in terms of giving MPs the ability to act and to somehow make a difference," said Simeon. And of course, unlike our closest neighbour, the United States, Canada's tight party control has another aspect: the leaders of the party that controls the House of Commons also form the executive arm of government, thus furthering their power.

Dictating which way MPs vote is already imperious, but Canadian parties have long gone past that. These days, discipline is so tight that members must restrict their public comments to speaking points the party has provided.

Party leaders enforce this discipline in order to be as certain as possible that legislation will pass. Dissent within a party could lead the media to criticize the party for poor organization. Such tight discipline also contributes to the public's ability to hold parties accountable at election time: if all members of a party vote in a particular way, then the party's positions are ostensibly clearer to the electorate.

The MPs we spoke with chafed against the party strictures, which all too often left them feeling uncomfortable and even hypocritical. As Liberal MP Sue Barnes put it, "I didn't leave my family and my city and a life to let somebody else tell me what to do, or to roll along with the flow."

Conservative MP Carol Skelton also vowed to speak up: "Going through the stage that I did in my life, in my thirties and forties and then when I reached my fifties, I really decided that if there's something that goes on that I don't want, I'm going to stand up and talk."

Conservative MP John Cummins responded to the advice of a friend in such situations. The friend reminded Cummins that one day he would no longer be an MP, and when that day came, he would have to look back and assess whether he had remained true to his own principles or the principles of his party: "At some point you are no longer going to be elected. You may be defeated or you may decide not to run again," Cummins said, summing up the friend's advice. "The only thing that is going to matter at that point is, how did I do the business when I was there? How did I conduct the people's business?" Cummins didn't want any regrets. "You want to have peace of mind when you're no longer there -- you want to be able to look back and say, I stood up for the folks back home.... My view is, you represent the people first, the party second."

New Democrat MP Bill Blaikie's decision matrix on whether to vote with the party was less clearly defined. "Well," he said, "it's kind of a three-way thing between your constituents, your party and your conscience or your own judgment. But judgment and conscience aren't always the same thing, because not everything is a matter of conscience -- because in order to operate within a political party, if everything is a matter of conscience, well then you are not going to be in a political party for long.

"Not everything is a matter of conscience in the sense of, 'I have to resign,' or, 'I have to cast the dissenting vote,' in that sense of conscience. You express those differences of opinion and judgment within the caucus, and then one of the other principles of parliamentary life is that you abide by the majority decision unless you find it so troubling to your conscience... [or to your] sense of survival. [If] their party was asking them to take a position that was going to send them over the cliff, people have been known to cast the dissenting vote for that reason."

Discomfort with the extent of party discipline was expressed even by some cabinet ministers. "I remember that there were bills when I was thinking, 'Why the heck am I standing up on that?' because I didn't necessarily believe [in the party's position]. But you're in the government, and you vote with your government," said former Liberal Cabinet minister Pierre Pettigrew.

Eyes of the whip

The tension between party and politician is a natural and long-entrenched part of the parliamentary system. What we didn't expect to hear from the MPs during the exit interviews, however, was how poorly they felt the parties managed this tension, relying heavily on whipped votes, and punitive measures for those who did not fall in line.

Take the situation that faced the Progressive Conservative-turned-Liberal MP Bill Matthews in 2008, as the House of Commons considered extending Canada's military mission in Afghanistan. Matthews represented Random–Burin–St. George's in Newfoundland, and he displays the independent and pugnacious spirit that reflects the province's reputation.

He also values consistency in his own voting record. He voted against renewing Canada's commitment to the Afghanistan mission when it came up in the legislature in 2006, as did 66 of his fellow Liberals. The matter came up again in the House two years later. This time, the debate concerned whether to extend the mission. "I was not in favour of the mission," Matthews said. "So why would I be in favour of extending it? That's the way I am, you see?... If I was against the mission two years ago, I am certainly against extending the mission now."

As the vote approached, staff from the whip's office approached Matthews to find out how he would vote. "Listen," Matthews said. "I voted against the mission. I'm not voting to extend the mission, so you know how I'm going to vote." He said he told them "a dozen times." And then, when it came time for him to actually vote in the House, he felt the eyes of the whip and the leader on him.

"I stand up to vote against extending the mission," Matthews recounts. "And they're all looking at [me] like, 'What's wrong with him?'"

Matthews felt unjustly maligned by Liberal leader St&eacutephane Dion and his whip, Karen Redman. Several dozen other Liberals reversed their positions, but Matthews stood firm. "And I'm the bad guy?" Matthews said. "I am consistent. Those 40 or so who are inconsistent, that's not me. Don't expect me to follow after the 40 or so inconsistent ones. I'm not like that.... I've been against this from day one and I still am.... I'm not changing."

As with classroom seats in grade school, certain seating positions in the House of Commons are jealously coveted. The closer a seat is to the leader's seat at the front, the greater the status of the occupant. Soon after the Afghanistan vote, the party moved Matthews to a seat back by the rearmost curtain.

"Punishment," Matthews observed. "They'd thought they'd penalize me by putting me back by the curtain.... That's Ottawa."

Excerpted from Tragedy in the Commons: Former Members of Parliament Speak Out About Canada's Failing Democracy by Alison Loat and Michael MacMillan. Random House of Canada, all rights reserved.