'OUR OWN BRAND OF SOCIALISM'

What political philosophy did Gabriel Garc&iacutea M&aacuterquez adhere to? Insights can be gained from this 1983 interview with the New Left Review, republished online this week by his publisher Verso. 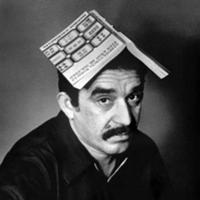 Yet it was a shock, and for millions of people in Latin America and around the world, it was the shock of a death in the family.

For writers especially, he was a key figure in the family: not a father figure, more of an uncle, your mother's younger brother who made everyone else nervous because he knew all the family secrets. He'd heard them from great-grandma, the all-knowing matriarch everyone else had forgotten. Now he was telling them to you because otherwise you'd never understand why your family was so screwed up, and so magnificent.

So you listened, and you tried to understand, but he presented a major problem to you as a young writer. You couldn't just repeat his stories, or imitate his way of telling them. Those were his stories, but you'd have to find someone else to listen to, and tell their stories, your own stories, in your own way.

As a young writer, I had a little trouble listening to Garc&iacutea M&aacuterquez in the first place: sure, I'd grown up for a while in Mexico, and I understood something of the violent beauty of Latin America, but it took me two or three tries to get into One Hundred Years of Solitude. Once in Macondo, I never left.

But it took me years to begin to understand how he had created such a world; almost half a century later much of him is still elusive. I prided myself as a good plotter; he had no plot, or at least none that was apparent until the last crashing sentence of that novel. I urged my writing students to develop a clear narrative persona for their stories; Garc&iacutea M&aacuterquez told his story with a narrator beyond omniscience. Only after many years did I hear in his prose the cadences of his abuela, the grandmother who raised him and told him the comic and tragic tales of the family.

Even that took many re-readings. One Hundred Years of Solitude seems the most accessible of novels, a sustained tale of family gossip, but each new return brought new surprises and shocks. I used to tell my students: "Listen to your manuscript! It's trying to tell you what your story's about." I am still listening to the stories of Garc&iacutea M&aacuterquez, and they're still trying to explain themselves, forcing me to listen harder and think softer, without searching for evidence to support some desired conclusion.

Aspiring writers like to imagine themselves struggling (briefly) to success (prolonged). For Garc&iacutea M&aacuterquez, the struggle was long but the success was lifelong -- longer than life, for his work will be read for centuries. Stendahl, writing in the 19th century, said his real readers would discover him in the 20th; in the 23rd century, students may think flying carpets really did soar around Macondo, and Remedios the Beauty was so gorgeous she had to wear a veil in church to keep men from going insane.

If so, it will be because Garc&iacutea M&aacuterquez gave us a world in which flying carpets and insanely beautiful women are simply part of the landscape. They're in our landscape too, if we can regain our vision and our sense of wonder. As we face our own firing squads, he makes us remember when as children we discovered ice, and everything else that was new and strange in a strange new world.

On the day of his death, it seemed as if every newspaper from Mexico to Cuba to Chile to Colombia honoured him. As well they should have: he woke a civilization to itself, made millions luxuriate in their own daily language as they had never and always heard it before, and taught them to regard their own history with that mix of pain and laughter and tranquility that comes from organizing 32 armed uprisings and losing them all.

Almost single-handed, Gabriel Garc&iacutea M&aacuterquez triggered a renaissance in Latin America. Generations of writers and journalists and political activists feel his eyes on them, sense the quirky smile beneath that moustache, and they will go to their graves knowing they were never as good as the maestro -- but by God, they were better than they would ever have been without him.