It's all too easy to make jokes about our neighbors to the south for their dramatic weight problems, generally poor understanding of geography and that stretch of coastline now famously known as the Jersey Shore. 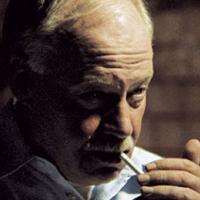 Yet we're seriously reliant on the economic health our southern neighbours. In British Columbia, 45.9 per cent of our total exports went to the U.S. last year. The Canadian economy exports over 70 per cent of its products to the States, forming the world's largest trading relationship between two nations. The case could be made that no other sovereign economy is tied to the U.S. more than Canada's.

So when someone deeply familiar with the collapse of the Soviet Union writes about how the States is headed in the same direction, we might wish to pay attention. Even greater cause for concern is that he has been doing so since 2005, and his predictions have been proving true at alarming accuracy. That, combined with a crushing national debt hovering over Washington D.C., means there is a prescient need for people to hear from those experienced with "superpower collapse."

Dmitry Orlov writes not for fame or fortune, but to provide a book with which you can smack your friends across the head when they state, "No one could have seen this coming." He moved with his family from the USSR to the U.S. as a kid, but his career allowed many opportunities to travel back home and catch glimpses of growing collapse. Though the USSR had been falling apart slowly, it wasn't until Yeltsin uttered the words "Former Soviet Union" that it seemed to happen all at once. The world's first superpower collapsed because its founding myths of technological progress and "bread for all" had failed to match reality.

Moving past the 'iron triangle'

In the newly revised version of Reinventing Collapse, first published in 2008 before the financial crisis began later that year, Orlov expands on his attempt to convince you that the U.S. is much less prepared for collapse than the Soviet Union ever was. Though headlines declaring the end of America won't appear anytime soon, Orlov forecasts that collapse will happen for each person individually, as they are rudely awakened from the American Dream. And while his propositions can be frightening at times, he understands that forecasts of superpower collapse will either frustrate or alienate most people, or end up largely ignored -- until it's too late.

Many of Orlov's forecasts from the previous edition have proven accurate. Orlov's America is a system barely able to sustain itself, ruined by a population bent on a hardened mythology: an iron triangle of home, car and job that is out of touch with the reality of rapidly depleting cheap energy, which made vehicle ownership and suburban home life a gateway to the goal of being middle class. Orlov predicted that as the steady stream of money from employment dried up, the country's depleted social infrastructure would be exposed and the American standard of living would plummet. His forecasts are lived out by the people who have their home in the underground corridors of Las Vegas and in cars across the nation.

Orlov argues that there is a clear recipe for social unrest in the U.S., with approximately 350 million guns, a consumption rate of two-thirds of the world's anti-depressant drugs and a national homicide rate that could be equaled by a 9-11-sized event every month. The can-do American spirit and career-oriented mindset may have served its residents well in the past, but it will be particularly vulnerable in the transition to a post-growth economy. Contrasted to the Russian work ethic during the latter stage of Soviet decline, Orlov says that someone who worked hard and played hard was considered a fool. American career ethics and economic dynamics have lead to patterns of migration that uproot people from communities, something we're witnessing in Canada now -- though this can be a positive in times of collapse, as it makes us more open to strangers and varied living situations than the tightly knit Russian communities Orlov witnessed. Vancouverites know how difficult affordable housing can be, and openness is an asset as living affordability becomes more precarious.

Orlov contrasts the U.S. and the USSR in areas as diverse as housing policies, health care, food production and core societal myths. His explanation of the difference between Soviet and American expectations for education particularly resonated with me. While Soviet schools had far fewer resources, they produced children that knew much more general information and had better conceptual understanding, rather than a focus on exams. At my university in North Carolina, I experienced that exact dynamic. When a professor made a point to avoid specific outlines of what to study, students squirmed with discomfort. In classes with Russian professors, students complained that exams didn't follow homework problems, testing concepts instead. Orlov concludes this is because schools in the U.S. aren't about learning, they are about institutionalization; merely biding the time while kids enter the institution of the workforce, government, a corporation or prison.

While the updated Reinventing Collapse retains many of its first edition's ideas, it reads smoother and makes the case stronger for the collapse of the U.S. But it's not all doom and gloom. Orlov presents very clear and surprisingly optimistic recommendations, revealing an age of opportunity for those willing to adjust their expectations. Orlov thinks black market economies in scavenged material will become the norm in the near future -- and evidence of that is booming, as witnessed by the rapid growth industry of copper and air conditioner theft in the U.S. Orlov explains that expensive health care will become out of reach for the majority, and alternative medicine will grow in popularity as the complex networks that enable pharmaceuticals wither away. He says that instead of building an electric car no one can afford, products and services can be designed to serve the huge and untapped market segment of the permanently unemployed. There will be a need, he says, for low-cost housing opportunities like dormitories, GPS devices for retrieving and locating stashes of gear, or campgrounds that provide garden plots.

The American economy is deeply tied to oil consumption at incredible levels, made possible by the world's reserve currency. Orlov explains that as oil prices increase, the economy will decline, leading to shortages of serviceable equipment and an inability for citizens to consume -- hurting economic activity further, weakening the U.S. dollar and making more oil even further out of reach. Once shortages appear, much of the spare gasoline is wasted idling at the few gas stations still open and hoarded by those with ambition and foresight. Reinventing Collapse explains how even a relatively minor temporary disruption in gasoline could lead to a dramatic shift to a black market economy for fueling vehicles. Another advantage lies herein for Canada as the value of the loonie has been closely tied to oil prices for over a decade.

So where does that leave Canada? While our debt-to-GDP ratio is among the healthiest of the G20, economic ties to the U.S. means we should pay attention. By understanding where the U.S. is headed, perhaps the argument for greater resilience and sustainability here in Canada can be made anew.