From fans to detractors of esteemed U.K. record label 4AD, no one has quite pin-pointed a so-called sound for the label in its nearly 35 years of existence. Author Martin Aston's new book Facing the Other Way: The Story of 4AD raises this point several times, ultimately concluding that while the label's first 20 years may have cascaded through genres like goth, dream-pop, slowcore, quiet-loud-quiet college rock and more, there was one unifying thread uniting all the acts: founder Ivo Watts-Russell. 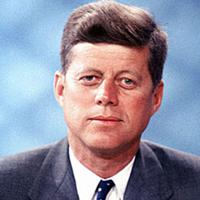 The tome covers the shy personality's childhood days in Oundle, in Northamptonshire; to founding the label in 1979 with fellow Beggars Banquet employee Peter Kent; to the label's many successes and failures; to his own personal breakdown and the life he led after selling to Beggars in 1999. The artists act as the soundtrack to all this, from the Cocteau Twins' "Ivo" to favourite Red House Painters cut, "Take Me Out."

Initially started as Axis Records, the company pressed up four singles -- three failed to leave an impact, but a fourth for goth pioneers Bauhaus, "Dark Entries", saddled the label with the moody goth tag for years to come. Early signees the Birthday Party could have been lumped into the same category, whether or not they were lampooning goth with "Release the Bats," but by the time the label issued M|A|R|R|S's dance and hip-hop-flirting, sample-heavy "Pump Up the Volume" single, it was clear that music mag NME's verdict of "more dark offerings from the goth label 4AD" was not just dismissive, it was ignorant. The dubious review was later retracted, and the single given a review in which it was actually listened to.

Scottish dream pop unit Cocteau Twins gets a lion's share of the coverage in the first half of the book, running from the trio's early days as shy, introverted speed freaks to producers of classic ethereal pop masterpieces like Treasure and the Aikea-Guinea EP. While Elizabeth Fraser's dewy under-enunciation is praised as the voice of God, guitarist Robin Guthrie is painted as a controlling cocaine addict in many passages. Money and due credit are brought up several times by Guthrie, with a major bone of contention being a 1983 cover of Tim Buckley's "Song to the Siren" which was ultimately credited not to the Cocteaus, but to This Mortal Coil, a project that utilized a number of players from 4AD bands. Both Guthrie and Watts-Russell debate the point.

Pixies are another big player, with the book chronicling the rise and fall of the Boston college rock giants. While debut LP Surfer Rosa was hailed in part for wiry arrangements and the vocal interplay between Charles Thompson (aka Black Francis) and Kim Deal, the book notes that a rift quickly developed between the two. Band fights on the road, icy relations offstage and a diminished vocal presence from Deal on the group's last three LPs preceded a break up, but Deal rebounded with her 1993 Breeders LP Last Splash, which yielded the massive and bouncy "Cannonball" single. Black, meanwhile, recorded a pair of solo LPs before bowing out of 4AD.

The amount of iconic, or at least well-celebrated acts that went through the 4AD system is staggering. Other highlights include shoegazers-gone-rockers Lush, who the label admitted were shit live in their early days, but promising in the long run. Sadly, the act is chewed out in the course of the book by the touring system, and breaks up following the suicide of drummer Chris Acland. Also covered in detail are Throwing Muses, Red House Painters, Belly, Mojave 3, His Name is Alive, and a number of lesser known acts like Clan of Xymox, Spirea X and Ultra Vivid Scene. Just as important is the story behind the label's graphic department, and its heralded leader Vaughan Oliver.

While concentrating on the Ivo years, the book does offer a taste of modern day 4AD, which currently includes St. Vincent, Grimes, Deerhunter and, oddly, Floridian rapper SpaceGhostPurrp. In light of a long line of strong female personalities on the label (Fraser, Deal, Lisa Gerrard of Dead Can Dance, Kristin Hersh and Tanya Donnelly from Throwing Muses, Lisa Germano), fansite keeper Jeff Keibel tells Aston that the rapper's casual misogyny "forever taints the legacy of the label." Debatable, for sure, but ultimately proving how damn hard it is to figure out 4AD to this day.