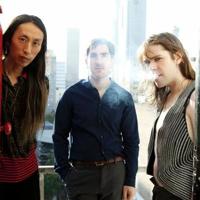 Over the last 10 years, the esteemed Chicago imprint the Numero Group has made it their business to uncover some of the gems the music industry tried to forget. Their back catalogue is littered with countless tales of go-nowhere acts that broke up before they got big, or didn't do more than maybe make a ripple in their hometown with a seven-inch.

Some of Numero's many, many highlights include the acid-tab psych-masterpiece A Lovely Sight by Rockford, IL's Pisces, the flamenco-flecked funk soundtrack for the abandoned blaxploitation flick Brotherman as performed by the tragically monikered Final Solution, and the label's bright and bubbly power pop comp, Buttons.

Perhaps most celebrated of all is their Eccentric Soul series, which over the course of 13 volumes thus far has showcased unsung scenes across the U.S. in the 1960s and '70s, with Miami's horn-heavy Deep City region managing to nab two separate entries. As detailed in the extensive liner notes to the latter volume, 2007's The Outskirts of Deep City, the collection was curated from "a ragged cardboard box" containing roughed-up reel-to-reel masters and cracked acetates.

As can be expected, the Eccentric Soul series can sometimes be a less than hi-fi experience, and there's an amateurish charm that may knock it a few shades below Motown and Stax for most listener's tastes. But damned if tracks like Eula Cooper's brassy "Heavenly Father," Helene Smith's devastatingly devoted confessional, "I Am Controlled by Your Love," or the ultimate demo discovery, Penny & the Quarters' intoxicating guitar-and-vocals masterpiece "You and Me" aren't some of the finest pieces of R&B laid to tape.

Thankfully, there's still way more in store from the label, which apparently has an unending secret stash of soul goodies tucked away somewhere. On Oct. 30, the label will celebrate its 10th anniversary with the massive Eccentric Soul Omnibus.

On top of being the first ever nation-wide encapsulation in the series, the set differs greatly in its presentation. While previous editions were preserved on either CD or a slab or two of 12-inch vinyl, the Omnibus spreads its material over 45 separate seven-inches. Or, if you will, on 45 separate 45s. As it happens, this is the label's 45th release.

While previous collections have featured some detailed liner notes on the artists and studios featured on the sets, the Omnibus features a 108-page hardback clothbound book of photos, anecdotes and indices, practically making those older summaries seem by comparison like colourized leaflets Xeroxed at a Kinkos.

As with the nature of the medium, the gargantuan singles collection won't be housed in a standard record jacket, but instead in a special edition collector's box with a flip top lid. There will apparently be 19 different two-tone colour combos with a fancy clasp keeping it shut.

While fans of the series are no doubt thrilled to get another grab-bag of generally unheard talent, there's something perverse about the scope of this latest project. While the digital age continues to chip away at the relevance of the compact disc (spoiler: it's nil), the coldness of carrying all our music on our phone has encouraged a return to the nostalgic world of warm-sounding analogue vinyl. But at what point does this current wave of vinyl fetishism become more about the marketing than the music?

The concept of just sitting down and flipping 45 different records, 46 if you pre-order, is practically masochistic. Those two-platter volumes let you ease into those sexy bass grooves, heart-tugging horns or and melodious falsetto vocal harmonies (check East St. Louis' Young Disciples single "Girls Girls Girls" off the 2008 compendium The Young Disciples). Lest you're a crate-digging DJ, chances are you'll lose your patience the fourth or fifth time you interrupt your conversation to change records.

This isn't the first epic box the label has put together (last year's Boddie Recording Company: Cleveland Ohio set yielded almost 60 songs spread across five 12-inches, while an older collection focused on soul singer Syl Johnson was comprised of six LPs), but this latest venture seems a bit of a chore to get through.

True, your box set will come with a full download code of the roughly 90 songs (a full tracklist has yet to be unveiled), but that seems like a cheat for the weak-willed, and could ultimately deprive even the most devout fan from exploring every inch of wax to load up their iPhone. On another tangent, well, there's that $200 price tag to deal with too.

At the end of the day, though, the Numero Group is just doing what they do best, and that's shedding light on some old school soul beyond the realm of the Four Tops, Smokey Robinson and the Miracles, the Supremes et al. There's still a couple of weeks to go before you can grab the Eccentric Soul Omnibus, but the label has set up a site previewing a new 45 every day leading up to the release.

Already, you can sample Cleveland native Pat Stallworth's sultry, complimentary slow jams "Questions Part One and Two," San Antonio, TX's the Volumes' dewy-eyed, ba-ba-ba-imbued rave-up "I've Never Been So In Love," and the sizzling, wah-wah guitar and fluttery flute-work on Kingsport, TN outfit Flack and Company's "Disco-TNT," among several others. And damned if they aren't some of the finest R&B cuts that have ever been laid to tape.