There are no doubt some of you out there waiting for Nick Cave and his Bad Seeds to properly follow up Dig, Lazarus, Dig!!!, the long-running troupe's fueled-up and funky 2008 LP. Devotees of Cave are probably also itching for the literary rocker to deliver another lunatic venture with his Grinderman offshoot, though late last year the band went on an indefinite hiatus. 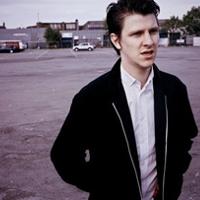 A Word or Two from Jamie T

The best we've got until then is the new soundtrack for prohibition-era gangster flick Lawless, which was scored by Cave and his longtime partner-in-crime Warren Ellis. And you now what? The shit-stomping conceptual Americana collection should do just fine.

Cave is tied to Aussie director John Hillcoat, who helmed Lawless, in more than a few ways. The pair had previously collaborated on The Proposition, a 2005 western penned by Cave. Now, the singer has reteamed with the filmmaker to deliver the screenplay for Lawless, which works off of Matt Bondurant's 2008 novel The Wettest County in the World, which was based on Bondurant's bootlegging ancestors in Franklin County, Virginia. Cave and Ellis had prepped the score to The Proposition, so it only made sense that they'd want to get a hootin' and a hollerin' on this latest project too.

The bulk of the soundtrack collects a crack team of players under the name the Bootleggers, who offer up boldly bluegrass-driven covers of Link Wray, Captain Beefheart, and more. Former Screaming Trees vocalist Mark Lanegan lends his gravelly pipes to "White Light/White Heat," a hard-fiddlin', back porch boogie-woogie version of the Velvet Underground classic, which seems more driven by a couple heady sips of bathtub shine than the original’s straight shot of methamphetamine.

Interestingly, the covers get double-dipped by bluegrass figure Ralph Stanley. Most impressive is his take on Beefheart's early slide-guitar rave-up "Sure 'Nuff 'n Yes I Do," which is slimmed down to a stunning and earthy, drawled-out a cappella. It makes you wonder how the seasoned singer would’ve tackled talking 'bout "hot coffee from uh krimpt up can" on Don Van Vliet's cut-up, free association masterpiece "The Dust Blows Forward 'n the Dust Blows Back," if given the chance.

As for the album's originals, Cave casts himself as a hillbilly Beelzebub atop rumbling gutbucket bass lines and Ellis' psychotic bowing on the menacing "Burnin' Hell," pointing out the southbound location all fun-lovers will eventually make their way to. Emmylou Harris pops up a few times throughout the score, but impresses the most with her rustic vibrato on the atmospheric violin-drone "Fire in the Blood."

There are currently a few ways to soak in the sounds of Lawless. For one, the soundtrack is available now via all the usual retailers, thanks to Sony Classical. With Lawless having opened in theatres yesterday (Aug. 29), though, you could, just as easily sit back in your cushy seat with a package of gummy bears in hand to hear Cave and Ellis' latest rabble-rousin' batch of tunes. Just don't forget to smuggle in that blindness-inducing, 190 proof jug of white lightning.