I have good news and bad news. 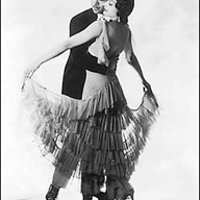 The good news is that love in Grade 5 is still the same as it ever was. The storms and squalls of emotion, the endless rounds of gossip about whether people have actually kissed full on the lips, the drama, the jealousy, the threats, the secret campaigns waged to woo and repel, the pining, the pining, oh the endless pining.

All the agony and ecstasy that you remember from your days in short pants remains precisely the same, only now it's your kids are that are going through it. For them it is freshly minted, as sharp as new ice, hot as tomato soup. Living with a pre-teen boy, it all comes back to me, vicariously, only with a slightly different point of view. It used to be I understood the girl version of young love. Now I see it from the boy's perspective, and I don't know which one I feel more sympathy for.

Wes Anderson's new film Moonrise Kingdom gets the storm of new love quite right by setting it right in the midst of an actual storm. There are also flash floods, lighting bolts, and hurricane force winds. If ever there was a more apt series of metaphors for the waves of hormones raging and surging inside the newly pubescent, I don't know what it is.

I remember it well from my own girlhood days, when the power of what was inside my skinny body came barreling out through the need to torture boys, and an unseemly interest in Wagner's Ring Cycle. In Moonrise Kingdom, the internal landscapes of emotion can only be expressed externally in the heaves and groans of dams breaking, the world erupting in lashing storms, the orchestral heft of symphonic scores played by strings, brass, and tympani. In the face of all this epic drama, there is a calm at the centre of the storm, where the two young lovers drily eyeball each other. But before we get ahead of ourselves, and head right into the climax of the work, we must begin at the beginning. Which is a very good place to start.

Inside the storybook doll's house world of Mr. Anderson's film, things unfold at a preordained rate, helped along by a loquacious narrator (Bob Balaban), who intones the nature of the story that we are about to see. Once upon a time on New Penzance Island, a boy met a girl, and there was a terrible storm.

Sam Shakusky (age 12) is an orphan, a rogue and a Khaki Scout, in that order. Suzy Bishop (also age 12) is a problem child, a romantic and a devout reader of fantasy novels. Misunderstood and lonely, these two solitary souls initially meet in the midst of a rather a grandiose production of Benjamin Britten's opera Noye's Fludde ("Noah's Flood"), fittingly enough. A year later, after an epistolary romance that would make Clarissa blush, the two plan their escape, and take their love on the lam, much to the consternation of the grownups around them.

The adults on the Island, Mr. and Mrs. Bishop, lawyers both, (played by Bill Murray and Frances McDormand), Scout Master Ward (Edward Norton) and police chief Sharp (Bruce Willis), are a uniformly sad and disappointed bunch. The choices that they have made have left them bereft. It's no wonder that the kids want out. If this is adult life, best to get gone while you've still got the energy to do so. Which is precisely what enterprising young Sam does. He cuts a hole in the side of his scout tent, paddles his miniature canoe upstream, and arrives at the appointed meeting place bearing flowers.

Sam and Suzy, like Bonnie and Clyde before them, instantly recognize the outlaw streak that runs deep down the middle of them both. With his scout knowledge and her endless reservoir of rage, the two make a formidable pair, able to stand off the combined forces of the Khaki Scouts, as well as the powers of church and state.

As the lovers make their way around the Island, following the ancient harvest route of the First Nations people before them, they come upon a perfect beach cove. Inside this private kingdom, their relationship can be consummated, and all rules cast off. Here in their own personal universe, the two dance in their underpants, French kiss, and jump head first into love. Of course, the real world comes knocking soon enough, in the form of outraged authority of every stripe, parental, scout and police, tearing our two lovebirds asunder.

There is some old saw about the course of true love never running smooth and that holds true here as well. Despite the forces ranged against them, Sam and Suzy remain obdurate and resolute, holding fast to the feelings that bind them together. Wild things right down to their animal masks, they scamper off into the forest, foxes before hounds.

The film is essentially one long chase sequence. Each time the cage comes down the couple gnaws their way out, and keep running, stoic in the face of all threats, be it an enraged father, or threats of institutionalization and shock therapy.

Partly this is charming and partly it is annoying, which is how I always feel in the midst of most Mr. Anderson's films. As hermetically sealed as a museum dioramas, they point to the idea of things, without ever having to genuinely mess about in real sticky emotion. Certainly they are gorgeous to look at, art-directed to the power of 10, with a camera that glides smoothly as silk between scenes, always at a distance. In Moonrise Kingdom, the little controlling touches of the filmmaker's hand abound, the blue-green iridescent sheen of the beetle earrings that Sam makes for his ladylove, echo the same blue-green of her eye shadow. The peach shade of Suzy's dress is the exact shade as the fading colour of the lighthouse perch upon which she watches for Sam's arrival. There are other more mysterious things, such as why does Mrs. Bishop wear her wedding ring on the wrong finger?

What do these tiny lovely bits and baubles mean? Hard to say whether they are there simply for you to rest your eyes upon and admire, or if they serve a greater function. It is perhaps this quality that bugs me the most about Mr. Anderson's films. There is emotion here, but it is under glass, you can look at it, marvel at the endless intricate detail, but you cannot touch it. The universe that Anderson creates echoes back into itself, with the same actors showing up to reprise earlier versions of themselves. Thus, Sam Shakuksy is a precursor to Rushmore's Max Fisher (played by Jason Schwartzman) right down to his penchant for uniforms and his glasses with their heavy frames. On cue, Mr. Schwartzman shows up, playing another version of his character. The insularity here feels a bit suffocating.

If I have any quarrel with this approach to filmmaking, it is only this. I would like to touch it, or rather I would like it to touch me. I am not the first to make this critique of the director, nor the last. He is an artist of nostalgia, precious certainty, guilty of an almost obscene level of fetishization of the past, be it brown corduroy, portable record players, or noble ideals. But as my mother likes to endlessly remind me, sentiment is not the same thing as emotion, and this love of artifact and artifice stifles the film.

After a while, you want to break through the glass to let some air in, for the characters to evince some level of real feeling, ugly, extreme, agonized, whatever, as long as there is something that breaks the spell. The agony of love is just that, after all. But the downy little faces of Sam and Suzy remain deadpan and expressionless. They stay babes in the woods, fairytale children, wandering away from the world into made-up versions of life and love.

Anyone who has ever witnessed or undergone the pangs of 12-year-old love knows it is never that simple.