There are a few ways to know you're growing old, especially if you write about music (the other way is to understand that time marches inexorably forward, without mercy). They come as little, startling revelations, such as when you realize that the last five bands you really liked had an average member age 10 years younger than yours. Or when you see that your favourite album of the year, the one you're about to write about right now, this very minute, is appearing at the top of almost every critic's list that very day. In other words, when your supposedly nuanced and individual taste is revealed as the taste of the masses. 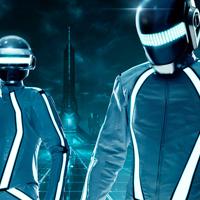 The Game Has Changed

But when it came to my favourite album this year, the choice was so obvious that I can't fault the entire Internet for agreeing. But before we get to it, here are my second and third picks.

3. The Tallest Man on Earth - The Wild Hunt

Kristian Matsson gets compared constantly to Dylan, which, as he often mentions in concerts, allows him to shamelessly steal from other, lesser known artists. That he owes a debt to folk artists who have come before is undeniable; that he has shaped those sounds into something uniquely his own is unmistakable. His lyrics have a poetry unique to people for whom English is not their first language, and he manages to stay far away from worn clichés:

Watch a live performance of "The Wild Hunt"

I came very late to The National party, completely overlooking 2007 album, Boxer. I don't know what changed about me over the last three years, but suddenly I can't get enough of it, and I'll be the first to say I agree with every criticism I've heard about High Violet. Lead singer Matt Berninger's lyrics are literally repetitive, his vocals often sounding flat and disinterested. Despite being music majors, The National's songs tend to feature less than five chords -- breakthrough hit "Fake Empire" was C, F, and G repeated in two patterns. And if you had read that two-sentence description to me three years ago, I'd probably have put The National in the don't-bother-listening-to part of my brain and turned on "Hey Ya!" again.

But then I heard "Bloodbuzz Ohio," a churning dirge of a lead single, and it all clicked. The National is not a pop band or a rock band. For lack of a better term it is probably an art band, which again doesn't do it any favours. The truth is, The National defies easy descriptions, and is definitely greater than the sum of its parts. You can read a description of most recently produced music and get a sense of whether or not you will like it; The National produces music that really must be heard to be understood, which might be, in our knee-jerk dismissive times, its greatest accomplishment.

Watch The National perform "Afraid of Everyone" on Letterman.

I first experienced Janelle Monáe -- and really, experienced is the only appropriate word - when I came across a clip of her performing "Tightrope" on Letterman. There's no way I can possibly overstate this. I was completely blown away. I watched it roughly 10 times in a row and still couldn't believe what I was seeing. Monáe is a singular talent of such force that 20 years from now, when our teenage children are mining the past for their own nostalgia, Monáe is what they'll reach for. Eloquent in interviews, she has the energy and braininess of a philosophy undergrad with none of the pretension. Even more awe-inspiring is the sheer scope of the record; she tackles funk, prog-rock, and English psychedelic folk, sometimes in the same song. The only downside to all the attention she is getting is you'll never discover her in a club again -- stadiums are too small for her talent.

To sum up in one sentence why this is my, and many, many others', album of 2010 -- The ArchAndroid got me excited to listen to music.