Who's the most exciting new act of 2010? Funnily enough, the answer is Die Antwoord -- or Afrikaans for The Answer. Die Antwoord is a South African rave-rap group consisting of Ninja, Yo-Landi Vi$$er, and DJ Hi-Tek. Their music has the ethnic flavour of M.I.A., the offensive lyrical flow of Eminem, and the eurodance charm of Aqua. Their clothes, hair and tattoos? Not so easy to classify. Thankfully, Die Antwoord has a word for it: zef. Ninja defines zef as "the ultimate style," but a more apt definition is South African, white trash peacocking. 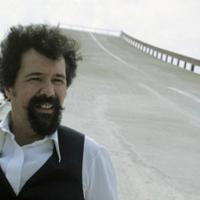 The braggadocious trio was virtually unheard of outside its homeland until the videos for "Zef Side" and "Enter the Ninja" got posted on the group blog Boing Boing in February. The next day, Die Antwoord was the biggest musical act South Africa had ever produced and a global sensation. Factor in the numbers from all the people who have reposted "Enter the Ninja," and it currently has around 10 million views on YouTube.

If truth is self-evident, then it should be abundantly clear after watching the videos that Die Antwoord is an amazing new talent. But once the initial awe wears off, a common question people ask is: "Am I falling for an elaborate art school prank?" On the surface, it does seem like you're watching music videos for the South African equivalent of the Trailer Park Boys. And kudos must be given to Die Antwoord for effortlessly doing a better job at the real/hoax thing than Joaquin Phoenix. But the whole debate is moot -- especially with rap, where pretty much every performer has a wacky pseudonym and a larger-than-life persona.

Riding the buzz its videos generated, Die Antwoord did what every viral superstar should do: they flew to Los Angeles, signed with a major label and put on one of the year's most talked about performances at the Coachella festival. From there, things got even more peculiar. It was confirmed that District 9 director Neill Blomkamp was working on a project with Die Antwoord. It was also confirmed that David Fincher was courting Yo-Landi Vi$$er to play Lisbeth in the English language adaptation of The Girl With The Dragon Tattoo (she turned down the role because it conflicted with her touring schedule, along with her further plans to star in a feature length version of the "Zef Side" video called The Answer).

Die Antwoord's music, style and rapid rise to fame is so very, very now. It's almost impossible to imagine this outfit existing at any other time than the present. On Oct. 12, Die Antwoord releases its major label full-length, $O$, and it's essentially a re-release of an album it was giving away for free with four new tracks. This would be an anti-climatic move by the group if it wasn't for the penis-laden and very not safe for work music video for the track "Evil Boy" that was just released. Video killed the radio star, but Internet made Die Antwoord video stars, and "Evil Boy" will surely be clogging up your Facebook and Twitter feeds for the next few weeks.

Die Antwoord comes to the Commodore on Tuesday, Oct. 12.