Kurt Cobain would wake up from dreams and write down the first words that came to mind. Coldplay is just Travis who is just aping early Radiohead. Janelle Monae is a female James Brown. Anything about Justin Bieber. 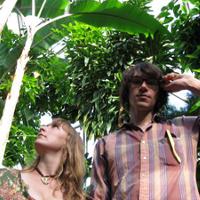 Dancing With Tears in My Eyes

There are as many reasons to not listen to music as there are musicians, producers, songwriters, publicists and record label executives combined, and there is no shortage of people who will tell you their reasons. In 2006, a mini furor was caused by the Strokes' "Razorblade" because it sounded, well, exactly like Barry Manilow's "Mandy," and as we all know the worst thing a rock band can be called is derivative. Except, as revealed on the podcast Soundopinions, both songs sound a lot like Beethoven's "Moonlight Sonata."

So let's get this out of the way: "Punching In a Dream" by New Zealand's the Naked and Famous sounds exactly like MGMT's "Kids." If you've heard the latter, it's impossible to listen to the former without it creeping into your mind. Does this mean you should just ignore their debut album Passive Me, Aggressive You? That depends on where you place complete and exclusive originality on your list of reasons to listen to music.

The problem with the originality test in popular music, besides it being the sort of daft thing you're likely to argue about at three in the morning while drunk, is that the most popular artists of the last five years have been obviously, blatantly derivative. Lady Gaga, Coldplay and Fall Out Boy wear their influences so heavily that using it as a criticism seems grossly redundant. One of the biggest songs of 2006, Rihanna's "SOS," was built entirely on the back of Soft Cell's "Tainted Love."

The Naked and Famous -- "Punching In a Dream"

So yes, if the Naked and Famous were a museum display, their information card would read "Indie Music -- 2010," and they have more than a passing familiarity with Sleigh Bells, Crystal Castles and the aforementioned MGMT. But if they have an art it's in unabashedly taking from every single aspect of indie rock, blending it all together, and sounding like they're having a great time while doing it. You've heard "Young Blood" before (when it was called "Sleepyhead" by Passion Pit), but that doesn't make it any less tuneful, any less joyful or any less of a song to provide background for your daily tasks.

Future scholars will probably never debate the artistic merits of the Naked and Famous. But try telling me this wouldn't give them a pretty complete sense of popular music circa 2010.