On November 21, 2000, a previously unknown group calling itself The New Pornographers released their first album. The North American buying public failed to notice, but Mass Romantic went on to change the indie Canadian music landscape, landing on numerous best of the decade lists, and establishing Canada -- members hail from all over the country -- as the new Seattle and Brooklyn. 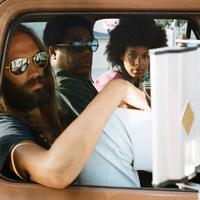 A Rolling Stone Gathers No Moss

Had the members been better known at the time, the press might have labeled them with the dreaded "supergroup" moniker. As it was, The New Pornographers were the type of band not seen really since the '70s -- a large group of friends who got together and formed songs from the ground up, with everyone singing, often at the same time, and playing whatever instruments made sense. Although Carl Newman (once of Zumpano) and Dan Bejar (Destroyer) are the official songwriters, each song sounds distinctly like a group affair.

By the time Broken Social Scene released its second album, the critically lauded and grammatically confusing You Forgot It In People, the world was ready. "Oh," it seemed to say, "another large group of Canadians singing in chorus and playing multiple instruments -- this time let's take notice." You Forgot was the indie album of 2003, introducing us to not one but two female singers we'd come to love in Emily Haines and Leslie Feist, and essentially laying the groundwork for every band out of Montreal for the next seven years.

Earlier this week both bands released new albums, essentially a decade after they came into being. Are they as significant now as they were at the turn of the millennium? In short -- sort of.

In Bejar and Newman, Canada has its own Lennon and McCartney, and I think an Order-in-Council should be passed forcing them to make more music together. On his own, Newman is pure pop confection, lovely in small doses but overall a bit much for daily nourishment. Bejar is just too weird. Together they produce songs like 2007's "Myriad Harbour," a dense, churning shanty, and the highlight track off 2007's Challengers. On previous albums I've always favoured Bejar's songs, but his contributions here sound thin and forced. "Silver Dollar Jenny" is particularly painful, less a song than the idea of a song heard through a tin can.

The only track that has the same force and presence of their previous work is "My Shepherd," and even that requires a heroic performance by the always reliable Neko Case. In fact, it's hard not to think that the album would have been much better had they just let Case sing it all. Other reviews claim that The New Pornographers sound different on every outing, but that claim is refuted right away by "Moves," a song that in structure and tone follows closely the pattern of "My Rights Versus Yours" (but owes even more to Grizzly Bears' "Two Weeks"). Together sounds exactly like a New Pornographers album, which is by no means a bad thing. It just isn't very exciting.

Broken Social Scene, which has the same problem as the New Pornographers in terms of getting its members together long enough to record, doesn't seem to have suffered for its five year break between albums, probably a result of members recording in various combinations during that period. The result, in Forgiveness Rock Record, is an album every bit as strong as previous efforts, and actually a much stronger offering than its 2005 self-titled album.

You Forgot had the double punch of "Almost Crimes" and "Lover's Spit," one fast and jarring, setting you up, the other slow and simmering, sneaking in for the kill. On tracks four and five, Forgiveness delivers its own combination in "Forced to Love" and "All to All," the latter sung by all three BSS ladies: Emily Haines, Leslie Feist, and Amy Millan. "Forced to Love" comes in with roughly 100 guitars (seriously, watch all of them in this Letterman performance), but then adds to all that noise with a lead flute. Yes, flute.

"All to All" takes every advantage of having the three female singers together -- the vocals are, pardon me here, truly angelic. But it's the use of strings at the halfway mark that really distinguishes the track, and points out a key difference between the two bands' current approaches to music. Whereas The New Pornographers use strings in a traditional pop way, accenting their songs around the edges, BSS incorporate them as another central instrument. The string work on "All to All" functions much like a guitar or piano, while at the same time sounding entirely new.

Perhaps it's unfair to make the comparison, driven as it is largely by the date of their releases. But it's hard not to listen to each album and see bands headed in different directions. While it's no competition, if neither group releases another record, Broken Social Scene will have finished on top.

You can hear the New Pornographers' Together in its entirety on NPR.