My dad has a surefire way to tell if he'll like a musician -- enunciation. "See," he will observe when Nat King Cole is on the radio, "you can hear every word." Nat King Cole is basically the gold standard for my dad, and it's easy to see why. Cole enunciates like the smoothest elocution teacher you'll ever meet. It's especially fun when my dad applies this criterion to a popular singer not noted for his pipes, such as Rod Stewart. "He's a lousy singer," my dad will say, "but you know exactly what he's singing about every time." 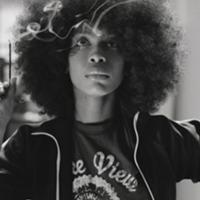 The reverse, however -- that someone with a great voice who mumbles, or anyone who doesn't pronounce words distinctly will not be popular -- doesn't seem to matter to my dad. He's not about corollaries. The first time he heard Eddie Vedder singing "Even Flow," he said, "this guy will never make it." When I pointed out that Pearl Jam had the number one album in America, he dismissed this as temporary. "They'll be gone in a year," he said.

One artist does defy my dad's categorization, much to his chagrin, to the point that he considers it evidence of the world's ever-present madness: Bob Dylan. Horrible voice matched with complete disregard for vocal clarity should mean that Dylan was quickly forgotten, and his continued popularity hangs like a dark cloud over my dad's musical sensibilities (I'm sure he'd feel the same way about Tom Waits if he knew about him).

So I wonder what he'd make of Kristian Matsson, a.k.a. The Tallest Man on Earth, a folk singer often compared to Dylan. Matsson is from Sweden, and so, as with most northern Europeans, he speaks English better than native speakers. His signature twang is slightly reminiscent of folk's more nasal practitioners, but it's his pastoral lyrics that have been garnering attention. His latest album, The Wild Hunt, has the music press using verbiage usually reserved for bands from Brooklyn and Montreal. "The King of Spain" is the kind of shimmering hoedown guaranteed to be used in indie movie trailers about high school, while the title track picks its way delicately through the garden in your mind. If that sounds like unsurpassed whimsy, it definitely is, but Mattson's tight fingerpicking and excellent wordplay keep the affair from getting too twee.

As good as The Wild Hunt is, it is actually a track from his first album and his cover of Jackson Browne's "These Days" that best showcase his duel talents. (As is increasingly the case, YouTube provides the definitive versions.) "The Gardener", apart from identifying the origin of his performing name, is a strange tale of love and messages delivered through vegetation and curious mistakes:

I sense a runner in the garden

Although my judgements known to fail

Once built a steamboat in a meadow

There ain't no cowboy in my hair

So now he's buried by the daisies

So I could stay the tallest man in your eyes, babe.

The Tallest Man on Earth -- "These Days"

His version of "These Days," recorded for The Take-Away Shows, is more musical theatre than simple song; he wanders around a crowded music shop in New York, starting with a kalimba and eventually settling down with a vintage guitar. Gone is the sleepiness of Nico's signature interpretation, replaced by the pining only a thin man with a moustache can deliver.

The Tallest Man on Earth is playing St. James Hall (3214 West 10th Avenue, Vancouver) with Nurses on May 12.