It's easy to think, sometimes, that Canadian cultural institutions hate us. Canadian television certainly works hard to give this appearance. Just when it looked like CTV had rid the world forever of Corner Gas, out comes the news that our "favourite stars" have risen, Hydra-like, in two new shows. I'm no mathematician, but less than one show divided by two gives you... really crappy television. 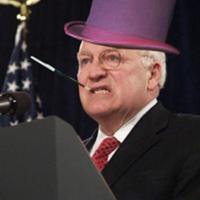 CBC Radio features some of the most innovative programming being produced anywhere, which I suppose is why it's been exiled to radio, while CBC Television is like the four drunk funny guys with whom you went to college, only in the morning and painfully sober. CBC Television preempts hockey during the playoffs; that is some serious self-loathing.

And then there are the Juno Awards. Oh, the Junos. Two years ago when someone there realized, "This Feist girl seems to be popular, and this Arcades on Fire too," it looked like the much-maligned awards show was on its way to recognizing more than U.S. sales figures. Of course when you have the following on your website, you may have a bit of a complex about your selection process:

Did you know that only 9 out of 39 categories have a sales component? The majority of our categories are judged by a panel of experts based on the pure craft quality of the music.

Only 1/4! And the rest are judged on pure craft, people!

It turns out 2008 was a complete anomaly. Maybe Feist and Blue Rodeo don't seem like such a stretch now, but compared to this year's nominees they might as well have been The Most Serene Republic. Holding the Junos up to any sort of recognizable artistic standard might be like tilting at windmills, but it is Canadian music’s highest profile award and, like it or not, a fairly important one. Winning a Juno matters. Unfortunately, the people for whom it might matter the most are relegated to increasingly odd categories.

The Junos alone cannot be faulted for having an "Alternative" category -- the term crept into awards during the '90s and never went away. It's basically shorthand for "The Award We Would Have Given to Nirvana Had Nirvana Not Sold Millions of Albums." But what in the name of Billy Corgan is Adult Alternative? Are the performers simply older than the ones in the Alternative category (which is so inane it makes my teeth hurt)? Not on the radio? X-rated? And I'm guessing that International Album of the Year is one of the sales-based categories, as they managed to place Britney Spears, Black Eyed Peas, and Susan Boyle all in the same list, like an unholy trinity of sonic terror.

Wanting to give Mr. Talent his due, I cued up a list of songs on Grooveshark and forced myself to listen to at least 10 minutes. My assessment -- it's nice to see the boys from Linkin Park enter their twilight years with such aplomb. On second listen -- not as whiny as Simple Plan, but much whinier than Sum 41. But at no point did I think, my God this is it, the album of the year. The worst part about the list is that not one of the nominees would be a surprise to win, and when they inevitably give it to Bublé, few Diana Krall fans will feel slighted. Why not move Japandroids over from the Alternative category, if only to add some much-needed texture to the proceedings?

Do the Junos matter? They do in the sense that all mainstream exposure matters. But the unfortunate fact about televised awards is that they are guided by the logic of self-sustenance, and make choices designed not to further the craft they ostensibly champion but to keep the show itself on the air. Given this, why not ignore the Junos entirely and spend a night with the 2009 Polaris Prize-winning Fucked Up. The band is loud, angry, and still wonderfully melodic.