Recently, Leonard Cohen circled the globe on what many believe will be his last tour. During "Tower of Song," as seen in footage from his London tour stop, he plays a truncated solo on his Technics keyboard, carefully, one might say tentatively (and quips when he turns the drum loop on, "I don't want anyone to get alarmed. I know you probably haven't seen one of these before. It goes by itself.") The crowd goes ballistic, and Cohen, ever the gracious performer, bows his head and smiles, mumbling, "You are very kind." Watching this sequence made me think -- which Canadian artists 20 years from now would elicit that kind of response from a foreign crowd? 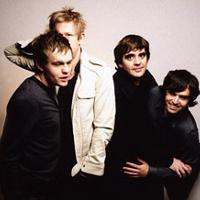 Canadian female artists owned the '90s, in a way that seems inexplicable now. Alanis Morrisette, Shania Twain, and the patron saint of female performers Sarah McLachlan all won multiple Grammy awards, sold millions of albums, and spearheaded gigantic tours, right on the heels of Nirvana and Smashing Pumpkins. But with all due respect to those artists, it's hard to imagine worldwide audiences clamouring for a comeback tour (Lilith Fair 2010 notwithstanding). Celine Dion is a music corporation unto herself and probably has the best chance of headlining in the future, even if it is in Las Vegas.

Acts that were huge in Canada, such as The Tragically Hip and Our Lady Peace, were all but unknown internationally. Even artists that had a genuine international presence -- Bryan Adams, Nickelback -- faced critical and popular backlashes, although Nickelback has gone on to be the second best-selling foreign act of the past decade in the U.S., behind only The Beatles. Considering their own paying fans boo them off the stage chances aren't good for a Cohen-esque victory lap.

From 2000 on, we've seen the rise of the indie band, in particular ensembles from Toronto and Montreal. Broken Social Scene, Wolf Parade, and the not strictly Canadian New Pornographers have garnered the kind of international critical acclaim not visited on Canadian artists since Neil Young. If you had posed to me in 2004 the question I asked at the beginning of this column, chances are I'd have answered Arcade Fire. Funeral was the kind of debut album music critics dream about -- a fully formed, unpretentious concept album with amazing songs from start to finish. Unfortunately, Arcade Fire is reading from The Stone Roses book of album releases: 2004, 2008, 20??.

I asked a friend this question and after some deliberation he said Neko Case, who is not Canadian, so clearly the question is a difficult one. Epic distances between albums aside, my vote is still with Arcade Fire over other possible, but less amenable choices like Feist or Stars. Funeral was released six years ago, so if it's been some time since you've listened to it (or if you haven't listened to it at all), start with the first track and work your way through.