Ten years have passed and, as is our way, we must compile lists to mark the occasion. Many, many lists. The music and literature blog Largehearted Boy currently lists several hundred Best of 2009 lists, more than enough to keep you downloading into the new year. Rather than adding another teacup to that ocean, here instead is a list of my favourite albums and songs from the decade and the past past year. (As a kind of antidote to all these lists, read the Onion AV Club's always essential Least Essential Albums list. 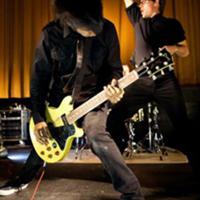 According to Metacritic, the top 3 albums of 2009 were Nirvana -- Live at Reading, Leonard Cohen -- Live in London, and Animal Collective -- Merriweather Post Pavilion. That two live albums were the best reviewed of the year does not speak well for the state of recorded music. Merriweather also managed to top Pitchfork's list, and landed on a host of other websites at or near the top, making it, as far as such a thing is possible, the consensus pick for 2009. I listened to it a few times when it came out and never listened to it again.

For a long time I thought Case was Canadian. While she did live in Vancouver and plays with the largely Canadian New Pornographers, she actually hails from Virginia, which might explain her predilection for country twang. Middle Cyclone debuted at No. 3 in the States, making it her highest charting record, but she'd been heading towards this landmark album since 2006 brought us Fox Confessor Brings the Flood. In an interview on the radio show Sound Opinions, Case said, "When I think about myself and then I think about love at the same time, maybe I look like a grubby teenage boy waiting for the bus."

How much did I enjoy this album? I bought it when it came out and actually played it in my CD player (remember those?), meaning I didn't need to shuffle in a million different songs to keep me interested. Middle Cyclone is definitely an album in the sense that you want to, and should, listen to it from the beginning to the end. "This Tornado Loves You" describes the chaos of being in love by anthropomorphizing a tornado tearing across the country:

My love, I am the speed of sound
I left them motherless, fatherless
Their souls dangling inside-out from their mouths
But it's never enough
I want you


Carve your name across three counties
And ground it in with bloody hides
Their broken necks will lie in the ditch
'Til you stop it, stop it
Stop this madness
I want you

Case could be set to enjoy even more attention as she vies for a Grammy in January.

The story of Japandroids goes like this -- two young men meet at university in Victoria, decide to put together a band, release several locally well-received EPs, play show after show without seeing much in the way of a return, decide for one last hurrah in Montreal and New York, are discovered in Montreal and signed, and release album to huge critical acclaim. It's hard not to think that if Japandroids had simply started in Montreal, they would never have considered calling it quits. It's a little worrying that one of the most exciting Vancouver bands of this decade almost didn't continue making music just because they happened to be in Vancouver.

With neither member wanting to take on singing duties, the pair settled on a style where they shout back and forth at each other. The result is a sound like the world's greatest pep rally. Brian King slashes wildly on his guitar, David Prowse hammers along on the drums, and they sound about 10 times louder than their two instruments would otherwise indicate. Most of all, this album makes me feel good -- good about life, about noise, about dancing, about local music. What could be better than that?

The best pop album of the year would, logically, give us the best pop song. But as much as I wanted to like Wolfgang Amadeus Phoenix in its entirety, I really only enjoyed the first two songs -- the first two glorious, catchy-as-hell, dance-under-any-conditions songs. An ode to the cult of celebrity surrounding classical composer Franz Liszt, "Lisztomania" demonstrates that a great pop song can be crafted out of any subject matter.

Runners Up: Neko Case -- "This Tornado Loves You," Bon Iver -- "Skinny Love," Dirty Projectors and David Byrne -- "Knotty Pine," Camera Obscura -- "French Navy," Ida Maria -- "I Like You So Much Better When You're Naked."

The Decade That Was the Aughties

There was a while when it seemed that TV on the Radio would only ever be a New York thing, an art rock band more art than rock. Then they released Cookie Mountain and it seemed all bets were off -- we didn't even know we wanted doo-wop prog rock until we heard it tumbling out of our speakers. A spot on Saturday Night Live and a few Album of the Year awards later, and TV on the Radio was a bonafide sensation.

Cookie Mountain is a journey, from the opening clang of "I Was a Lover," on through the heartbreaking instant classic "Province," the speed and thrash of "Wolf Like Me," and the noise and fury of "Wash the Day Away." It carries the same sense of its time as Radiohead's OK Computer, while also pointing to a possible future for rock music. With guitarist/vocalist Kyp Malone working solo, singer Tunde Adibempe trying his hand at acting, and producer Dave Sitek collaborating with Scarlett Johannson, it's possible we may never see another TV on the Radio album. That would be a shame, but at least they left us with the album of the decade.

Best Song of the Decade

Stranded on a desert island with only one song from the past 10 years to keep me company, this would be my choice. More specifically, I'd want the acoustic version, but since beggars can't be choosers I'd settle for the album cut -- a song built around a churning chord progression, descriptions of love as "falcons tumbling from the heights at play," and the declaration that love is, ultimately, an act of bravery:

Hold these hearts courageously
as we walk into this dark place
Stand, steadfast beside me and see
that love is the province of the brave.

Thanks for reading and have a happy holidays.