In a former life I attended four Lilith Fairs. Now, I know what you're thinking, but all four had extenuating circumstances. I went to the first one, which was not a genuine Lilith Fair but only a concert called... 'Lilith Fair,' because I was at the time something of a Sarah McLachlan fan (hey, where are you going?) The next three I had tickets given to me by friends. I realize I could have turned them down, but... uhm... right. 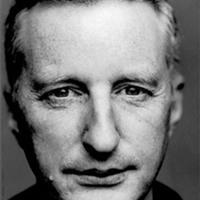 Lilith was McLachlan's response to radio's unwillingness to play two female artists during any given hour, but considering it resulted in Paula Cole and a thousand Tori Amos wannabes, maybe it wasn't such a great thing. It was as if the only female voice yearning to be heard was the coffeehouse singer-songwriter. Whatever happened to women who rock?

I remember when Avril Lavigne was being touted in that vein. To see her now, shilling for Canon, you really have to wonder where all that promise went (I'm not saying Lavigne was going to be the next Chrissie Hynde, but I really didn't think she'd turn out so bland). Courtney Love released one pretty good album and then fell victim to her own celebrity. Liz Phair, Kim Gordon, Kim Deal and Tanya Donelly all definitely rocked, but that seems like eons ago. Karen O might be the most recognizable frontwoman for a rock band, but she's busy doing dance albums and movie soundtracks.

You'll hopefully have your own opinions, but here are three women I think are rocking right now.

Ida Maria -- "I Like You So Much Better When You're Naked"

Not many songs use their title as the chorus, but when that title is so honest and so fun to sing, why not? Hailing from Norway, a country previously famous for producing a-ha, Ida Maria comes across as someone utterly fascinated with the power of the guitar. Watch her hop around in this live version of her song, "Louie."

Florence and the Machine -- "Dog Days Are Over"

Ironically, a few of Florence's songs sound like "Into the Fire"-era McLachlan. This one definitely doesn't. Starting with a gently strummed ukulele it eventually cascades into an avalanche of drums, and when Florence lets her voice out of its box you get a glimpse of how powerful the rest of the album could have been. As it is, we get one great song.

By no stretch of the imagination is Charlotte Gainsbourg a rock singer, but with Beck at the helm, she has recorded a rock song. And while she doesn't have the pipes to really carry a rock tune, her casual, throwaway delivery has all the right attitude. And sometimes that's enough.

Ida Maria's Fortress Round My Heart and Florence and the Machine's Lungs are out now. Gainsbourg's IRM is out next year.