When it was announced that Spike Jonze was directing a film version of Maurice Sendak's children's classic, Where the Wild Things Are, the world responded with a resounding "Huh?" This was, as the entire Internet has been reminding us lately, a book of only 48 pages and 338 words. Since I haven't seen the movie I can't say if he's been successful in adapting the story, although critics seem to think so. 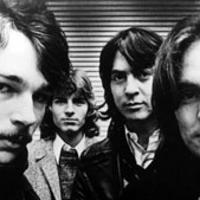 What I can say is that the soundtrack Jonze commissioned from Yeah Yeah Yeahs' frontwoman Karen O indelibly evokes how I feel when I look at Sendak's drawings. And, like the book, the music draws you back to an age when you might have led a wild rumpus, more than likely after being sent to your room without dinner.

You would think that, as an established musician, O would have brought a healthy amount of her band's sound to the mix. And while there are certainly similarities, the songs on Where the Wild Things Are are more reminiscent of the movie trailer's songsmiths, Arcade Fire. There are the same churning guitars, the straight-to-mic feel, as if all the musicians are just gathered in a room playing when they feel inspired to. The resulting songs don't develop so much as they roll out, amid handclaps and shouting children, progressing towards some unknown horizon before simply fading out. And since this is a soundtrack, meant to accompany visuals, there are large stretches of lyric-free music, filled with howling, smashed tambourines, and always the sounds of kids -- laughing, screeching, playing.

This is undoubtedly the result of including, according to reports, 10 collaborators and an untrained children's choir, the result of which is in ample evidence on first single "All is Love". A simple guitar line leads into rapid strumming until a young voice shouts "One two ready go!" and everyone else kicks in, announcing like the recently converted that "all is love." Other standouts include a cover of Daniel Johnston's "Worried Shoes", the inclusion of which should indicate to you that this is not your typical children's movie, and the full-of-heartbreak "Hideaway".

Sendak himself has pretty much denounced the idea of made-for-children media. When asked in a recent interview what he would tell parents who thought the movie was too scary, Sendak replied, "I would tell them to go to hell. That's a question I will not tolerate... If they can't handle it, go home. Or wet your pants. Do whatever you like. But it's not a question that can be answered."

The soundtrack, while not frightening at all, has exactly the same spirit.