The Pains of Being Pure at Heart is the ultimate band for music nerds. The Brooklyn four-piece has never shied away from sounding derivative, so listening to the group's music often turns into a game of spot-the-influence. The band's dreamy, fuzzed-out style has often been compared to cult classics like the Jesus and Mary Chain and Belle & Sebastian, as well as an array of acts too obscure to even qualify as "cult" -- Rocketship, Black Tambourine, and the Pastels have come up, for instance. For fans, this provides the perfect opportunity to exercise their musical knowledge, with each new blog post written about the band competing for deeper and more esoteric comparisons. 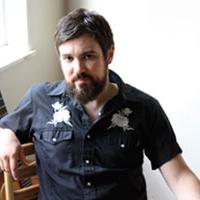 The Truth About American Beer!

Of course, the biggest music nerds are probably the band members themselves. After all, they initially came together because they thought it would be cool to open for one of their favourite acts, the little-known noise rock quartet the Manhattan Love Suicides. I interviewed Pains singer Kip Berman earlier this year, and our conversation ranged from Thomas Ring to Braid, as well as his theory that Sarge is essentially a hardcore version of Velocity Girl. I had no idea what the hell he was talking about half of the time, but the lesson was clear: no one knows more about underground music than the Pains of Being Pure at Heart.

But music nerd-ism aside, what makes the band so good is its knack for writing gorgeous, crystalline pop songs. The group's self-titled debut was released earlier this year, and each of the ten songs is sweetly nostalgic and gorgeously melodic. Even the layers of fuzzy reverbitude can't obscure glittering pop gems like "Come Saturday" or "This Love Is Fucking Right!", the latter featuring the quasi-incestuous refrain, "You're my sister / And this love is fucking right". While the album hasn't produced any major hits (although "Young Adult Friction" has become ubiquitous in the blogosphere), the young group has already achieved a level of renown that outstrips most of its influences.

The Pains of Being Pure At Heart - "Young Adult Friction"

Now, just seven months after the album dropped, the band is poised to follow it up with a new EP, Higher Than the Stars. It's not a huge departure from the LP, but the title track is the most unabashedly gorgeous song that the group has ever released. Rather than disguising its prettiness with murky distortion, the guitars are pure jangle, while the spaced-out keyboards and love-lorn lyrics recall Robert Smith at his most pop-friendly (think "Just Like Heaven"). Twenty-five years ago, it could have easily been the theme to a John Hughes movie, and would sit comfortably alongside "(Don't You) Forget About Me" and "If You Leave" on best-of-the-'80s compilations.

As for the EP's other songs, they're hardly less heart-wrenching. The white hot fuzz of "103" recalls the group's earlier single "Come Saturday," while "Falling Over" is a dreamy mix of acoustic strumming and Morrissey-indebted crooning. Even better is "Twins", its tale of failed romance summed up by the gloomy refrain "everything that's good is gone." For music nerds, it's another chance to flex their knowledge. For everyone else, it's pop music at its best -- gritty, hummable and poignant, equally perfect for parties and late night headphone listening.