Six takeaways from a cynical election.

He and the Liberal strategists decided to call an election, despite a law that said the next vote should be in 2023, because they thought it served the party’s interests.

Trudeau claimed the Liberals needed a clear mandate as Canada moves into the next stages of the pandemic. But the results delivered nothing like a clear mandate. After weeks of campaigning and an election that cost Canadians more than $600 million, Parliament looks eerily unchanged. No party gained or lost more than two seats. The Conservatives once again won the popular vote with 34-per-cent support, the Liberals trailing with 32 per cent.

Nothing the four main parties did or said changed voters’ minds.

The party’s noisy internal fights over Canada’s policies on Israel and Palestine and Annamie Paul’s leadership drove voters away and ended its claim to be a national political party or serious alternative to the traditional parties.

The Greens went from three seats to two, but, more significantly, from 6.5-per-cent to 2.3-per-cent support. That’s fringe party territory, barely more than the People’s Party captured in 2019. (All the numbers in this piece may change slightly as mail-in ballots are counted today.)

It’s hard to see a path back to credibility, at least in the near term, for the Greens. Paul, who finished a distant fourth in her own race in Toronto Centre, will be out as leader. But the party’s inability to put the public interest ahead of its own factional squabbling is a far bigger problem.

Third, the rise of the extreme right is worrying.

The People’s Party of Canada rose steadily in the polls throughout the campaign, attracting anti-vaxx, anti-science, anti-government voters. Ultimately it captured about five per cent of the vote, three times its support two years ago. Almost one million Canadians supported Maxime Bernier’s party, twice as many those who voted Green.

Is it fair to call the People’s Party the extreme right? Probably not based on its policies, which in many ways are not much dissimilar to those of the Harper Conservatives. But the party’s supporters (and some candidates) in this election were increasingly extremist, promoting violence against Trudeau and others it dislikes, and rejecting the rule of law.

The results can only embolden what could become a corrosive force in Canadian political life.

Fourth, Erin O’Toole’s big experiment in moving to the middle didn’t pay off.

The Conservative leader tried to reach moderate voters this election, acknowledging climate change is real, downplaying the party’s past social conservatism and pledging support for workers.

It didn’t work. The party still captured the most support, with 34 per cent. But that’s unchanged from 2019, when the results led the party to dump Andrew Scheer.

O’Toole might stick around. But the failure of his approach — and the rise of the People’s Party — are likely to encourage supporters to push for a shift to the right, especially on issues that appeal to social conservatives.

The high-profile New Democrat ran in the largely affluent West Vancouver-Sunshine Coast-Sea to Sky Country, where the NDP candidate came in fourth in 2019 with 14 per cent of the vote.

Lewis did better, jumping to 26 per cent, largely by attracting the support of former Green voters. But he still finished third. 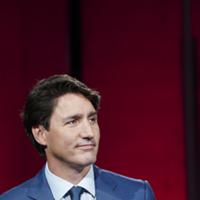 Lewis said he chose the riding because he owns a home there, although he has rarely lived in it. But he was a potential star candidate for the New Democrats and, as a champion of a Green New Deal, one with the potential ability to attract new voters. Which leaves questions about why the party did not push harder to land him in a competitive riding. One answer may be that the New Democrats simply aren’t ready for the kinds of policies Lewis has backed.

Sixth, the result is likely in Canadians’ best interests.

We have another minority government, denying the Prime Minister’s Office the absolute unchecked power that comes with a majority. There are at least some safeguards against the abuses of power we’ve seen from past Liberal and Conservative governments. Parties will, to some extent, have to work together.

At least until Trudeau and Liberal strategists sniff another opportunity.