This Wednesday, Vancouver council will deliberate on a member motion that might go a long way towards solving the city’s horrible housing crisis. For reasons I’ll explain, it is vulnerable to criticisms. Still, I’m glad to see it tried, as it represents a significantly new approach.

The motion, offered by Coun. Christine Boyle, is titled “B2. Council Member Motion. Reducing Barriers and Deepening Affordability for Non-Profit, Co-op and Social Housing in Every Neighbourhood.”

Behind all those syllables lies a big idea. One that could generate thousands of permanently affordable housing units, perpetually withdrawn from the ravages of our real estate markets. Enough, in time, to make sure this city has enough affordable housing for everyone who needs it.

And just to underscore what’s clear: It’s only those making median wages or below who need below-market housing. Above that wage level, Vancouver housing is pricey but affordable. Below that level, it’s not.

One district under consideration lies between Main Street to Clark Drive and Broadway to Great Northern Way, shown below.

Another district under consideration lies between Clark Drive to Commercial Drive and Broadway and Hastings Street, shown below.

The third area, shown in the photo at the top of this piece, lies between Fourth Avenue to Cornwall Avenue and Burrard Street to Laurel Street.

These areas together already contain scores of non-market developments (co-ops and non-profit rentals). Together they contain a large share of the city’s non-market housing (15 per cent of all housing in the city is currently non-market).

These districts, as you can see, are dominated by apartment-style buildings.

The motion suggests that the city explore the option of only offering new density (above what is now allowed “by right”) in these areas to non-profit operators.

Why does this matter?

Because if the city simply increases allowable density for everyone (both non-profit and for-profit developers) in the hopes that this will somehow lead to more affordable housing, it will just inflate land values so high that non-market housing providers will not be able to compete for parcels at prices they can afford. That is because they will only be able to generate “lower than market” rent streams. So the market will makes sure non-market housing doesn’t get built.

Boyle’s motion, by providing “density bonuses” only to non-profits, is a way of streaming land value increases that would otherwise go into the pockets of speculators, into social benefit. This strategy has a name and is used in other locations. It’s called “benefit zoning.”

Benefit zoning is named that because the benefits of public action go to social purpose rather than to private market gain for land speculators.

The big idea of benefit zoning, which is being introduced here, is that by removing land-price inflating for-profit competitors from some playing fields, when the city grants density increases to non-profits in those areas, they are able to acquire land at affordable prices. Then the non-profits could possibly scale up housing production far above the miniscule numbers now in the pipeline.

If it all works out, we have a chance to gradually increase the percentage of non-market housing units in the city far above our current 15 per cent to, say, 30 per cent and above in a reasonable amount of time.

This would house wage-earning groups currently forced out of the city. And over time, this would extract a more significant percentage of city land from the ravages of the global market. This last point is key. The global appetite for our urban land is insatiable. That hunger is pricing our young wage-earning families out of the city entirely. Our only hope of surviving as a city worth the name is through locally-imposed development controls such as this “benefit zoning” proposal.

But alas, as my Irish dad used to say, “There be many a slip ‘tween cup and the lip.” In this case that rings true. Some urban planning colleagues who share my desire to see Vancouver become more affordable are nevertheless aghast at this proposal and even more disappointed at my support.

“An increase to 12 storeys is an outrage and will do nothing to solve the problem while further inflating land price!” they say. 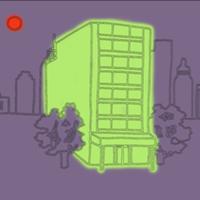 What If New Density Had to Be All Affordable? This City Did It

They have a point. The motion as written states that buildings might be “up to 12 storeys.” So it’s not for sure it will be 12, but that is how it’s being perceived. I will admit that 12 storeys is not my favourite height. And 12 storeys would likely not be needed to make the numbers work in all locations. Six-storey buildings are easier to fit into these areas and can be made of wood, not climate-killing concrete. And as written citizens are rightfully assuming, the proposal calls for “up to” 12 storeys citywide. It doesn’t. Sigh. I wish Boyle had left that number out and waited for a more fulsome economic analysis to arrive from staff.

“It’s yet another out-of-order decision that should rightfully be part of the City Wide Plan!” colleagues also say.

Alas I agree in principle. But I have lost confidence in the City Wide Plan process, and hope that council might pick up the dangling reins of the housing affordability issue before it's too late. To be fair, Coun. Boyle, in her resolution, calls for further consideration of this strategy in the context of the City Wide Plan. But as the last line in the document it seems an afterthought.

More from my skeptical colleagues: “They say it’s affordable; but as you well know that’s a sham! Seventy per cent will be unaffordable market rate units, because our definition of social housing is a lie!” 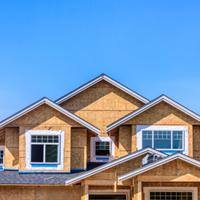 In Vancouver, It’s Harder to Build Social Housing than Mansions. Let’s Change That

Sigh. Right again. Our definition of social housing, rooted in the policies of the province, does not give clarity on what income ranges should be supported in non-market housing. It’s true that the real housing need is only among those making less than median wages. Those making more don’t really need our help. Unless the city clearly defines who will benefit, citizens are right to be skeptical. Unless the city can clearly define what is meant by “social housing,” it’s understandable if this motion fails.

Still, in the end, I consider the arrival of this arcane zoning issue on the floor of council to be a hopeful moment. Clearly, just “build, build, build” is not solving our affordability crisis. It’s time to try something new. And if not in Vancouver, then where? Our gap between average wages and housing cost is the highest in the world beyond Hong Kong.

If Vancouverites refuse to be the vanguard of a new more socially-committed housing development strategy who will? Who will care more than us?