Meet Wayne Rideout, the ex-Mountie who now has more power over the Vancouver Police Department budget and priorities than city council or the police board.

As B.C.’s director of police services, Rideout gets the ultimate say on the Vancouver police budget — another bizarre example of the broken system of police governance and oversight in this province.

In December, Vancouver city council passed a budget that froze police spending for the next fiscal year at $340 million — about $350 per household and 21 per cent of city spending. But the police board wants a $5.7-million increase — 1.7 per cent.

The province’s Police Act says non-elected police boards don’t have to accept budget decisions by city councils. They can appeal them to the provincial director of police services, a bureaucrat who rules on what projects taxpayers must fund and how many new officers the department can hire.

And that’s exactly what’s happened earlier this month, when the Vancouver Police Board decided it would ask the director to overturn the Vancouver council decision.

So Rideout, not Vancouver’s council or anyone actually responsible to citizens, will set the budget and decide how many police officers will be hired, what work they’ll do and how much taxpayers will have to spend.

The reality is that while politicians and citizens have been calling for change in how police are funded and what they do, any real reform is pretty much impossible under the current model.

The police board, with no accountability to voters or the community, hires the chief and decides how much money the police department should get and sets priorities.

Police boards can consider councils’ goals, such as curbing costs in a pandemic and responding to community demands to stop using officers to deal with mental health, addiction and other social issues.

But the appointed boards make the decisions. Councils are expected to go along, and usually do.

After Vancouver city council passed a budget freezing police spending, the board appealed. Which means Rideout will decide whether the police department gets the increase (and taxpayers foot the bill).

Rideout has only been the director of police services for a few months, moved into the post after Brenda Butterworth-Carr announced she was quitting “to focus on personal matters and spend time with my family.” (Days later, CTV’s Jon Woodward reported that Butterworth-Carr was “among the subjects of a criminal investigation into obstruction of justice.” Investigators are looking at the actions of senior RCMP officers after the killing of Robert Dziekanski at Vancouver’s airport in 2007, when Butterworth-Carr was second in command for the RCMP in B.C.)

Like Butterworth-Carr, Rideout’s career has been in law enforcement, mostly with the RCMP. His name will be familiar to some, given his role in investigating gang killings and other major crimes. He too played a leading role in the investigation of Dziekanski’s death, including making the decision to not correct misinformation released in the first days after the killing that minimized the RCMP officers’ role.

He also played a role in the RCMP’s botched terror investigation of John Nuttall and Amanda Korody, who were released after three years in jail when the B.C. Supreme Court found the RCMP “manufactured the crime.”

Rideout is undoubtedly knowledgeable about policing. But he doesn’t have experience working in municipal government, or social policy or alternate ways of preventing or responding to crime — all potentially useful. And as a former RCMP officer, he brings a perspective shaped by years of seeing more money for police as a way to curb crime.

And, again, he isn’t accountable to anyone in Vancouver, neither politicians nor citizens.

The goal of this bizarre structure is to keep elected representatives at arm’s length from policing decisions for fear they will abuse the power — directing police to arrest opponents, for example.

Alberta gives the power to appoint police board members to city councils, not the provincial government. And its police commissions send policing plans and budget information to councils, where the elected representatives make the decisions. “The council is responsible for establishing the total budget for the purposes of the police service, and the commission is responsible for allocating the funds provided for under the budget recommendations to council,” the province’s Police Act says. 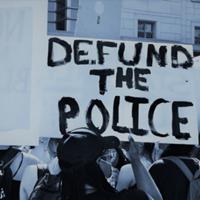 Defund Police? Dismantle Them? What Then?

Ontario also makes sure police boards are somewhat accountable to the community. For larger municipalities, the boards have seven members — the mayor and two councillors, a person the council appoints, and three members appointed by the provincial government. Contrast that with B.C. where provincial appointees dominate.

And disputes between police commissions and councils go to the Ontario Civilian Police Commission. It’s an independent tribunal, with commissioners, often lawyers or former police, who hold formal hearings and issue a judgement if a dispute arises. It’s far from perfect, but better than B.C.’s approach.

There’s a chance to fix B.C.’s broken system. In December, the government created an all-party committee of MLAs to review the Police Act and come up with recommendations. 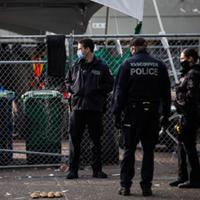 It’s supposed to look at “the role of police with respect to complex social issues including mental health and wellness, addictions and harm reduction; the scope of systemic racism within B.C.’s police agencies;” and implementing the United Nations Declaration on the Rights of Indigenous Peoples.

But there is no way to ensure those issues will be addressed or real changes made when decisions on municipal policing are ultimately made by an ex-Mountie working for the provincial government.

The public, politicians and interest groups do have a chance to be heard. The committee is accepting submissions on changes to the act until April 30.

But until the Police Act is overhauled to give voters a real voice in police operations and funding, none of that is going to happen in B.C.