As a woman in politics, I’m choosing International Women’s Day to start a challenging conversation about how political structures in Canada are reinforcing rather than dismantling the power and gender hierarchies that exist in our society.

Let’s start by recognizing the significant progress that has been made regarding gender representation in politics. The last federal election, paired with the byelection in October, set a record by having 100 women representing Canadians in the House of Commons for the first time in history. Representation of women has also increased in local governments across the country.

Despite progress, the power structures that exist continue to create barriers for women to advance in government.

I recognize that as an elected official I’m in a position of power. Yet during my seven years as a city councillor in the City of Coquitlam, I have felt at times unheard and marginalized as a woman, and I have heard from other elected women that they have felt the same.

Someone experiences marginalization when their viewpoints and contributions are diminished. For women at work, this could mean that they are unfairly expected to assume certain responsibilities based on stereotypes about their identity or denied opportunities to advance. Bullying and making sexist remarks to women in the workplace also lead to marginalization.

One recent public example is Premier Doug Ford telling NDP Leader Andrea Horwath that her criticisms of his government’s handling of COVID-19 are like “nails on a chalkboard.” This misogynistic language is discriminatory and unnecessary. Catherine McKenna, when serving as federal minister of environment and climate change, also experienced discrimination with a member of the public calling her a “climate Barbie.”

It’s important to recognize that these types of discriminatory microaggressions have long-term consequences for women in politics. Women already have fewer opportunities here in Canada than men. Men continue to hold over 90 per cent of senior corporate jobs and make up 80 per cent of mayors across the country.

International Women’s Day is about accelerating gender parity. That’s why I’m choosing today to spotlight one of the structures that enables the unjust power hierarchy in government, even when there are policies in place designed to create inclusive cultures and prevent gender discrimination.

On the local government level, one fundamental element stands out to me as enabling gender disparity — and that’s the nature of “closed meetings.” Closed meetings are common in politics to enable those in power to have private discussions that are not accessible to the public.

However, the structure of these closed sessions means they can become rife with gender-based marginalization. What is spoken in closed meetings must stay confidential. As an elected official, I legally can’t tell you what experiences I’ve had in closed meetings, but I can say that I have felt discriminated against in these sessions as a result of my gender.

Recognizing and addressing this issue is only the start of dismantling the power structures in politics. In the spirit of International Women’s Day, it’s important to present solutions with an end goal of achieving gender parity in politics. 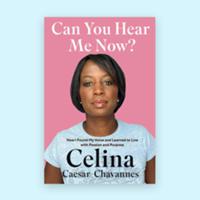 ‘They Weren’t Woke Yet’: Celina Caesar-Chavannes Is Speaking Up and Speaking Out

Today, I’m calling in all those that are in a position to make a meaningful difference to balance the disparities in the hallways of power. I’m speaking directly to those in leadership positions; I’m speaking to those in politics, and those in corporate and social entities; and most importantly, I’m speaking to male allies who experience greater privilege because of their gender.

Each of you have the ability to create more inclusive environments for all genders. Now is the time to re-examine the words you use and the effectiveness of the policies in your workplaces. Ask who wrote these policies and who they ultimately serve. Include and amplify voices from across the gender spectrum in this work. Listen to these voices and ask: how can we improve to make workplaces and governments more inclusive?

To open the doors to the hallways of power for women, systems and policies need to change, and so does the ingrained, gendered language we use day-to-day.

This is essential if we are going to set the stage for gender parity and balance the power in politics for the next generation of women in Canadian governments.