It seems to have taken a mob of insurrectionists breaching the United States Capitol Buildings for Canadian Conservative Leader Erin O’Toole to declare that his party is “no place for the far right,” after years in which it played to that crowd. But, if O’Toole really wants to ensure the Tories aren’t a home for such extremism, he also needs to speak out against the misinformation and disinformation that have become articles of faith for too many Conservative voters.

O’Toole made that statement over the weekend after a Liberal fundraising email accused him of “continuing a worrisome pattern of divisive politics and catering to the extreme right.” That pattern hasn’t just included Conservative deputy leader Candice Bergen wearing a “Make America Great Again” hat and O’Toole’s leadership campaign slogan, “Take Back Canada,” which appeared to echo the divisiveness and callousness of Trumpism.

Most recently, that’s included Conservative MPs: questioning whether the chief public health officer, a Chinese Canadian, works for China; linking Canada’s finance minister with billionaire philanthropist George Soros, who is the subject of anti-Semitic conspiracy theories; and wondering whether Canada could reopen if most pandemic deaths are in care homes.

But, even more troublingly, polling shows those who voted Conservative in the last election are more prone to support beliefs championed by far right extremists than those who cast ballots for any other major national political party.

For example, 21 per cent disagree with requiring customers or visitors entering an indoor premise to wear a mask or face covering while inside, even though science says those masks can save lives during the pandemic.

Similarly, 52 per cent believe global warming is either mostly caused by natural changes or is just a theory, even though there’s only a one-in-a-million chance scientists are wrong that phenomenon is caused by human activities.

And 41 per cent believe there’s too much immigration to Canada, even though the country’s low fertility rate and aging population means it will likely need more newcomers not less.

What unites these and other similar beliefs is a denial of evidence in favour of what often amounts to prejudice, ignorance and, increasingly, conspiracy. Indeed, denialism is at risk of becoming the defining feature of the modern conservative movement, in the same way government deregulation and downsizing once defined it, as a result of Thatcherism and Reaganomics.

O’Toole should be alarmed about the embrace of misinformation and disinformation by his voters, which have been spread by the conservative media outlets both inside and outside Canada. That’s because democracy is based on the notion citizens will use the truth to make rational and empathetic decisions. But, if the facts no longer have force and can’t convince someone to change their beliefs, our politics cease to be a debate and instead become a fight. After that, it’s only a matter of time before the rules of democracy are sundered, as has already happened in the United States and in other countries around the world. 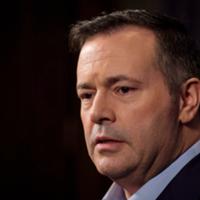 ‘Footsy with Freaks’: How Kenney Makes Room for Bigots in His Party

O’Toole has an opportunity to stop that in Canada.

If the Conservatives are to become the “moderate, pragmatic, mainstream” party their leader claims they are, he must confront the denialism far right extremism is founded on. In doing so, he has an opportunity to ensure the Canadian conservative movement will fortify rather than undermine our democracy, providing a model for the reasonable right both in Canada and around the world.

As Sen. Mitt Romney said last week, in confronting the misinformation and disinformation about the American election results, “the best way we can show respect for the voters” is by “telling them the truth.” O’Toole should do so directly, repeatedly, and publicly with his own supporters and colleagues before yet another crisis — this one, perhaps, closer to home — forces him to do so.