Unsurprisingly, a week after this on-air charm offensive, Whitmer launched a legal action to permanently mothball the pipeline.

This myopic focus on either fossil fuels or fighting (usually both) has become emblematic of Kenney’s career, and leaves Alberta rudderless at a time when a pandemic is ravaging the health-care system to the point that some hospitals are being forced to ration medical oxygen.

It wasn’t long ago that calls for new pipelines reached a piercing pitch in Alberta. In 2018, Prime Minister Justin Trudeau committed $12 billion in public money to the TMX pipeline and expansion. The cost is now pegged at $17 billion.

Kenney bet another $7.5 billion on the Keystone XL pipeline to the U.S. because he didn’t trust Trudeau. Alberta’s Wexiteers were front-page news, apparently believing that the best way to get pipelines built across other provinces was to become a separate country.

What a difference a year makes. A new report from the Canada Energy Regulator now projects that new pipeline capacity will exceed production by two million barrels per day. Another study concluded that the completion of the multibillion-dollar Trans Mountain expansion project will closely coincide with its obsolescence. Meanwhile some investors believe the bankruptcy of pipeline giant Enbridge, crushed by unserviceable debt and a collapsing business case, may be only a matter of time.

It is almost as if Kenney and his United Conservative Party only see their citizens in service of the oil sector.

Flirting with separatism is fair game if it undermines federal carbon pricing. Whipping public opinion into a frenzy around pipelines is a priority even as shifting global energy markets and, well, facts say that makes no sense.

And the dumbing down of discourse demanded by these tactics means the province has an information deficit at the very time that people need to be united by common cause and scientific truth.

Cynical investments in misinformation are sadly coming home to roost. After weeks of silence and ballooning COVID-19 cases, Kenney recently admitted the reason he won’t implement a mask mandate is for fear of alienating his anti-government political base. Polls show Albertans are twice as likely to be “cynical spreaders” of COVID-19 as people a few provinces away in Ontario. Cynical spreaders, the Angus Reid Institute said, gather in large groups, don’t wear masks and reject the idea they should change their behaviour based on expert guidance.

Likewise, Conservative voters are twice as likely to avoid vaccination when one eventually becomes available. As evidenced across the border, politically inoculated ignorance during a pandemic is deadly.

Kenney’s approach to governing has been based on relentless conflict and confrontation to rile up its political base.

The government decided a pandemic was a good time to lay off 11,000 hospital support staff, and to tear up the compensation agreement with provincial doctors. Beleaguered nurses were accused by the UCP of padding their expenses. Now Kenney is accusing the South Asian community of being superspreaders, when over 80 per cent of recent Alberta cases are of unknown origin.

If the premier wants to confront a cohort dangerous to public health, how about the hundreds of anti-mask protesters over the weekend who thumbed their nose at provincial restrictions on gatherings of more than 10 people? Police apparently allowed the marches to proceed unimpeded and no tickets were issued. Likewise, there was no admonishment from a premier so well versed at dishing out public blame.

The reason for this special treatment is obvious. The bread and butter of the UCP is angry crowds, whether chanting “lock her up” or calling for Prime Minister Justin Trudeau to be tried for treason, or demanding billions in public money for now-unneeded pipelines. The ill-informed anger fostered by the UCP for political gain now undermines the ability to end the pandemic.

And for what? Given his plummeting popularity, Kenney’s inflammatory strategy is just burning his own credibility. 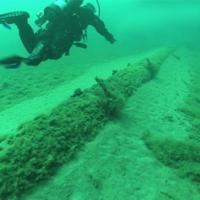 Jason Kenney’s Other Pipeline War Is with Michigan

If Alberta is to navigate the pandemic, the province requires leadership that is the polar opposite to Kenney. Albertans need to be brought together in common cause, not divided by politics or vitriol. Sound science should take the lead, rather than political calculations from the premier’s office. Marginalized communities bearing the brunt of the pandemic should be assisted instead of targeted. Medical staff should be supported and celebrated rather than disparaged or fired.

Perhaps most challenging for the premier, he needs to confront ignorant elements within his own base — by tough enforcement if necessary — to ensure this deadly disease is taken seriously. Whether he is willing to risk the ire of the uninformed in order to save lives will define how he is remembered by history.

Alberta is far more than pipelines or the oil industry, especially at this critical moment. Can Kenney and his crew catch up?