In August 1974, Richard Nixon resigned the U.S. presidency. President Gerald Ford stepped to the podium and said, “My fellow Americans, our long national nightmare is over.”

That’s all people wanted Tuesday night — an end to the nightmare. Just some sweet, blessed relief. Sorry folks. By popular demand of over 66,800,000 Americans, the nightmare continues.

Tuesday’s theme was supposed to be America Redeemed. Instead the result was America WTF? At this point it looks like Joe Biden may still become the 46th President of the United States. That would be a tremendous and important outcome. But it’s too late for Election 2020 to be a feel-good story. That disease-ridden ship has sailed. Regardless of whether Donald Trump remains president, Trumpism is rampant in America.

In the early morning hours of Wednesday with the race nearly deadlocked, Trump was at it again, serving up more steaming hot platters of the hateful idiocy that is his brand, as durable and consistent as his beloved McDonald’s and KFC. Trump announced he’d be taking the election to the Supreme Court, before there is even a result to contest. Anyone who has watched Trump could decipher the message: The Supreme Court are my people. I put them there. They owe me. It’s payback time.

Here in Canada we were like hostages as election day dawned, helpless, tied up in the attic, listening to the noises downstairs in a desperate attempt to learn our fate. Comes the day after and so far, no release. The deadline has been extended.

It is all difficult to process. Four years of President It led to this? Four years of anti-immigrant bile resulted in increased support for Trump among Latinx populations? African-American voters staying home? Gains after a campaign that could hardly have left more death and mayhem in its wake if Air Force One had been spraying Napalm? People of every race, creed, and colour voting for a man who combines the morals of a screwdriver, the charm of a broken sidewalk, and the brains of a footstool? (Inanimate objects all — there is no animal or insect to which you can compare Trump without giving insult to the creature.)

An open white supremacist whose motive for running was at least in part to gain continued immunity from prosecution increased his vote totals by over three million from 2016. America may survive this election by the skin of its teeth, but it’s hard to avoid the conclusion that U.S. democracy is living on borrowed time. It only survives if people understand the principles of the republic and care to preserve them. Clearly half of America could not care less.

Consider what half the voters either ignored or endorsed in the final week alone: Trump blaming doctors for COVID-19 and saying they profit from the pandemic; Trump declaring the pandemic over even as it peaks again; Trump cheering motorized violence from his supporters; Trump speculating about Biden being shot; and so much more. The familiar stream of ignorance, brutality, hatred and buffoonery spewed out unchecked, and half of America lapped it up like a dog eating its own vomit.

Once again, we are left questioning the nature of reality. QAnon now has representatives in Congress. Perhaps you recall quaint old-school conspiracy theorist David Icke? He claimed the world is run by shape-shifting lizard people. Ridiculous, of course — we now know there would be no need to shape-shift. Going full lizard gets you Florida and the Sun Belt for sure. It seems tens of millions of Americans watch The Wizard of Oz and think the evil flying monkeys are the good guys. Sacha Baron Cohen is simply a documentary filmmaker. 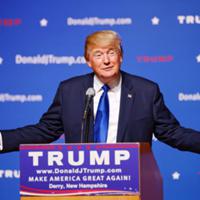 We have long heard that where Trump is concerned, nothing matters — the rules don’t apply. But that is a hard idea to hang onto. We are hardwired to believe actions have consequences. It seems we need to get over that. Totalling up Trump’s lies and misstatements over the past four years, reporter Daniel Dale has gone through more batteries than Elon Musk. Yet for every lie, every insult, every revelation of his corrupt, desiccated soul, there was an American voter who stood up and said, “That’s my president.”

Certainly, there is to be no reckoning for Sen. Mitch McConnell. Having made a mockery of Senate practice and made serious headway in turning the Supreme Court into a subsidiary of the Republican Party, Moscow Mitch will still smirk from his seat as Majority Leader. Lindsey Graham will squirm back into his Senate seat.

And what of the other flying monkeys — Attorney General Barr, Betsy DeVos, Rudy Giuliani and the rest? Will their day of reckoning come? Possibly. Possibly not. America doesn’t do feel-good endings anymore. Or any sort of ending, really. It just goes on and on and on.