Watching the global death toll from the pandemic go ever upwards is a frightening and sobering experience. Yet, interestingly, we’ve only just hit the typical numbers for the average seasonal flu. Each year, seasonal flu results in about three to five million cases of severe illness and about 290,000 to 650,000 deaths globally. That is exactly where we are now, on May 14, with the official COVID-19 stats: 4.4 million global cases and more than 300,000 deaths.

Arguably more important than the number of people who have been lost is how many people have been saved.

We will never really know what would have happened on a planet that took no action against this pandemic. But one early model estimated that 40 million people would die from COVID-19 in 2020 if absolutely no measures, like social distancing, were undertaken. For comparison, in 2017, 56 million people died globally from any and all causes, from accidents to disease to old age.

By the end of March, one study estimated that up to 120,000 deaths had been avoided in Europe alone thanks to measures like closing schools and social distancing. Globally, by now, perhaps it is millions.

The mental gymnastics needed to accommodate and compare such numbers can be intense. I am a science journalist who has a reasonable grasp on statistics, exponential growth, and some epidemiology. But I find myself grappling with whether the numbers are small or large, comforting or frightening. Preventing all death is impossible; taking no steps to prevent any death is unethical. Where are we, exactly, on that spectrum?

A contagious disease with exponential growth can get very bad very quickly. In Canada, the number of COVID-19 deaths doubled every three to five days or so in the early part of the pandemic, though by the end of April it had reached about two weeks (doubling times vary a lot from country to country, and they change over time). A week can make a huge difference.

And it’s the later weeks that look so much more frightening than the earlier ones. For example, imagine a massive sports stadium with just one person in it, and then imagine doubling the number of people every five days. For the first couple of months you have a manageable group of less than 5,000 people and things don’t seem so crowded. By the third month, the stadium is filled with 260,000 people. After 100 days, you have one million people; at 150 days, it’s one billion (the population of China is 1.4 billion). Part way through the sixth month you surpass the global population.

Hundreds of thousands of deaths are of course appalling, and for those personally affected by COVID-19, they are entirely unacceptable. Yet societies accommodate this level of preventable death all the time in their public policies. From car accidents to diseases that could be beaten back by exercise and better diets, societies weigh up the pros and cons of different rules and regulations to decide what is “acceptable.” How much personal freedom in what we do and how we eat are we willing to see restricted to save hundreds of thousands of lives?

Globally, 1.25 million people die on the road from fatal crashes annually, with speed as a major factor. As a broad rule of thumb, reducing speed limits by 10 per cent reduces fatal crashes by a whopping 40 per cent: decreasing speed limits just this little bit could in theory save 480,000 lives. Safety gets weighed against society’s desire to get quickly from one place to another, peoples’ comfort with speed, and the expediency of transporting goods, to arrive at some compromise of a “reasonable” speed limit.

Every year, a mismanaged sneeze from a flu sufferer in the grocery store could, in theory, prove fatal to someone else. Each person who goes to work with the sniffles could be putting lives at risk. Yet self-quarantine at home for those with the flu hasn’t become a social standard.

The annual campaign trying to persuade people to get vaccinated against the flu is for good reason: making sure a good chunk of the population is vaccinated can save hundreds of thousands of lives. In 2017/18, flu vaccines are thought to have prevented 91,000 hospitalizations in the United States.

The biggest killer, by far, is cardiovascular disease, which takes 18 million lives a year (nearly double the second-place contender of cancer at 9.6 million). The World Health Organization reckons that 500,000 people die from cardiovascular disease each year specifically because of trans-fats in their diets: the industrially-altered vegetable oils often used by fast food restaurants in their deep fryers (they were banned in Canada in 2018). If humanity banned cigarettes, and somehow forced everyone to drive slower, get a flu shot, exercise, and eat more vegetables, how many lives would we save?

And then there’s climate change, with untold millions at risk from rising sea levels, new disease burdens as illnesses like malaria spread to new areas, and food insecurity as lands dry up, and fish move to cooler waters. Climate change’s impact on food security alone could result in 500,000 deaths by 2050. More than 250,000 people could die each year from the broader impacts of climate change.

These are all sobering numbers. Yet, if the models are right, this is chump change compared with COVID-19. Measures like physical distancing may yet succeed in saving tens of millions of people this year alone from COVID-19. That’s astonishing. There are plenty of ways of losing or saving hundreds of thousands of people; but tens of millions is another ball game. Tens of millions implies that not “just” the sick and the elderly would succumb to COVID-19, but a slice of humanity across all demographics and vulnerabilities. It would represent a major hit to humanity’s population, economy, and social fabric. While it may be better for the planet (and humanity) if Earth had fewer people, a sudden shift like this is not a humane or ethical way to achieve that goal. 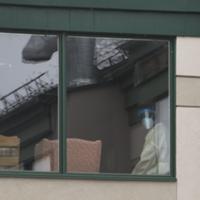 Of course, reality is complicated. Everyone has to die of something eventually, and a person saved from one fate will ultimately succumb to another. Some of the people who perish from COVID-19 might otherwise have died from something else within a few years. And, on the other hand, some people will die — from lack of medical treatment, for example — precisely because of the measures taken to save others from COVID-19.

For now, the only certainty around COVID-19 numbers is that they’re uncertain. Some argue that many more people are dying than have been accounted for. And it’s possible that the death count could climb much, much higher. That’s something well worth avoiding if we can.