Rural Alberta belongs to Premier Jason Kenney, or at least according to the results of the last election. His United Conservative Party won every single seat in communities smaller than Lethbridge when they swept to power last April. Kenney helped accomplish this by carefully crafting his public persona as a pickup-driving regular guy, battling the Ottawa elite on behalf of everyday Albertans.

But actions speak louder than words, and rural Albertans have good reason to question who exactly their pugnacious premier is really fighting for.

Last week Kenney told towns they may have to eat $173 million in unpaid taxes from oil and gas companies — an amount doubled since last year — because they can’t expect to get “money from a stone.”

What does it mean when the premier says companies who’ve made billions off Albertans’ resources have turned to stone?

Consider the ballooning problem of abandoned wells, which grows worse every year. Oil companies are washing their hands of formerly profitable drill sites and leaving landowners and municipalities holding the bag. Almost 100,000 orphaned or inactive oil and gas wells require reclamation at an estimated cost of $30 billion.

The “world-class” Alberta Energy Regulator — funded by the very industry they are tasked with overseeing — have secured less than one per cent of this amount. Instead of getting on with this important cleanup work, many of the companies responsible for the growing mess are now choosing not to pay their local taxes — with the apparent blessing of the premier.

Cash-strapped local governments are frustrated by the lack of legal mechanisms to go after delinquent oil and gas companies, most of which are still in business. Ponoka County Reeve Paul McLauchlin told the Canadian Press, “My personal opinion is that this is a tax revolt. [Oil and gas companies] are using this as a lever to decrease their assessment and change those costs.”

Not only has Kenney clearly telegraphed to companies that they need not pay their municipal taxes, his government appears to be signalling that even more assessment giveaways could be forthcoming for his favourite industry — on the backs of local governments.

Last year the Kenney government slashed property tax assessments for shallow gas producers by 35 per cent. The province offset local tax shortfalls in 2019, but this year Alberta’s small towns are expected to absorb the $20-million gift to the petroleum sector.

Unlike higher branches of government that can run rolling deficits, local governments in Alberta are required by law to balance the books, no matter what budgetary indignities are imposed by the province.

And the cuts keep coming. The UCP recently announced its plan to increase spending on rural policing by $286 million. “This is the single-largest overall investment in rural policing since the March West,” crowed Justice Minister Schweitzer during a dairy farm photo-op. That might seem like good news except the province is providing no new money, instead counting on Ottawa to contribute $86 million with the remaining $200 million somehow coming from beleaguered municipal budgets.

Extracting blood from a stone is an apt description of the financial state of small towns in Alberta.

Some local mayors are now questioning the very viability of their municipalities. If local governments are forced to fold or be absorbed into larger regions, many elected voices of rural Alberta now raising the alarm on delinquent oil and gas companies will be silenced. Or perhaps that’s the point.

Besides driving local governments to the brink of bankruptcy, the Kenney government just floated another troubling trial balloon, this time about changing laws governing municipal elections.

Local elected leaders gathering for their annual summit this month voiced concerns that these changes would involve eliminating limits imposed by the former NDP government on union and corporate donations, or third party spending in local campaigns. For all the dire challenges facing local Alberta governments, at least until now they have been mostly free of the poisonous partisanship that Kenney and his compatriots seem to crave.

It is important to remember it is not just municipalities being screwed by the Kenney government and the oil and gas sector, but local landowners as well. Farmers and ranchers with pump jacks and pipelines on their properties are increasingly complaining that companies are failing to honour the terms of lease agreements.

Daryl Bennett of the Action Surface Rights Association, representing about 200 landowners in southern Alberta recently told City News, “I get calls every day from landowners saying, ‘Hey, I got a notice. They’re cutting the compensation.’ There’s thousands of landowners in this situation.”

With no apparent backup from their provincial government, the ASR is now encouraging its members to cut power to drill sites or close pipeline valves on their land until they are paid what they are owed. Bennett warned that farmers and ranchers are increasingly fed up. “There’s a huge rural backlash coming, and it does not appear that the government recognizes this.” 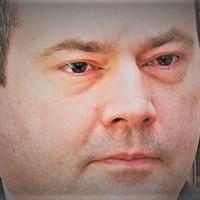 And even when abandoned well sites are remediated, landowners have good reason to doubt whether this work will be done properly. An internal government report accessed by the Narwhal found less than three per cent of sites issued a reclamation certificate by the AER ever had a field inspection. Many of these former installations showed long-term degradation — one farmer described his recently reclaimed well site, “the spot where nothing grows.”

As the problem of abandoned wells and unpaid debts mounts in rural Alberta, the premier indicated he will continue to keep fighting — for the oil and gas industry.

At a luncheon of drilling contractors last November, he vowed to do “everything” possible to mitigate effect of the Redwater decision from the Supreme Court of Canada, which requires defunct companies to clean up their environmental mess before paying off their investors.

Kenney and the UCP represent every single rural riding in the province. Yet in spite of all the photo-ops with Kenney in a cowboy hat or pickup truck, he seems to be fighting for his downtown friends in the oil industry much more than the people of small-town Alberta who gave him his job.