Representatives of the British Columbia, Alberta and federal governments are making the global rounds these days to sell the notion that liquefied natural gas exports can help the climate crisis.

Dave Nikolejsin, deputy minister of the B.C. Ministry of Energy, Mines and Petroleum Resources, for example, flew to Japan last September along with members of the Canadian Society for Unconventional Resources.

There they tried to impress upon the Japanese attendees “the role of Canadian LNG in meeting global climate policy objectives and reducing emissions of carbon dioxide.”

The pitch goes like this: According to LNG Canada, the big Shell project now under construction in northern B.C., could replace 20 to 40 coal-fired plants in countries like China and India with Canadian methane, and reduce their emissions by 60 to 90 million tonnes.

In fact, Darren Gee, president and CEO of Peyto Exploration, which fracks for gas in B.C., believes Canada has a “moral obligation to provide the rest of the world with the country’s clean, responsibly-developed energy to improve lives and preserve the environment.”

And so, while the blockaders of northern B.C.’s LNG Canada pipeline await police eviction while claiming to stand up for Indigenous sovereignty and climate protection, backers of the project lay claim to their own moral high ground.

Such claims are problematic, if not false. The best evidence to date reveals two quite inconvenient truths.

One, B.C.’s LNG is not cleaner than coal, due to leakage rates in our fracked shale fields of three per cent.

Two, there is no guarantee that China will use Canadian gas to actually displace coal power production, given that coal-fired plants already operate as efficiently as methane-fueled ones.

Let’s take those in order.

Respected energy analyst David Hughes turned up some odd numbers. Real proven reserves of methane in Canada total 71 trillion cubic feet and have been declining since 2015. But the Canada Energy Regulator has already granted licenses to export 90 tcf over a 40-year period, leaving Canadian gas consumers out of the picture.

According to Hughes, LNG exports will set “Canadians up for higher prices and potential supply shortfalls, given the propensity of industry to extract the most economic and lowest cost resources first.”

That has already happened in Australia, the world’s largest exporter of LNG at the moment. There, LNG exports supported by massive volumes of fracking have come with “staggering costs,” says the Institute for Energy Economics and Financial Analysis.

Prices for gas consumers in eastern Australia have tripled. In addition, many shale gas companies have recorded massive losses due to the high costs of fracking. Because LNG exports have raised methane prices domestically, local industries have reduced methane demand by 14 per cent since 2014. High prices have also collapsed demand for gas powered electricity. “Simply put, gas is not a transition fuel in Australia. It is too expensive,” concluded IEEFA.

The report ends with this kicker: “Australians however are not the beneficiaries of their own natural wealth. Australian consumers pay more for gas than Australia’s gas customers in Japan.” — Andrew Nikiforuk

And thanks to fracking, a lot of LNG does escape unburned into the atmosphere, the amount accelerating in recent years due to venting, flaring, leaks, spills and other factors tied to the drilling method.

Methane emissions rose in the last two decades of the 20th century and then stabilized in the first decade of 21st century. But between 2008 and 2014 — at the height of the fracking boom — methane levels climbed from 570 billions tons to 595 billion tonnes annually.

Robert Howarth, a professor at Cornell University, recently calculated that one-third of total rising global methane emissions came from one source, “the commercialization of shale gas and oil in the 21st century.”

If you want to slow global warming immediately, Howarth recommends, “the best strategy is to move as quickly as possible away from natural gas, reducing both carbon dioxide and methane emissions.”

According to the Wall Street Journal, the industry annually flares off more than five trillion cubic feet of methane, or several billions of dollars worth, mostly as waste from fracked oil fields.

Last year, satellite imagery discovered that just one major well methane blow-out at a well site in Ohio released more methane into the atmosphere than several European countries over a 20-day period. Well blow-outs happen in Alberta and B.C. too.

According to Environmental Defence Fund, which has carefully studied methane leakage in conjunction with industry experts for years, three per cent of the methane produced at shale gas fields leak and destabilize the atmosphere. “The potency of those emissions make natural gas from these sites worse than U.S. coal in terms of its impact on climate change.”

Analysts note that if industry kept this leakage rates below one per cent, it could argue that methane is cleaner than coal. But to date they haven’t.

A recent paper on the state of leaking wells in British Columbia also emphasized that under-reporting was a major problem. It estimated that 10 per cent (2329 wells) of the province’s 21,000 wells tested for leakage spew about 75,000 tonnes of methane a year. “However, this number is likely higher due to underreporting.”

The study explains that reporting of wellbore leakage in B.C. only goes as far back as 1995, and there is currently no requirement to test for leaks at the province’s nearly 6,000 abandoned wells. “In Canada, there is no requirement to monitor wells for leakage following their abandonment, despite the fact that gas leakage from abandoned wells in the province is a well-documented phenomenon.”

To date, most estimates on well leakage in B.C. and Alberta are based on just one-time measurements. But a variety of factors can affect how methane moves and pulsates through the earth as it searches for pathways to the surface or into groundwater. One of those factors is barometric pressure. (Earthquakes are another.)

High-pressure fronts tend to keep methane in the ground. But an important study by UBC researchers found that low-pressure fronts encourage methane’s release by more than 20 fold. That means current regulatory monitoring doesn’t provide adequate estimates of gas leakage and that frequent and continuous methane monitoring is required — something Canadian regulators and industry have avoided.

Even the Canadian Energy Research Institute, a pro-industry group, has aptly summed up the problem of extensive methane leakage from industry: “There is a consensus about a knowledge gap in the amount of methane emitted from the natural gas supply chain.”

2. There is no guarantee LNG will ‘replace’ Asia’s coal burning

But what about industry’s claim that Canada’s clean LNG will replace dirty coal-fired power in China and India?

Chinese homeowners adopted new clean stoves but kept their coal and wood stoves working too. Canadian researchers noted that “Efforts made by governments, NGOs, and researchers to incentivize households to switch entirely to clean fuel stoves and give up their traditional stoves — even in highly controlled randomized trials — have largely failed.”

In fact, people rarely substitute energy sources because they prefer to augment them and thereby use more energy. In all likelihood LNG imports would end up just supplementing energy demand. 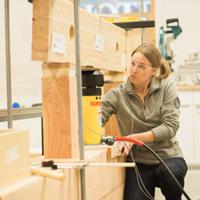 Imagining Northern BC Without Oil and Gas

And that’s exactly what the Chinese are now doing with coal. Rather than treat coal as hostile to the planet’s fate, China now plans to fund $36-billion worth of coal-fired plants in Pakistan, South Africa, Bangladesh, and Vietnam, while at home coal power generation has been rising at six per cent per year.

In fact, a major component of China’s climate plan has nothing to do with methane. It encourages replacing inefficient, older coal plants with ultra-efficient ones.

David Hughes, one of Canada’s foremost energy analysts, recently did the math on life cycle methane emissions from B.C. LNG and new coal plants in China. He found that “best-technology coal would have 19.2 per cent fewer emissions at 20 years than B.C. LNG.”

Don’t expect to hear any of this if you’re in the audience when Canada’s virtue-signalling LNG boosters make their pitch.