Imagine you awake early one morning to hear about the disappearance of 100 million people from North America. That’s right. A hundred million people removed from the continent’s population over a 50-year period.

Oh my, you might say over your coffee. How catastrophic. “I live here. And why didn’t anyone notice?”

And that news is followed by another tidbit that says 400 million citizens have also disappeared in Europe in less than two decades.

Oh no, you might add. “I have relatives there.”

Then you look for the causes. The researchers share what they know.

The majority of the disappeared, they say, simply lost their homes and never recovered from the trauma, like Australians overwhelmed by bushfires. Others died in accidents or were systematically poisoned.

So what do you make of this information?

Is it fake news? Do you sit mortified in your chair? Do you scream? Do you reach for an opioid? Do you put on augmented reality glasses?

Do you warn your loved ones about this invisible calamity? Do you ask, “Will I be next?” Or do you finish your coffee with an air of resignation, send out a tweet, and carry on with a game of Angry Birds?

News of the scale of the ongoing bird holocaust arrived as part of a daily flood of information last fall in a study published by Science magazine. Both Canadian and U.S. researchers, using a combination of bird survey counts and radar data on biomass readings in the sky, found North America had lost about three billion birds in the last 50 years. Put another way, the descendants of dinosaurs are leaving us.

In 1970, 10 billion birds, the most studied of all the planet’s wildlife, filled the continent with song and flight. Now, only seven billion remain.

In 1970, there were 45 birds for every industrial citizen living in Canada and the U.S. Now, the figure is down to 20 birds.

The reasons were all predicted. We destroyed their homes by ploughing grasslands, developing coastal wetlands or felling forests. Or we simply poisoned them.

Just a few bird families, including the subjects of poetry and song, have absorbed more than 90 per cent of the total cumulative loss: sparrows, warblers, blackbirds and finches.

More than half of the continent’s grassland birds have disappeared, 717 million in total. The forests, including the great boreal, have lost more than one billion birds.

Birds also are shrinking in size.

University of Michigan researchers learned this because an employee of Chicago’s Field Museum, David E. Willard, carefully retrieved the dead birds that collided into the city’s skyscrapers during spring and fall migrations for 40 years.

From Willard’s collection, which included 50 different species of migratory songbirds, researchers discovered that birds reduced their body size by 2.6 per cent. At the same time, the boreal songbirds increased their wing length, perhaps to compensate for losses in body weight. Researchers tie the shift to climate change.

Birds have little value in a world designed to put humans first, even in the skies. Birds can’t carry weapons or spy on humans. We have invented drones to do that. Birds cannot transport nearly five billion humans around the planet, so we have jets.

For 300 million years, however, birds have been entirely reliable servants of the natural world. Birds pollinate flowers. They disperse seeds. They fertilize soils. They control insects. They provide meat for the table. They clean up rotting flesh. They bring song to the forest. They help wolves and other predators hunt. They remind us that evolution is a miracle and that dinosaurs still live on earth. They fill our hearts and dreams with joy and wonder. They symbolize freedom, spirit and imagination. They remind us — a species “submerged in materialism,” as Simone Weil often wrote — that there was a natural world before us, just as there will be a world long after what we’ve constructed collapses.

I have never been a great bird student or fastidious bird watcher. But I don’t think you have lived if you haven’t seen a group of sandpipers advance and retreat before the waves on a beach like laughing children. Or watched a hummingbird hover over a bright flower like a smitten lover. Or heard the otherworldly giggle of a bald eagle.

But the birds are now leaving us.

In France, two recent studies documented that bird populations there collapsed by one third over the last decade in a half.

“The situation is catastrophic,” noted biologist Benoit Fontaine at France’s National Museum of Natural History. “Our countryside is in the process of becoming a veritable desert.”

The disappeared included the common whitethroat, the ortolan bunting, the meadow pipit and the Eurasian skylark. Forty different migratory songbird species that once decorated European skies are now in free-fall.

French researchers suspected that insecticides used to support convenient monocultures of wheat and corn had played a dramatic role in the disappearances. Other studies note that while flying insect populations have declined by 80 per cent, continental bird populations lost 400 million members in just 30 years.

The same killers that make birds disappear in North America also stalk Europe. They include routine home destroyers and poisoners that blithely carry on the business of industrial agriculture.

But there too are intentional murderers. An estimated 25 million birds are slaughtered illegally for food, sport or trade in the Mediterranean every year.

These continental losses are occurring alongside the global collapse of migratory shorebirds, or what ornithologists call “the planet’s most extraordinary global travellers.”

These avian wonders, which can weigh as little as an ounce, can fly over 14,000 kilometres from one end of the world to another without buying a thing or streaming a movie. Their impossible migrations depend on clean oceans, estuaries, rivers, lakes, lagoons and marshes. Unfortunately, our technological society does not value wetlands and estuaries. Meanwhile, climate change is inviting insects to hatch before the shorebirds incubate their eggs. And so pectoral sandpipers and Hudsonian godwits have lost more than 50 per cent of their original numbers.

Neonicotinoids also appear to be playing a big role in the disappearances. This insecticide attacks the brain and is widely used to treat agricultural seeds. A white-crowned sparrow, say, that ingests a seed treated with neonicotinoids will stop eating, and lose mass and body fat during a migratory stopover. In technical prose that muffles the horror, Canadian toxicologists say, “These results confirm a link between sublethal pesticide exposure and adverse outcomes for migratory bird populations.”

To date the political response to these “adverse outcomes” has been incredibly muted, and that should not surprise us. The French social critic Jacques Ellul observed more than half a century ago that technological society has one primary ethic: it works to destroy, eliminate and subdue the natural world and replace it with artificial conceits and managed monocultures.

Of all the birds alive today, 70 per cent, primarily chickens and turkeys, live in factories while just 30 per cent remain wild.

James Bridle, a brilliant British artist and computer scientist, believes that the dominance of so-called smart machines in all aspects of our lives has created a new dark age.

Technology may have given us a greater vision, but it has muted our ability to act because we have become so numbed by its conveniences. The dismal documentation of dramatic bird losses proves that as the machine world offers endless data about this and that, we become less and less able to do anything about it.

“The resulting sense of helplessness,” writes Bridle, is “driving us deeper into paranoia and social disintegration: more surveillance, more distrust, an ever-greater insistence on the power of images and computation to rectify a situation that is produced by our unquestioning belief in their authority.” 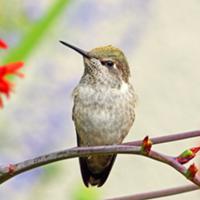 Our failure to respond to the Syrian genocide, the climate emergency or the insect apocalypse is not due to a poverty of information, says Bridle. More data shared won’t save birds or us.

The failure instead comes from political, moral and imaginative weaknesses.

We feel we must accept, even defend, the murderous machine of industrial agriculture because it now feeds nearly eight billion humans. It is our sacred technique.

What’s a few birds sacrificed at the altar of progress, anyway?

And now the birds are leaving us.