Dorothy Woodend, the Tyee’s culture editor and essayist, is this year’s “humbled” recipient of the prestigious Max Wyman Award for Critical Writing.

The $5,000 prize celebrates critical commentary on the visual, performing and literary arts, explains a release by the Jack and Doris Shadbolt Foundation for the Visual Arts announcing the news.

“It is intended to honour informed and compelling writing that stimulates critical thinking, fosters ongoing discussion about the role of arts and culture in contemporary society and demonstrates the value of creative commentary in our understanding of the world around us.”

The recognition for writers with a “significant body of work” was established in 2017 by philanthropist Yosef Wosk to honour the career and lifetime contributions of the Vancouver author, arts critic and commentator Max Wyman.

“Much has been made in recent years of the so-called death of criticism at the hands of social media,” said Wosk about Woodend’s selection. “But in a time of unprecedented social upheaval, informed discussion of the imagined alternatives presented by our artists becomes a vital part of our forward journey. I am delighted that this prize is going to a writer of such insight, empathy and courage.”

“I’m really humbled and incredibly honoured to receive this award,” said Woodend today. “I never intended to be a writer, it just kind of worked out that way! I learned the hard way by making plenty of mistakes but trying to get better every day.”

She added, “In a time when everything feels like it’s coming apart at the seams, arts and culture are critical. Not only to get us through the most challenging moments, but to remind us of the very best and beautiful things that humans are capable of.”

“Dorothy and I go way back before she racked up so many awards,” said Tyee founding editor David Beers, who also worked with Woodend when she wrote for a section of the Vancouver Sun called Mix. “She’s always had an amazing ability to meld social justice, aesthetic discernment, humour and fierce common sense in her prose. As you can imagine, Dorothy is just as great in person as she is leaping off the page.”

“Dorothy is the kind of writer you immediately want to be friends with — and you should be, she’s a wonderful friend,” said Tyee editor-in-chief Robyn Smith, who often handles Woodend’s columns. “She has the very best taste, and the very biggest heart. We’re so proud of her for receiving this recognition.”

Woodend is a member of the Broadcast Film Critics Association, the Vancouver Film Critics Circle and the Alliance of Women Film Journalists. She programmed and directed Vancouver’s documentary film festival DOXA. 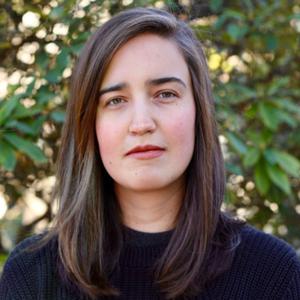 Paloma Pacheco, who writes about culture for The Tyee and others, will receive a residency at the Banff Centre for Arts and Creativity. She was selected by Dorothy Woodend, whose Max Wyman Award includes the opportunity to choose a talented emerging cultural critic for the honour.

As recipient of the Max Wyman Award, Woodend was invited to choose an emerging critical writer to receive a mentorship prize. She picked Paloma Pacheco, a Vancouver-based freelance writer whose work has appeared in The Tyee and elsewhere. Pacheco receives a residency at the Banff Centre for Arts and Creativity.

Expressing her appreciation, Pacheco said, “Dorothy’s writing and thinking about culture and the arts in B.C. and beyond has inspired and informed my own approach to critical writing. Her work embodies what I view as the foundational pursuit of cultural criticism: to help us think better and differently about the world and about our place in it. I firmly believe that arts and culture writing is an essential part of our media landscape, and I only hope I can do this award justice by continuing to improve my contribution.”

She added, “I am very excited about the chance to visit the Banff Centre when it reopens and can’t wait to learn from their talented faculty and mentors. I hope to be able to spend my time there honing my writing skills and also immersing myself in their wealth of resources on the visual and literary arts.”

“The Banff Centre is delighted to be part of this important initiative,” said centre vice-president of arts and leadership Howard Jang. “We see the mentorship as a perfect fit with our central aim to unleash creative potential through cross-disciplinary learning.”

Woodend herself expressed gratitude for guidance and support over time, thanking “so many who taught me the value of clear thinking and fair criticism, starting with my mother Luanne Armstrong.”

“I am most happy about getting to help another writer who is embarking on what I know will be an amazing career,” said Woodend of Pacheco. “Working in the arts can sometimes feel like a labour of love, but that’s also the beauty of it.” 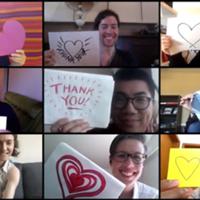 Announced at the same time were three winners of VIVA Awards, given since 1988 to assist and encourage visual artists in British Columbia. They are Lucie Chan, Cindy Mochizuki and Tania Willard. Each receives $15,000.

Said Greg Bellerby, chair of the Jack and Doris Shadbolt Foundation: “Jack being an artist and Doris a curator and writer, they understood the challenges faced by artists. They understood the financial demands of sustaining an art practice and the determination required to be successful. The VIVA Award is a way for the community to honour and celebrate the creative individuals in our province.

“2020 has been a year like no other. The COVID-19 pandemic meant that we could not present the awards at a public event as we normally do. Instead we will rely on celebrating the achievements of our VIVA Award recipients virtually. It is our hope that we will be able return to a public celebration in the future.”